Over the past month, Trump administration officials have faced questions about the treatment of children and families by immigration authorities. The president has been notably hostile to asylum-seeking unaccompanied minors, claiming that they’re not innocent, despite looking so. His administration has willingly separated undocumented minors from their parents, with Chief of Staff John F. Kelly dismissing concerns about the perceived cruelty of such policies by stating that the children will be taken care of – put into foster care or whatever.

This is not the first time that the U.S. government has had to deal with unaccompanied minors or with issues of parental rights of migrants. In the 1960s, the federal government instituted a program that welcomed unaccompanied refugee minors, amid fears that the Cuban government would separate families as political punishment. This history makes the current policy, in which the United States has become the one threatening to separate families as punishment for undocumented migration, even more troubling.

In the aftermath of the Cuban revolution, amid the influx of exiles opposed to Fidel Castro’s regime, unaccompanied minors were treated differently by the federal government compared with recent arrivals. The children who fled to the United States as a part of what a journalist called Operation Pedro Pan had a distinct advantage over recent waves of unaccompanied minors: It was politically useful to U.S. foreign policymakers during the Cold War that the children be received with open arms. This allowed for the federal government to put restrictionist impulses aside in favor of political expediency.

Cuba’s central role in the Cold War is crucial to understanding this policy change. Though many Cubans welcomed the ouster of dictator Fulgencio Batista in 1958, not all welcomed Castro’s growing connections to the island’s Communist Party. Thousands of Cubans sought to leave the island for the United States and other countries. Cubans with children who actively opposed the regime or could not secure their own exit faced an agonizing choice: They could remain on the island and have their children grow up in a socialist system, or they could send their children to another country and hope to reunite with them as soon as they were able. CIA-sponsored broadcasts encouraged them to send their children away by helping to circulate rumors that the revolutionary government had plans to do away with parental rights or perhaps relocate children to the Soviet Union as retaliation against parents actively opposed to the regime.

These unaccompanied minors faced a very different reception than the minors now fleeing violence and instability in Central America. The United States recognized that images of well-dressed Cuban exiles on American soil had strategic value for the Cold War in Latin America. The U.S. government could use their flight from Cuba as evidence of the failures of communism. The aid that the federal government provided these exiles could signal to allied governments in Latin America that the United States was a dedicated partner.

The children, then, were welcomed to the United States as part of an open-door policy for anti-Castro exiles. Early on, parents sent their unaccompanied children to Miami on tourist visas to stay with family or friends. The federal government partnered with Miami’s Catholic Church, which was already offering aid to unaccompanied Cuban minors, to provide an official pipeline for the children’s migration by secretly distributing visa waivers to dissident parents concerned about their children. The head of Miami’s Catholic charities, Father Bryan Walsh, initially secured 250 visa waivers for Cuban children from the State Department and committed the Catholic Welfare Bureau to their care.

The program ran secretly between December 1960 and October 1962, when it was disrupted by the Cuban missile crisis. Originally intended to bring the children of those who actively opposed the revolutionary government, Operation Pedro Pan soon became a path for thousands of families to put their children outside the reach of Castro’s government. In this period, the U.S. government and its partners in Miami and in Cuba brought 14,124 children to the United States.

Moreover, the federal government committed to funding the Catholic Church’s care of those children who could not be immediately reunited with family. Up to half of the children brought to the United States were placed with family members upon arrival in Miami. The rest were cared for by the Catholic Welfare Bureau’s Cuban Children’s Program until they could be reunited with parents or other family members, or until they reached adulthood.

Because the program had been developed to preserve parental rights, none of the children was placed for adoption in the United States. Instead, the Catholic Welfare Bureau found temporary care for children in group-care and foster-care settings. The most innovative setting for the care of these children was in the program’s facility in Florida City, which combined group activities and individual placement with Cuban foster families to ease the shock of the experience.

To Walsh and many of the others involved, the program was hugely successful in protecting the children and their parents’ rights from Castro’s government. Many of the Pedro Pan children would remember the program fondly, but the trauma of separation, feelings of abandonment and instances of abuse or discrimination resonated with others. Ultimately, direct migration to the United States was halted after the Cuban missile crisis, leaving many children separated from their parents for years.

Operation Pedro Pan and the Cuban Children’s Program were not perfect. They originated from the confluence of genuine humanitarian concern and a calculated move in the U.S. government’s ongoing conflict with Cuba’s revolutionary government. While the exodus was largely conducted in secret to protect the children and could not be used for propaganda, the project helped to foster disaffection with the Cuban government, encouraging parents to migrate to the United States and destabilize the revolutionary government back home.

Neither the Cuban diaspora nor the best-laid plans of U.S. policymakers resulted in the fall of Cuba’s revolutionary government. While many of the structures that sought to aid Cuban exiles in the 1960s remained in place for decades, the political expediency of aiding new waves of Cuban migrants eventually fell away. And because the political use for diasporic Cubans came from their status as refugees from a communist regime, the advantages presented to them never became a standard for other migrant groups or even other asylum seekers. When significant numbers of unaccompanied minors from Central America started arriving at the border seeking asylum during the Obama administration, admitting these children was treated not as politically advantageous but as a liability.

Today, unaccompanied children seeking asylum and undocumented families are again politically useful. In this case, however, they are held up by the Trump administration as the reason for restrictive immigration policies. And almost 60 years after Operation Pedro Pan, we should be concerned that ours is now the state threatening to punitively separate children from their parents. 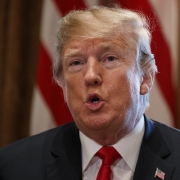 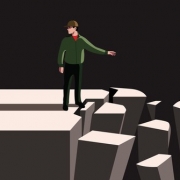 To Free Detained Children, Immigrant Families Are Forced to Risk Everything 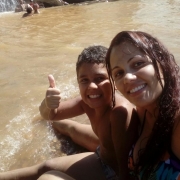 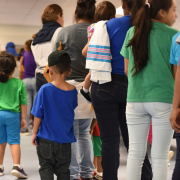 The care of immigrant children in U.S. detention 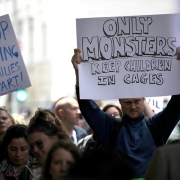 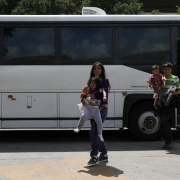 Another Cause Of Doctor Burnout: Being Forced To Give Immigrants Unequal Ca... Scroll to top