Details of the Trump administration’s new forced separation policy of separating migrant children from their parents have horrified observers of all political persuasions. Though the policy is only two weeks old, over 650 children have been torn from their families since it began.

There have been harrowing stories of infants taken from their parents’ arms, of refugees who fled gang violence in Central America accused of being gang members themselves and having their children sent thousands of miles away to detention facilities.

Attorney General Jeff Sessions said in announcing the policy that a crisis has erupted at our Southwest Border that necessitates an escalated effort to prosecute those who choose to illegally cross our border. He continued, To those who wish to challenge the Trump Administration’s commitment to public safety, national security, and the rule of law, I warn you: illegally entering this country will not be rewarded.

There’s actually a lot in there, but it boils down to four claims: public safety, national security, the rule of law, and the need for a deterrent against further immigration. The trouble is, none of those claims hold water legally or ethically.

Legally speaking, the Constitution strictly forbids separating parents and children for any reason save one: if the parent is a threat to the child. This right is grounded in Fifth Amendment due process, as courts (and in particular conservative judges) have consistently held. As the Supreme Court held in 2000, the interest of parents in the care, custody, and control of their childrenâ€¦ is perhaps the oldest of the fundamental liberty interests recognized by this Court.

That fundamental right is now the basis of a class action lawsuit filed by the ACLU. Due process protects family unity, Lee Gelernt, the lead lawyer of the case, told The Daily Beast. The only reason compelling enough [to tear apart the family] is if there is a danger to the child.

Obviously, no such danger exists, or has even been alleged, in the hundreds of cases of forced separation that have taken place over the last month. That’s not the point of the separation. The point, as Sessions said and as the government has said in the ACLU case, is strict enforcement of immigration law.

But that purpose does not justify separating children from their parents.

Our lawsuit doesn’t prevent the government from detaining migrant families-just from separating them, Gelernt noted. You can hold them in a family detention center.

Indeed, the forced separation policy flouts numerous international legal norms. For example, Article 9 of the United Nations Convention on the Rights of the Child, requires that the best interests of the child shall be a primary consideration in all administrative actions. Article 9 specifies that Statesâ€¦ shall ensure that a child shall not be separated from his or her parents against their will, except when competent authorities subject to judicial review determine, in accordance with applicable law and procedures, that such separation is necessary for the best interests of the child.

Now, as it happens, the United States is, literally, the only country in the world that has not joined that convention. It requires Senate ratification, and some conservative senators believe it would trample on U.S. sovereignty and, by granting rights to children, interfere with familial rights. But as a legal norm, the best interests of the child generally and opposition to forced separation specifically has long been encoded in American legislation, administrative law, and government policy.

The ethical failings of forced separation, though, are even more pronounced.

First, there is absolutely no evidence that this policy change will affect the calculus of a mother fleeing gang violence in Guatemala. But even if it would, the policy punishes children in order to change parental behavior. That is immoral. You don’t punish an innocent person to try to get a guilty person to do something.

And let’s be honest: Among Trump’s supporters, the real reason isn’t deterrence-it’s punishment. These illegals are breaking the law, after all. If they didn’t want this to happen, they shouldn’t have come here in the first place.

If you’re smuggling a child, then we’re going to prosecute you, and that child will be separated from you, probably, as required by law. If you don’t want your child separated, then don’t bring them across the border illegally. It’s not our fault that somebody does that. That’s Sessions again, this time speaking on May 7, when the forced separation policy was put into place.

If it’s not our fault, is it the child’s fault?

That, too, is immoral. It’s making the sins of the father the sins of the son, in Biblical language. No 3-year-old is morally responsible for the actions of their mother or father. And yet the child is punished for them.

Children aren’t the property of their parents; this isn’t like taking away someone’s house or car. Children are people, with their own rights-limited, of course, but still there-and status as moral subjects. Punishing them for someone else’s misdeeds-setting aside the question of whether fleeing gang rape and murder is a misdeed-is immoral.

And make no mistake: the children are the ones who are punished the most. Numerous studies have shown the negative consequences-increases in anxiety, depression, aggression, and cognitive impairment-of separating young children from their parents, even for as little as two weeks.

The separations we’re talking about can last for months-longer, if the parents are deported.

Children are people, with their own rights-limited, of course, but still there-and status as moral subjects.

And that’s not even taking into account the systematic abuse of migrant children, as revealed in an unrelated ACLU investigation of abuse in Customs & Border Protection (CBP) custody from 2008 to 2014. That investigationuncovered abuses including denial of medical care; verbal threats; physical and sexual abuse; and inhumane detention conditions.

(Incidentally, these abuses do not include the losing of 1,475 migrant children who had been placed with sponsors. Many factors may account for the children being lost to the system-some may have gone to live with relatives who are themselves undocumented, some may be with sponsors who simply didn’t respond to survey questions-and the last thing immigration advocates want is some government police force hunting down those kids.)

Of course, when a person commits a crime, they may be sent off to jail, even if that means separating them from their children. But that’s not like taking a child away from their parents when the child has nowhere else to go. And let’s remember, these forced separations happen at the beginning, not the end, of a long process.

The ACLU lawsuit tells the stories of several asylees who were deemed to be totally justified (they faced a credible threat of violence in their home countries) and who still had their children taken away. In other words, everyone was innocent, including the parents. But the children were separated at the very beginning, and it took months for the legal process to unfold. Many such processes take years.

As a parent myself, I cannot understand how social conservatives interested in family values can stomach the moral evil of forced separation. To be more honest, I find myself filled with rage. To think that there is any good reason of any kind for ripping an 18-month-old out of the arms of her mother-I find that to be pure evil.

I think we will be judged by future generations on the basis of how immigrants-illegal as well as legal-are being treated right now. As a nation, we are failing morally, just as we did with Japanese internment camps, or Bull Connor’s dogs attacking civil rights workers, or Ronald Reagan ignoring the AIDS crisis. And just as we look back with contempt on those past moral failings, so too our children will look back on forced separation and wonder what the hell we were thinking. We will deserve their harshest condemnation. 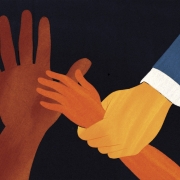 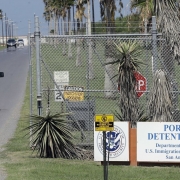 The immigration crisis is about the devaluation of love

Donald Trump has no answers for the border crisis. And things are about to get worse.
0 replies

Shelters for Child Migrants Near Capacity as Children Are Separated From Parents... Scroll to top