DESPITE PRESIDENT TRUMP’S tough talk about deporting millions of bad hombres, the overwhelming majority of illegal immigrants in the United States have no criminal record. That poses a quandary for deportation agents who, prodded by the administration to get tough, have intensified the pace at which they round up not just criminal undocumented immigrants, but law-abiding ones as well.

Of roughly 143,000 unauthorized immigrants living in the United States who were arrested by Immigration and Customs Enforcement agents in the fiscal year that ended Sept. 30 – a 30 percent increase over the previous year – more than a quarter had no criminal convictions. As for those who had been convicted, most were guilty of non-violent charges including drug, traffic and immigration offenses such as re-entering the country after deportation.

Many Americans may feel little compunction about ferreting out illegal immigrants with criminal records, but what of the tens of thousands convicted of no crime or never even arrested for one? Remember: Most unauthorized immigrants (excepting those arrested at the border) have been living in the United States for at least 15 years, and large numbers have spouses, children and other relatives who are citizens.

The president’s hard-line posture is likely to play well with his base; it’s not going to fundamentally change the scale of illegal immigrants living in this country. Excluding illegal border-crossers picked up at the Southwest frontier and quickly removed, about 82,000 illegal immigrants were deported in the past year, a 25 percent increase from 2016 but not enough to make a big dent in the 11 million who remain in the United States.

What’s more significant is the apparent decline in attempted illegal border crossings, as measured by Border Patrol apprehensions, which, at 310,000 in fiscal 2017, hit a 46-year low. Fewer apprehensions mean fewer illegal crossing attempts. That’s a good thing, reflecting, most recently, Mr. Trump’s campaign rhetoric, as well as the continuation of a long-term decline since 2000, when apprehensions exceeded 1.6 million. During that period, economic conditions have improved inside Mexico and the Border Patrol has doubled its number of agents.

The broader dysfunction in America’s immigration system remains largely unchanged. Federal immigration courts are grappling with a backlog of some 600,000 cases, an epic logjam. The administration wants to more than double the number of the 300 or so immigration judges, but that will take time. And its recent moves to evaluate judges based on the speed with which they handle dockets that typically exceed 2,000 cases, rather than on fair adjudication, is a recipe for assembly-line injustice.

Mr. Trump’s campaign bluster on deportation was detached from reality. He said he’d quickly deport 2â€‰million or 3 million criminal illegal immigrants, but unless he’s counting parking scofflaws and jaywalkers, he won’t find that many bad hombres on the loose. In fact, legal and illegal immigrants are much less likely to end up in jail than U.S. citizens, according to a study by the Cato Institute.

The president’s sound and fury on deportation signify little. He has intensified arrests, disrupting settled and productive lives, families and communities – but to what end? Only an overhaul of America’s broken immigration system offers the prospect of a more lasting fix. 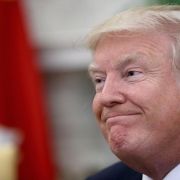 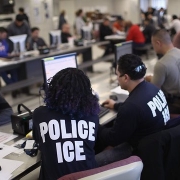 ICE seeking to restart deportation cases for immigrants arrested or convicted of a crime: report 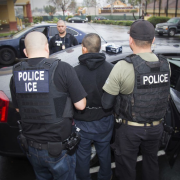