The Trump administration has tapped immigration hard-liner Ronald Mortensen to be the assistant secretary of state for the Bureau of Population, Refugees and Migration.

Mortensen, a fellow at the Center for Immigration Studies, a Washington-based think tank that advocates restricting legal and illegal immigration, previously worked for the State Department as a foreign service officer, according to his biography on the center’s website.
Mortensen’s nomination was announced by the White House on Thursday, among several others, and has to be confirmed by the Senate.
The bureau that Mortensen would be in charge of is expected to provide “protection, ease suffering, and resolve the plight of persecuted and uprooted people around the world on behalf of the American people,” according to its mission statement.
According to the State Department, this includes working with refugee and at-risk populations to offer protection and aid.
Mortensen has written several articles published on the Center for Immigration Studies website that are highly critical of Deferred Action for Childhood Arrivals, a program put in place by the Obama administration that offers protection from deportation for certain individuals who were brought into the United States as children.
In a post he penned in 2009, Mortensen claims that “illegal immigration and high levels of identity theft go hand-in-hand,” “children are prime targets” of identity theft by undocumented immigrants and “Illegal aliens commit felonies in order to get jobs,” among other things.
In February 2017, Mortensen wrote that “President Trump’s Executive Order 13768, ‘Enhancing Public Safety in the Interior United States’, has shocked illegal aliens and their supporters because, unlike the Obama administration, the Trump administration will not ‘exempt classes or categories of removable aliens from potential enforcement.’ This means that the vast majority of people unlawfully in the United States are once again subject to deportation.”
Read more:https://www.cnn.com/2018/05/24/politics/assistant-secretary-of-state-ronald-mortensen/index.html
May 25, 2018/0 Comments/by unitedwestay
https://move.unitedwestay.org/wp-content/uploads/2018/05/130603131322-state-dept-exterior-file-gi-exlarge-169.jpg 438 780 unitedwestay http://move.unitedwestay.org/wp-content/uploads/2020/01/logo_UWS_trans.png unitedwestay2018-05-25 16:51:502018-05-25 16:51:50Trump administration nominates immigration hard-liner for migration post at State Department 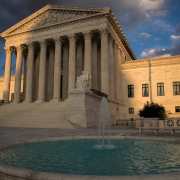 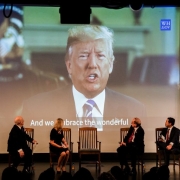 ICE Detains Chemist Living In The U.S. For 31 Years In Front Of His Children