The number of unaccompanied migrant children arriving at the U.S.-Mexico border has nearly doubled in recent weeks, and smugglers are using riskier tactics to get them across, a top U.S. Border Patrol official says.

Agents are apprehending an average of 153 young migrants a day at the border since October, up from about 80 a day earlier this year, Deputy Chief Raul Ortiz, Border Patrol’s second in command, said in an interview with USA TODAY.

In all, Border Patrol agents apprehended 4,764 unaccompanied minors in October, up from 741 in April – a more than 540% jump, according to court filings by U.S. Customs and Border Protection, which oversees the Border Patrol. In a six-day span in November, border agents apprehended 997 unaccompanied minors – more than in the entire month of April.

Most worrying are the large numbers of those considered “tender age” – 12 and younger and sometimes as little as 7 months old, he said. In October, agents rescued two Honduran siblings – a 13-year-old boy and a 9-year-old girl – from an island in the Rio Grande near Eagle Pass, Texas. On Monday, 10 migrants under 14 were stopped by border agents in South Texas, Ortiz said.

“By itself, those numbers are a little alarming,” he said. “What is concerning is this tender-age population.”

Unlike similar surges in young migrants last year and in 2014, when the minors largely turned themselves in to border agents after crossing into the U.S., smugglers this year are trying to sneak the minors furtherinto the U.S. through remote areas of South Texas, floating them across the Rio Grande in rickety rafts and hiding them in stash houses, he said.

In recent months, agents have uncovered dozens of immigrants crammed into horse trailers or buried in hidden floors of trailer trucks. Often, children are squeezed in among them, Ortiz said. Last month, four unaccompanied juveniles were among the 38 immigrants found in a Rio Grande City, Texas, stash house. Border intel agents say more are on the way, he said.

“I really am worried that something terrible may happen to one of these groups,” Ortiz said.

Influxes of unaccompanied minors have often presented challenges to federal authorities who, under U.S. law, need to house and process them separately from adults. But with the specter of the coronavirus pandemic hanging over the U.S.-Mexico border, capacity for these children is dwindling, just as their numbers are rising.

Though the agency usually has 13,764 beds for minors, only 7,971 are available because of COVID-19 restrictions, according to the U.S. Office of Refugee Resettlement, the agency charged with caring for them. Under a 2008 anti-trafficking law, border agents are supposed to turn minors over to the resettlement agency within 72 hours, where they’re held temporarily and released to relatives or guardians in the U.S.

Up until last month, federal agents were quickly expelling the young people under the Trump administration’s controversial Title 42 policy, which allowed agents to return the minors to their countries of origin over concerns of spreading the coronavirus to border agents or other detainees.

A federal judge in November ordered the government to cease the quick expulsions, siding with legal advocates who said the children were being stripped of their legal protection under U.S. law. Federal lawyers have appealed the ruling. The government has expelled more than 200,000 migrants under the policy since March, including 8,800 unaccompanied minors, according to The Associated Press.

It’s shocking and egregious that the government would continue to use this thinly veiled pretext of public safety to violate children’s human rights, said Neha Desai, an attorney with Oakland-based National Center for Youth Law who represents migrant children.

Ortiz said the policy has helped shield agents from the virus. Three Border Patrol agents and one contractor have died from COVID-19 since the start of the pandemic, he said. Customs and Border Protection has lost about 18 staffers, he said.

“It’s been devastating to us and our workforce,” Ortiz said.

Border agents began noticing an increase in crossings of minors in late summer, even as many of the children were quickly sent back across the border. Unlike the Trump administration’s Remain in Mexico policy, where migrants are processed and given a court date before being delivered to Mexico to await their hearing, those expelled under Title 42 were driven to Mexico or flown back to Central America without a return path to asylum in the U.S.

Jennifer Podkul, vice president of policy and advocacy at Kids in Need of Defense, a Washington-based advocacy group, said legal advocates at the border have often lost touch with expelled children.

The U.S. government “used to say they were concerned about the safety of children, worried about their human rights, Podkul said. All those arguments seemed to have disappeared so they could implement Title 42 and push people back over the border.

Government facilities housing the minors have also been off-limits to visitors amid COVID-19 concerns, limiting how much interaction legal advocates have with the children, she said.

“We have grave concerns about the safety of these kids, Podkul said.

The number of unaccompanied minors is still well below last year’s steep influx, when agents apprehended 11,475 minors in just one month.

But back-to-back hurricanes in Central America, which displaced thousands of people, and economic and public health turmoil wrought by the coronavirus could lead to more migrants arriving at the U.S. border, advocates said.

Linda Bradmiller, a San Antonio-based immigration attorney who represents mostly juveniles, said the most alarming part of the past few months has been how quiet her office has been.

Bradmiller is usually busy fielding phone calls from relatives of unaccompanied minors to represent them in immigration court or meeting with new clients. Since March, the phone calls have all but stopped and the number of new cases has plummeted, she said. Bradmiller said she worried many of the minors were returning to dangerous situations in their home countries, without a legal path back to the U.S.

They’re in a black hole, she said. 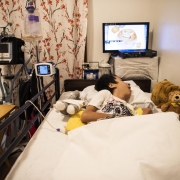 He Risked His Life For Americans In Afghanistan. Trump Won’t Let Him See His Family In Jersey. 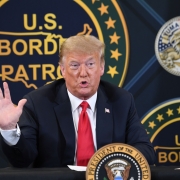 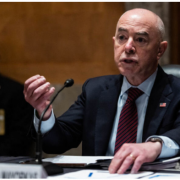 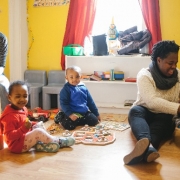 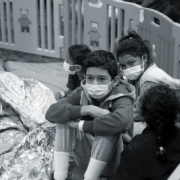 I Asked Obama’s Refugee Chief: The US Really Can Handle Both Unaccompanied Kids and More Refugees
0 replies

A federal court just reinstated DACA, and the implications go far beyond im...