With a steady pipeline of unsettling images and reports coming from the border related to the Trump administration’s child separation policy, more than half a million Facebook users have opened their digital wallets to help.

Since going live on June 16, an online fundraiser of the Texas-based Refugee and Immigrant Center for Education and Legal Services, Reunite an immigrant parent with their child, has pulled in more than $20 million in donations. Besides providing a financial outlet for giving, the page has also become a sort of informal town hall for opponents of President Trump’s immigration policy. Loving our neighbors will keep America great! one poster wrote over the weekend. I care, another added simply.

But last week, an off-note was dropped into the fundraiser’s online chatter.

Waste of money, a Facebook account belonging to a Salem, Ore., man named Gerod Martin posted on the fundraiser’s page last Wednesday, according to images saved by the Oregonian. They’re lucky we aren’t executing them.

The comments drew increased scrutiny because Martin’s page included pictures of him in military uniform. Just a young buck serving his country, he wrote on the page, the Oregonian reported.

The Oregon National Guard confirmed Martin is a private first class with the guard, KATU reported. Maj. Stephen Bomar told the station Martin will face punishment for his comments about executing migrants.

Online calls for violence against immigrants have surfaced in recent weeks as the border crisis continues to dominate the national conversation. Last week, the Oregonian reported that an Oregon Department of Transportation employee was placed on leave pending an investigation after an outcry over a Facebook comment.

I personally think they should shoot them all at the border and call it good, the state worker, Lori McAllen, wrote online, according to the paper. It’ll save us hard working AMERICAN’S billions of dollars on our taxes! 😉

Alabama-based musician Phillip McCain also became the target of a social media outcry after an image of a Facebook comment he made began circulating online, USA Today reported. In the post, McCain said he would volunteer to shoot immigrants as they approach the border, he wrote. Problem solved.

McCain later told USA Today he was truly, sincerely sorry for the comments. The musician was reportedly fired from his band and had an upcoming gig canceled.

Bomar told KATU that the Oregon National Guard originally was trying to decide if someone had hacked his account. But Martin admitted he wrote the post, the Oregonian reported.

The major explained that Martin’s comment violated National Guard, Army and Defense Department social media policies. You can’t endorse any sort of political action while in uniform, Bomar told the news organization. You always have to think before you post. Sometimes you can get caught up in the moment, but it’s not an excuse.

Bomar did not specify what punishment Martin, a military police officer who has been with the Guard since 2013, could face. 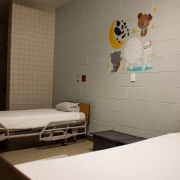 500 fathers in immigration detention are going on a hunger strike 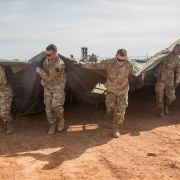 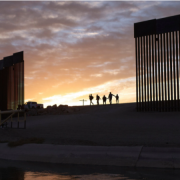 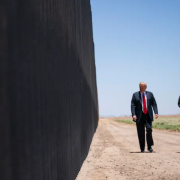 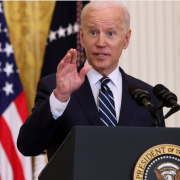 The number of migrants arriving at the border was the largest in years.
0 replies