Originally published by The New Yorker

On Monday, Attorney General Jeff Sessions ruled that a Salvadoran woman who came to the U.S. in 2014 to escape an abusive husband did not qualify for asylum under United States law. An immigration court had previously granted her asylum, allowing her to remain in the country legally, but Sessions reconsidered the finding, as part of a broader rethinking of whether or not victims of domestic abuse can qualify for protection under U.S. asylum law. The decision means that the U.S. can now begin to turn away tens of thousands of women who arrive in this country every year, seeking safety from violence and abuse at home. He could be repealing sixty to seventy per cent of asylum jurisprudence, Deborah Anker, an immigration expert at Harvard Law School, told me, speaking about Sessions, before the decision was announced. Its ramifications are extraordinary.

Publicly, the Trump Administration still pays lip service to the country’s asylum laws, which dictate the rights that people fleeing violence or persecution in their home countries have upon entering the U.S. If you come to the country, you should come through, first, the port of entry and make a claim of asylum if you think you have a legitimate asylum claim, Sessions said recently, while defending a new zero tolerance policy of prosecuting everyone who crosses the U.S. border anywhere other than at official ports of entry, including asylum seekers. Sessions described the new policy, which has led to hundreds of children being separated from their parents at the border, as necessary to preserve the rule of law-a common argument from the Trump Administration, which has described the implementation of harsh anti-immigrant measures as merely following the laws already on the books. At the same time, Sessions has made a series of decisions to undermine, narrow, and redraw the asylum laws and policies that are also on the books.

Since becoming Attorney General, Sessions has limited the ability of asylum seekers to appeal decisions, restricted the discretion that immigration judges have over their own dockets, and used his authority as Attorney General to personally review immigration cases-as he did in the case of the Salvadoran domestic-violence victim.  ‘Zero tolerance’ is part of Sessions’s ongoing plans to rewrite asylum law, Michelle Brane, of the Women’s Refugee Commission, told me. The Administration is unilaterally dismantling access to any protection for those seeking safety.

Just a month after it was announced, the zero-tolerance policy is giving rise to a full-blown crisis at the border. This may give Sessions the pretext he needs to institute further changes. In El Paso, as Texas Monthly reported earlier this month, officers are intercepting asylum seekers travelling from Ciudad Juarez, Mexico, before they can cross the bridge that separates the two cities. Elsewhere in Texas, asylum seekers are being told there isn’t enough room to process them on the American side of the border. They are using that tactic as a way to push people out and deny people asylum, Ruben Garca, who runs a migrant shelter along the border, told the Los Angeles Times.

Customs and Border Protection, the federal agency in charge of processing people as they arrive in the U.S., has been telling asylum seekers to wait in Mexico until American authorities have the capacity to admit them. Many legal scholars say that making people who are looking for safety in the U.S. wait across the border violates both American and international human-rights law, which together hold that asylum seekers cannot be sent back to countries where they are likely to be tortured or killed. Mexico also has a well-documented history of mistreating migrants in its custody and of inappropriately turning them around at its southern border, with Guatemala. Nevertheless, last month, representatives from the Department of Homeland Security met with Mexican officials to work out an arrangement-known as a safe third-country agreement-that would allow the U.S. to automatically send Central American asylum seekers that travel through Mexico on their way to the U.S. back to Mexico.

The Trump Administration also appears to be putting more asylum seekers behind bars. In March, the A.C.L.U. filed a complaint in federal court alleging that the Administration was detaining asylum seekers indefinitely, in some cases even after they passed the standard screening, known as the credible-fear interview, at the border. Five Immigration and Customs Enforcement field offices, the lawyers wrote in their brief, have detained these asylum seekers based not on individualized determinations that they pose a flight risk or a danger to the community, but rather to deter other migrants from seeking refuge here. The lead plaintiff in the case is a teacher from Haiti, who has remained in detention for close to two years, despite having won his asylum case, twice, in immigration court. The government is refusing to release him while it appeals the decisions.

On Thursday, ice, the federal agency most directly associated with immigration enforcement, directed five medium-security federal prisons in California to take some sixteen hundred people into custody while they wait for a final determination in their civil immigration cases. An agency spokesperson cited a surge in illegal immigration as a reason for the demand for more space, but border crossings are actually at relatively low levels. In fact, much of the crowding at immigration detention centers is a consequence of the new zero-tolerance policy, which calls for the arrest and detention of people who, in the past, would have been released pending the outcome of their cases. The government is manufacturing a border crisis as a way of saying, ‘This is why we need to change our asylum laws,’  Brane, of the Women’s Refugee Commission, said.

Recently, I spoke by phone with a Mexican woman named Alma, who in May, 2017, arrived in Tijuana, Mexico, across the border from San Diego, California, with her five children. Like the Salvadoran woman whose case Jeff Sessions ruled on, she was fleeing an abusive husband. He was a member of a drug cartel known as the Knights Templar. They have people all over Mexico, Alma told me. You can’t get away from them. When she crossed the border to San Diego, she said, she turned herself in to authorities-exactly the protocol that Sessions has urged asylum seekers to follow. By law, she was supposed to receive a credible-fear interview, to determine whether she faced persecution in Mexico, and thus whether she might eventually qualify for asylum here. Instead, an official with Customs and Border Protection turned her away. Mexicans can’t qualify for asylum, he told her. This assertion was false, and in violation of U.S. and international law, but Alma didn’t know it at the time. She returned to Tijuana and spent a month at a cousin’s house before her husband’s associates tracked her down, and she tried crossing a second time. Once again, a C.B.P. officer told her that asylum wasn’t available to her. I insisted and insisted, she said. I knew couldn’t go back home. Finally, a third officer agreed to give her the interview, which she passed. She has been in the U.S. since, waiting for an upcoming court hearing. The hardest part of the process is still ahead of her-in 2017, sixty per cent of all asylum cases heard by immigration judges were rejected, the highest denial rate in a decade. But by one measure she’s lucky: unlike many others, she’ll at least have a chance to make her case in court. Over the past year, immigrant-rights advocates along the U.S.-Mexico border have documented increasing numbers of people who have been blocked from having a credible-fear interview at ports of entry. According to one lawsuit filed against the Department of Homeland Security, one C.B.P. officer, in McAllen, Texas, allegedly told an asylum seeker, Trump says we don’t have to let you in. 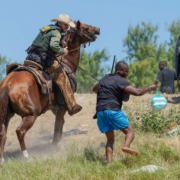 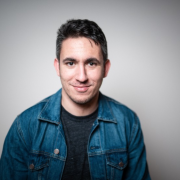 This comedian says Border Patrol pulled him off a bus. Now he’s suing the government 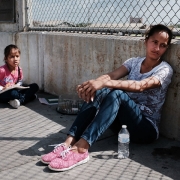 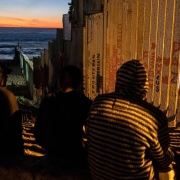 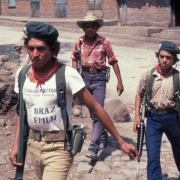 She Was Enslaved by Salvadoran Guerrillas. That Makes Her Ineligible for Asylum.
0 replies

Can the Trump administration legally strip immigrants of citizenship?

People are dying because of the Trump administration’s immigration po... Scroll to top