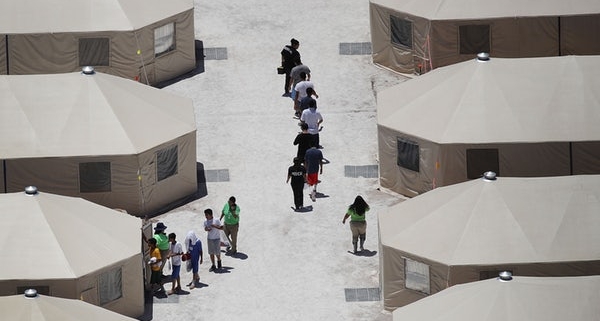 How much will President Donald Trump’s child separations cost taxpayers? The answer is most definitely hundreds of millions, and potentially billions. And whatever the final cost is, it will be leaps and bounds more than the price of keeping migrant families together.

A Wednesday report from NBC News found that it costs the government $775 per night for a migrant child to stay in one of the newly created tent cities for minors-about the same per-night price for a suite at the Trump Hotel in D.C. In comparison, it would cost about $298 per child per night to stay with their parents in detention centers run by U.S. Customs and Immigration Enforcement, NBC reported.

With more than 2,000 kids already separated from their families at the border, that per-night cost starts to add up. The average amount of time migrant children spend in temporary shelters is 51 days, according to government data. At $775 per night, an average stay for 2,000 would cost taxpayers about $79 million. Some officials expectthe number of seized migrant children to reach 18,500 by the end of August. If that happens and NBC’s cost analysis holds true, the taxpayer bill would be about $731 million.

The Trump administration has already dedicated more than $458 million in contracts to one Texas non-profit, Southwest Key Programs Inc., to care for immigrant children. And it will likely spend much more. According to the Daily Beast, defense contractors have advertised a flurry of jobs in recent weeks to support the infrastructure surrounding undocumented children. Those contracts don’t just include housing and caring for children; one contractor has already earned $43 million for transporting them around, the Beast reported. In addition, thousands of separated migrant children are expected to eventually enter the foster care system, which is funded by both state and federal governments.

In April, Trump also signed a memo ordering the end of catch and release-a policy under which migrants are strapped with GPS-monitored ankle bracelets and released from detention while they await their court hearing. Those bracelets cost far less per day than keeping migrants in detention centers, and they’re effective; most people wearing them show up to their court date. Cost-effectiveness, however, does not appear to be the Trump administration’s priority at the moment.

Pope Francis is an anti-populist populist.

In an interview with Reuters released Wednesday morning, Pope Francis criticized Donald Trump’s policy of separating migrant families, blaming it on populism. The Pope supported the criticisms of Trump made by U.S. Catholic bishops who denounced the policy as immoral. He also urged nations to work towards the acceptance and integration of immigrants.

It’s not easy, but populism is not the solution, Francis said. He accused populists of creating psychosis and said that populism does not resolve things. What resolves things is acceptance, study, prudence.

This is not the first time the Pope has targeted populism. In a January interview he decried populism in the European sense of the word, which he claimed was embodied by Adolf Hitler who was elected by his people and then he destroyed his people.

It is important to keep in mind the Pope’s qualifying  phrase in the European sense of the word. In the Western hemisphere, populism has often referred to social movements seeking economic justice such the 19th century Populist Party (whose platform was mainstreamed by William Jennings Bryan), Jesse Jackson’s Rainbow Coalition or more recently the Bernie Sanders campaign. This usage is also often found in Argentina, Pope’s native country.

Francis himself is often described as a populist, given his frequent calls for economic justice and greater lay participation in the church. But the Pope only uses the word populist in a narrow connotation, to refer to right-wing movements that exalt ethnic nationalism while portraying immigrants and elites as hostile alien forces. As Catholic World notes, the Pope is a paradoxically figure, an anti-populist populist.

But by adopting the stance of anti-populist populism the Pope is ceding an awful lot of ground to reactionary political forces. After all, why should we grant figures like Donald Trump (who received a minority of the vote) their own claim to speak for the people? As I’ve previously argued, Trump and his like-minded xenophobes are more properly seen as the voice of aggrieved privilege, not popular discontent. 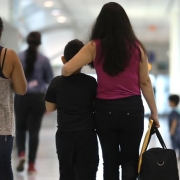 Immigrant after being reunited with son: ‘It was the hardest thing to ever happen’ 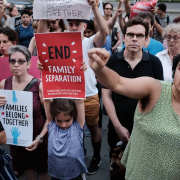 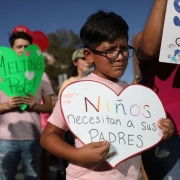 I’m a Judge Who Decides if Children Should Be Separated from Abusive Parents. Here’s How Trump’s Immigration Policy Should Change

‘He’s all I have left’: Immigrants crossing into US unaware,... Scroll to top