Originally published by The NY times

If you’ve been on the internet in the past few days, it was impossible to avoid the articles and social media posts assailing the Trump administration for failing to keep track of 1,500 immigrant children who arrived at the United States border alone. Many well-intentioned people flooded the web with their outrage: How could the Trump administration release these children so quickly that it’s losing track of them?

In fact, the problem is just the opposite. The administration is not releasing them fast enough.

What has happened is that many people have confused the 1,500 children whom the government has not kept track of with children cruelly separated from their families at the border – a definite but different problem. That mistake and the resulting calls for greater control and surveillance of immigrant children could unwittingly fuel the president’s true agenda: to repeal crucial legal protections for children in immigration custody, to slow their release and to deport thousands of children who have come seeking refuge from violence and persecution.

A bit of background: The agency responsible for housing immigrant children and reuniting them with sponsors is the Office of Refugee Resettlement. A nationwide consent decree signed in 1997 and a law passed by Congress in 2008 both accord children in O.R.R. custody special legal protections, including the right to be promptly released and to be placed with a safe adult sponsor. The Trump administration has made no secret of its desire to repeal both protections.

Two weeks ago, the secretary of the Department of Homeland Security told the Senate that these protections place our communities at risk and should be terminated or amended. And the flurry of news over the weekend has only made the situation worse. Mr. Trump and administration officials are using the misplaced public outrage as a pretext to call again for the repeal of the law protecting children.

So far, these protections remain on the books, but the administration is already actively undermining them. Within his first few hours on the job in March 2017, Scott Lloyd, O.R.R.’s director, imposed a new policy requiring that he personally approve the release of any immigrant child who has needed heightened supervision while in custody. (Heightened supervision can result from genuine behavioral problems or trumped-up gang allegations.) As a result, over 740 children in O.R.R. custody in the past year have been unable to get out unless Mr. Lloyd – a Trump appointee with no background in child welfare – approves it.

In New York, dozens of affected children have now been detained on average for eight months, and some for over a year – even though many seek release to a parent in the United States. Our organization, the New York Civil Liberties Union, sued to stop the practice, and a federal court in Manhattan will hear argument on that case on June 7.

The lead plaintiff in our class action lawsuit, L.V.M. (who is identified publicly only by his initials), is a teenager from El Salvador who was taken from his home in New York at age 16, shipped hundreds of miles away and placed in immigration custody last July. He had never been separated from his mother before, and he cried every time they spoke on the phone. L.V.M.’s mother complied with every request the resettlement agency made of her. Yet the agency refused to release L.V.M. for eight months, until a few days after we filed our lawsuit.

Another teenager in our lawsuit was detained when he arrived at the American border and the agency refused to reunite him with his father in the United States for over a year. His mental health deteriorated so much in custody that he attempted to commit suicide while awaiting Mr. Lloyd’s personal decision on his release.

Another step O.R.R. is taking to prolong detention of children is using the process for vetting their adult sponsors as a tool to deport those sponsors and any other adults who live with them. So far this year, 87 percent of children released from immigration custody have gone to live with a parent or another immediate relative. But under a new regulation set to take effect in June and an agreement last month by the agency and the Department of Homeland Security, any adults who come forward to take in a child are now at risk of deportation. That’s because O.R.R. will share their information with Immigration and Customs Enforcement, which can use it to detain and deport them. As a result, more children will languish in immigration custody because their relatives in the United States will fear that stepping forward to help will result in their own deportation.

Given these policies, which are part of a wholesale attack on immigrants in this country, is it any wonder that 1,500 families did not answer the phone when O.R.R. called?

The Trump administration claims its new policies are necessary for children’s safety and well-being. But the safety concerns that O.R.R. points to have been addressed. These concerns stem largely from an incident in 2014 in which eight children were released to labor traffickers who forced them to work on a poultry farm in Ohio. In the wake of that horrible incident, a Senate investigation recommended several reforms in O.R.R.’s release procedures, which the agency carried out. They included checking how many children have been released to a single sponsor and undertaking more background checks for sponsors who are not related to a child. Since then, there is no evidence that children are being trafficked.

What children need most of all is release to stable and loving homes while they pursue their immigration cases – precisely as the law requires.

Detention is deeply traumatic for children, and the effects worsen the longer it goes on. Most children who seek refuge in the United States in immigration custody have already experienced severe trauma. In detention, that trauma worsens and children suffer anxiety, depression and post-traumatic stress disorder. One teenager in our case frequently broke down crying in custody. He told care providers he had to hide inside the house for weeks in his home country after receiving death threats; confinement by O.R.R. reminded him of that experience.

The tragedy here is not that the government bureaucracy isn’t working. It’s that it’s working precisely according to Mr. Trump’s plan. 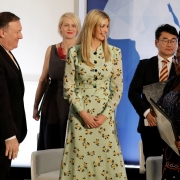 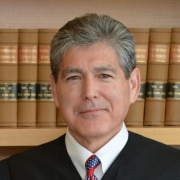 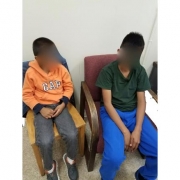 Spread across 2 countries and 3 states, a Guatemalan immigrant family waits for ICE to decide their future

Is the United States Losing Its Humanity? Scroll to top