“This is anti-Black racism in our immigration policy. Period.”

There would be no quarter for America’s enemies, Bush vowed, and the campaign would be waged at home as well as abroad.

While the administration vowed to end Trump’s practice of expelling unaccompanied minors, the practice persists for children from Mexico.

This week, Kamala Harris will meet with Mexican President Andrés Manuel López Obrador in her first foreign trip as vice president. Harris will be touching down at a critical time. On Sunday, Mexico held its largest national elections in history. Though political violence has long haunted Mexico, the runup to this year’s contest was particularly bad, with 89 politicians assassinated in a matter of months.

PRESSURE IS MOUNTING on the Biden administration to end its use of a Trump-era law that stifles asylum access at the southern border, as new evidence points to human rights abuses and violence against individuals and families seeking refuge across the U.S.-Mexico divide.

A change in Border Patrol policies is straining human aid networks in one of the deadliest areas along the border.

Customs and Border Protection is dropping asylum-seekers in remote border towns with few resources to receive them. 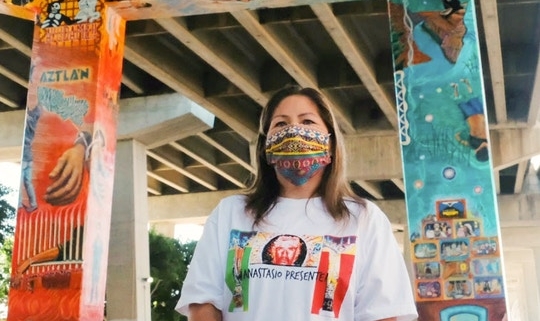 The Intercept, Ryan Devereaux – February 4, 2021. Former DHS supervisors say the killing and cover-up were part of a pattern. MARIA PUGA Has been telling the story for more than a decade now. On May 28, 2010, her husband, Anastasio Hernandez Rojas, suffered a brutal and ultimately fatal beating at the hands of U.S. homeland security personnel at the San Ysidro Port of Entry on the southern edge of San Diego.