The New York Times, Opinion by Jorge Ramos – February 5, 2021. Senate Republicans are likely to block Biden’s proposal, so let’s concentrate on protecting as many people as possible without a comprehensive bill. 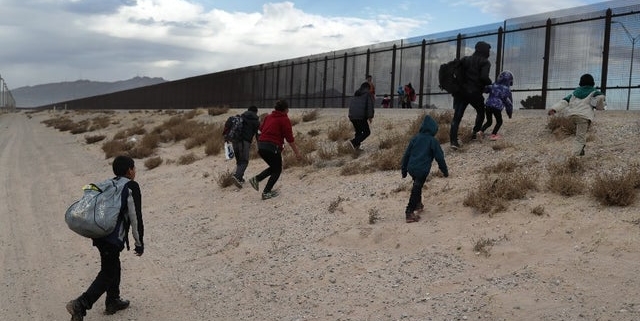 Originally Published in The Hill

While there’s little question that entering or remaining in a country without official authorization is unlawful, considerable controversy exists among governments and the general public about what should be the consequences for illegal immigration.

Possible government policies for dealing with those who illegally enter the country or unlawfully overstay a temporary visa cover a broad range of options.

At one extreme is amnesty or legalization, which often leads to citizenship for those meeting certain criteria, including residing in the country for a number of years, paying back taxes and not having committed a serious crime or felony.

At the other extreme is repatriation or deportation, which typically involves returning those who are unlawfully resident, particularly those who have also been convicted of crimes, back to their countries of origin.

In between those two extremes are a myriad of policy options to address illegal immigration that are often acrimoniously debated among a variety of competing interests, factions and groups.

Regarding the immigration process, a widespread consensus exists among governments and the general public that people wishing to immigrate should do so legally and safely, not unlawfully and dangerously. However, the large numbers of men, women and children wishing to immigrate far exceed the visas that receiving countries are normally prepared to grant. Consequently, with little or no opportunities for legal migration, many women and men turn to illegal immigration or overstayshort-term visas.

A global survey undertaken several years ago reported that more than 750 million adult men and women wish to emigrate to another country. In striking contrast, the annual number of immigrants worldwide in recent years has been no more than about 5 million.

As a result of those huge demographic differences in the supply and demand of migrants, a worldwide clash involving many millions of people is taking place between those wishing to get into another country and those wishing to keep them out of their country.

There are a variety of arguments and concerns put forward for policies to deal with unauthorized migrants. While the areas of concerns are similar their interpretations and reasoning differ greatly.

Advocates for amnesty and regularization, for example, rely on compassion, costs, fairness, family integrity, economics, exploitation, logistics and security to make their case. They maintain that after residing and working in a country for many years, unauthorized migrants should be permitted to remain in the country, apply for legal residency and be eligible for citizenship.

Moreover, they firmly believe that unauthorized migrants should not be returned to extremely difficult and often dangerous living conditions in their origin countries. That position is felt to be especially relevant for those who were unlawfully brought into the country as children, often referred to as Dreamers.

Those places have taken steps to integrate and assist unauthorized migrants and their families. Those steps include granting driver’s licenses, issuing identification cards, providing support and passing laws and provisions to prohibit asking about or disclosing an individual’s immigration status.

In addition, some Democratic presidential candidates and others want to decriminalize illegal U.S. border crossings. They argue that the current statute, Title 8, Section 1325 of the U.S. federal code, is of grave importance because it could be used in punitive fashion in the future against families and children under a policy similar to “zero tolerance”.

In contrast, those opposed to granting amnesty or legalization stress the importance of the rule of law, border security, crime, fairness, rewards, incentives, wage effects, public trust, societal costs and communal cohesion. Those who have broken the immigration laws, they maintain, should not be rewarded with citizenship or regularization.

They maintain that amnesty and legalization not only establishes an incentive for future illegal immigration, but it also undermines the public’s trust, creates social cleavages, redirects resources away from citizens and erodes support for legal immigration. Also, commitments to secure the borders in the future with meaningful enforcement, they maintain, invariably fail to materialize or are largely ineffective.

In addition, the promise of amnesty assists smugglers and human traffickers in their illegal immigration and exploitation activities. Government policies to stand down on deporting unauthorized migrants also helps smugglers in their efforts to recruit men, women as well as  unaccompanied minors.

Despite the policies and programs of governments and the wishes of the general public in the destination countries, illegal immigration is expected to continue for the foreseeable future. The more developed regions, many with declining populations and aging rapidly, continue to attract foreign workers at virtually every employment level. The less developed regions, in contrast, have relatively young growing populations, with many in the working ages facing difficulties finding gainful employment and harsh living conditions.

As a result of those striking demographic and economic differences, increasing numbers of men and women in developing countries, especially those in the least developed, are deciding to migrate illegally to the comparatively wealthier nations.

What should be the consequences for those who migrate illegally or overstay a temporary visa continues to be a contentious, divisive political issue challenging governments and the public.

The outcome of the current White House and Congressional negotiations concerning immigration reform and the status of unauthorized migrants is uncertain. However, based on the experience of the recent past under both Republican and Democratic administrations, it appears likely that the outcome, with the possible exception of the Dreamers, will largely be a continuation of the status quo, including the hurried issuance of presidential executive actions.

Joseph Chamie is an independent consulting demographer, a former director of the United Nations Population Division and author of numerous publications on population issues, including his recent book, “Births, Deaths, Migrations and Other Important Population Matters.”

The Washington Post, Opinion by Catherine Rampell – February 4, 2021. Amid a public health crisis, parents are turning down free health care for their kids. Amid a hunger crisis, families are refusing food stamps and free baby formula. These families aren’t declining public assistance out of pride. They’re doing so out of fear.

The Washington Post, Opinion by Editorial Board – February 4, 2021. With the stroke of a pen on Jan. 19, the day before President Biden took office, employees of the federal government’s main deportation agency were empowered to thwart the new administration’s policies.

The Washington Post, Opinion by the Editorial Board – February 2, 2021. IN ANNOUNCING he would phase out federal contracts for privately run prisons last month, President Biden delivered on half a campaign pledge but omitted the other, more difficult half — to also scrap privately operated migrant detention centers.

One of President Biden’s first acts, the repeal of the Trump administration’s ban on entry into the United States by citizens of five predominantly Muslim countries, was a cause for relief, even celebration. But no one who cheers the end of the ban should forget the Supreme Court’s role in keeping it alive for so long. 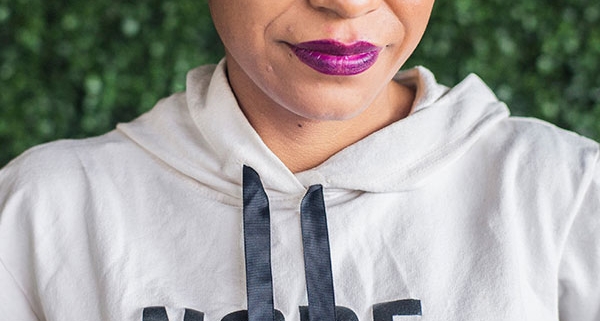 Over the past decade, more than a million undocumented immigrants have been returned to Mexico.  The majority of them lived in the United States for the better part of their lives.

The UnitedWeStay.org weekly newsletter focused on
Immigration news, stories and advocacy.
DHS Secretary Wolf’s Orders on DACA Taken without Legal Authority
In June of this year, the Supreme Court ruled 5-4 that the Trump Administrations decisions and orders to wind down President Obama’s Deferred Action for Childhood Arrivals (DACA) were legally flawed.  This past week a U.S. District Court Judge in New York ruled that several of the bureaucratic and legal maneuvers that the administration undertook to install Chad Wolf as the acting secretary of the DHS without Senate confirmation were unlawful and invalid.  The judge stated, Therefore, the actions taken by purported acting secretaries, who were not properly in their roles according to the lawful order of succession, were taken without legal authority.  This has several implications starting with immigrants who are eligible for DACA, but did not apply before the Trump administration cut off applications in September 2017, may be eligible to apply again. Travel permits for Dreamers, also known as “advanced parole,” allowing them to leave the country and return without losing their quasi-legal status and work permits, may also be restored. New York Attorney General Letitia James, whose office led one of the two suits addressed under Garaufis’ ruling Saturday, hailed the decision, Time and time again, this outgoing administration attempted to use young immigrants as political scapegoatsâ€¦Our coalition will not hesitate to use every tool at our disposal to continue to protect these young people in every way possible. Si se puede!

Washington Post columnist Greg Sargent noted that President-Elect Biden will have a great deal of space to begin erasing the stain of Stephen Miller, undoing the heinous immigration legacy of President Trump’s senior adviser.  He is basing his opinion on an advanced report acquired by CBS News that outlined some of the actions planned by Biden immediately following his inauguration. First: rescind Trump’s ban on travel from a dozen mostly majority-Muslim countries.  Second: implement a 100-day freeze on deportations while looking at ways to deprioritize the removals of undocumented immigrants who aren’t violent criminals. Third: fully restore the program that protects hundreds of thousands of Dreamers, young people brought here illegally as children, from deportation and provides them with work permits. Fourth: withdraw from agreements Trump reached with Guatemala, Honduras and El Salvador that permitted the U.S. to shift rejected asylum-seekers to those countries. We would be well advised to be aware that any executive actions taken by Biden will likely face many challenges, particularly if the balance of power in the Senate remains the same after Senate race runoffs in Georgia. Executive orders from the current administration brought much of the unprecedented crackdown against immigrants and Biden can use the same tool to renounce his predecessor.

545 Grows to 666: Separated Children Taken at the Border Still without Their Parents

According to an email obtained by NBC News last week, Lawyers working to reunite migrant families separated by the Trump administration before and during its zero-tolerance policy at the border now believe the number of separated children for whom they have not been able to find parents is 666,” higher than they told a federal judge last month.  Steven Herzog, the attorney leading efforts to reunite the families, explains that the number is higher because the new group includes those “for whom the government did not provide any phone numbers.” The challenge now is to get the government to provide information that may be helpful in identifying and contacting these parents.  And just when we start to think that this story can’t get any more outrageous, we also learn that 129 of the children were under five at the time of the separation, many were infants.