The Biden administration announced Thursday it will not automatically reject certain applications for asylum or immigration benefits when a blank space is left on the forms, a reversal from a Trump-era policy that critics said was a blatant attempt to further crack down on legal immigration.

US Customs and Border Protection encountered 171,700 migrants in March, including a record number of unaccompanied minors, far exceeding the prior month’s totals and continuing an upward trend dating back to last year, according to preliminary data obtained by CNN.

The sprawling detention center in Tacoma, Wash., housed more than 1,300 immigrants on average at the height of former President Donald Trump’s immigration crackdown. Now nearly four out of every five beds at the facility are empty. 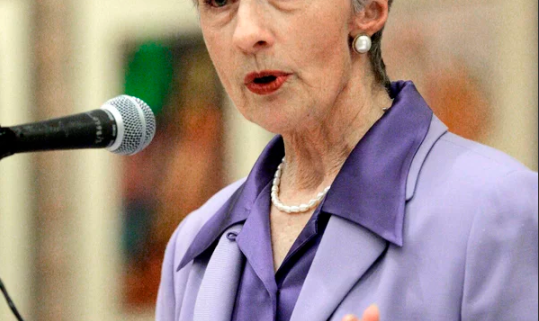 President Biden’s top advisers promise “long-needed systemic reforms” to address a backlog of more than 1 million asylum cases in the immigration court system, which often keeps people applying for asylum waiting years to resolve their cases. That could mean some big changes to how asylum cases are processed at the southern border. 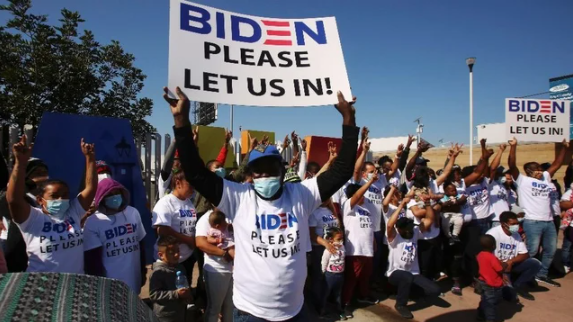 This week, advocates across the U.S. are joining together in the “Title 42 Week of Action,” marking the one year anniversary of the Centers for Disease Control and Prevention invoking Title 42 of the Public Health Service Act to authorize the Department of Homeland Security to shut down U.S. land borders to newly arriving asylum seekers.

On May 13, Secretary of Homeland Security Alejandro Mayorkas told Congress he would be “taking action very quickly” on immigrant detention centers. Within a week, he ordered U.S. Immigration and Customs Enforcement to cut contracts with two detention centers that have been the targets of extended organizing and community-led shutdown campaigns.

The Santa Ana City Council this week voted to remove the requirement that residents must be “qualified electors,” or be eligible to vote, to serve on the advisory bodies.

Prioska Galicia did not have a full grasp of the implications of her immigration status until she was preparing to go to college.

She had emigrated to the United States from Mexico with her mother when she was 6, joining her father, who had arrived three years earlier.

They were living in the country illegally. Only when she was older did Ms. Galicia, now 22, begin to appreciate how her parents had struggled to provide for her. My parents tried to give me the best they could, she said at her home in the Bronx. Now I see all their hard work.

When she was filling out college applications as a senior in high school, she was stumped when she was asked for a Social Security number. I wasn’t really fully aware of how my status would affect me, she said.

By then, the Deferred Action for Childhood Arrivals, or DACA, program was in effect. It offers protection from deportation to young undocumented immigrants, often called Dreamers, who were brought to the country as children. But Ms. Galicia’s father was suspicious; he thought it was a ploy to catch unauthorized immigrants. So Ms. Galicia did not apply for DACA until she started planning for her future after high school.

Her DACA application was still pending when she graduated, so she could not work legally. Instead she volunteered with Little Sisters of the Assumption Family Health Service, a nonprofit agency in East Harlem that offers counseling and other social services to families in need. Ms. Galicia worked in the agency’s pantry and performed administrative duties.

In February 2016, she was granted DACA status. Within a few months, she got a job as a teacher’s assistant at New Settlement Apartments, a nonprofit organization that provides affordable housing and community services in the Bronx. She then became a food educator, teaching cooking skills to children in one of New Settlement’s after-school programs.

With her status came a newfound courage to openly discuss her past. In late 2016, Little Sisters connected her with New York magazine, which featured her in an article about immigrant New Yorkers living in a sanctuary city. That was the first time I spoke to a stranger about my story, she said.

Now she is aiming to be on the other end of such conversations. In 2017, she started studying communications at the Borough of Manhattan Community College with the goal of becoming a journalist. The field appealed to her because her teachers used to praise her writing, she said. She was also inspired by Jorge Ramos, the Univision and Fusion anchor who is known for his vigorous coverage of immigrant rights.

She worked three jobs during her first semester. Her parents had separated a few years earlier. After her father moved out, her mother, who cleans houses, took on most of the financial responsibilities. Her two younger siblings, who are 11 and 13, are citizens and receive food stamps. Paying their school tuition and the $1,900 monthly rent on the family’s three-bedroom apartment has been a challenge.

Ms. Galicia wanted to ease that burden. She continued working full-time with New Settlements and took jobs at a Spirit Halloween store in Times Square and in a gift shop at the Bronx Zoo. I was surprised I was able to handle all of that, she said. It was hectic but gratifying, she said, because she was helping her mother. It’s been difficult, but we’ve been able to work it out, she said.

Before Ms. Galicia enrolled in college, a friend told her she could defer her tuition payments until after graduation. When she tried to enroll for a second semester, she learned that was not the case. Because she was undocumented, she would have had to pay roughly $2,300 in fees – an amount she could not afford – in full before she could resume her studies. So she dropped out and focused on work.

I was frustrated, she said. I was actually excited to go to school.

Other avenues opened up. Last year an immigrant outreach organizer at Little Sisters referred her to the Grace Institute, a nonprofit organization that offers job training and counseling to low-income women. The institute offered her networking opportunities and provided her with outfits that she could wear to work or to job interviews.

Through the Grace Institute, she learned that Community Service Society, a partner agency and one of the seven organizations supported by The New York Times Neediest Cases Fund, provided MetroCards to institute participants in need. Ms. Galicia raised her hand, and the society used $121 from The Fund to buy her a monthly MetroCard. It was a load off my shoulders, she said.

The training program led to an internship with the American Cancer Society, where Ms. Galicia handled administrative tasks. After that ended, she had a pair of internships at the Fresh Air Fund, which offers free summer activities to underserved children in New York.

Now she is selling artisanal sesame treats at Chelsea Market. She is saving up to pay off her college debt, which has climbed to roughly $3,000.

In January, the New York State Legislature approved the Dream Act, a law that offers undocumented students access to state financial aid and scholarships for higher education. Ms. Galicia has since made plans to apply for financial aid and to continue her communications studies. Her goal as a journalist, she said, is to cover issues that affect immigrants.

For most of her life, she feared sharing her immigration status with others. No longer. After the interview with New York magazine, a Spanish-language news site published a story about her and her family. She has also been invited to speak at events hosted by Hunger Free America and the New York Immigration Coalition, sharing how access to public assistance would affect her family.

These days she calls herself an accidental activist, and feels emboldened to educate others about what it means to be a DACA recipient.