It was dinner time at the door to the United States, and on a spit of floor separating Mexico from Arizona, several families set out their plates, ripping tortillas and spooning rice and trying to ignore the indignities of life on the move.

It’s weird, said Brenda Aguirre, 23, who was planning to sleep that night with her children on a pink mat, curled around her belongings. Nobody, she pointed out, expects to end up here.

As the debate over the border rages in Washington, the flow of migrants has not stopped, and crossing points like this one are growing into informal bedrooms, washrooms, schools, kitchens and playgrounds for families waiting to request asylum in the United States.

Here in Nogales, officials come infrequently to interview people seeking entry, and so this place – a patch of ground between a fence and a line of people who already have permission to enter the United States – is fast becoming a symbol of life in transition. Most families wait here for days before being granted an initial interview with United States immigration authorities.

On Saturday, the families waiting here woke to discover they’d been robbed in the middle of the night, and that someone had pilfered milk, cereal and other supplies from a pile donated by volunteers; the thieves had evaded a guard who patrols the area in a starched white shirt.

American border officials had called two families in the morning, and this moved Marializ Bautista, 14, closer to the front of the line. She was traveling alone. Her father had just died, she said, and her mother lives in the United States.

I’ve never really met my mom. I was a baby when she left, she said in Spanish. I want to see her. That’s why I’m going. 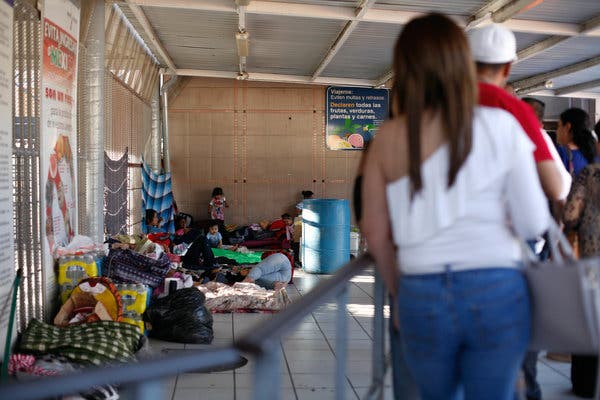 By afternoon, the sun was poking at everyone’s backs, and the line of people with passports and other documents that allowed them into the United States had grown to several hundred. Some of them stared at the exhausted group before walking into Arizona. Others tried not to.

Oh, those are the families! said Christina Boston, a school principal in the Phoenix area who had been in Mexico for a basketball tournament and a visit with a cousin. She leaned over from the walkway to look. It breaks my heart.

On the ground, playtime was in full force. Dana Taylor, 24, in a yellow skirt, had come from Tucson when she heard about the asylum seekers, and toddlers gathered around to hear her read. A few feet away, Leo, 11 months old, was trying desperately to take his first steps.

Near the edge of the group, Edith Perez, 44, sat by a plaid purse carrying her documents. She pulled out a yellow folder to explain why she had left Central Mexico with much of her family.

She once owned a restaurant-bar, she said. Then a gang came in and demanded payment: An initial sum of 100,000 pesos (about $5,000), plus 20,000 pesos each month. She didn’t make that kind of money and couldn’t pay, and soon two of her sons disappeared.

She closed the bar, rather than try to pay. In April, someone shot and killed her husband.

She pulled his death certificate from the folder. Cause of death, she read out loud. Injuries produced by a projectile shot from a firearm, penetrating the thorax and abdomen. He was 45. They’d been married for 30 years. I’m not leaving my country because I want to, she said. We are here waiting for whatever God wants for us.

Soon it was dinner time, and volunteers in embroidered blouses came by with pots of rice and beans. Romelia Guadalupe, 22, scurried off to give her daughter a scrub in a nearby sink. She changed the girl’s clothes and brushed her hair. And then Aylin, 2, began to cry, like any toddler at the end of a long day.

As darkness set in, the line of people crossing into the United States dropped to a trickle, and the children began to fall asleep. Fluorescent lights flicked on. And one of the mothers, Zara Salgado, 32, procured a mop and began to scrub, rubbing away the day’s dirt and grime as if this were now her home. 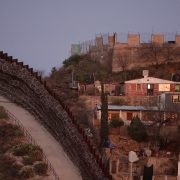 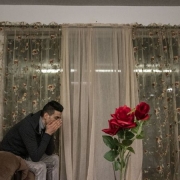 An Iranian refugee fought for years to get to America. Now he asks why he’s here 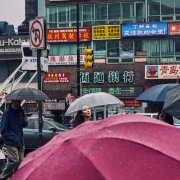 Hustling in Flushing: A Chinese Immigrant Couple Struggles to Decode Life in Queens 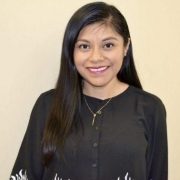 They Cross the Mexican Border to Go to High School

Due Process for Undocumented Immigrants, Explained

Problems getting detainees to court on time magnified under ‘zero-tolerance’... Scroll to top