Originally published by The Atlantic

President Trump on Wednesday signed an executive order intended to end the separation of immigrant children from their parents at the border, reversing his own administration’s policy after a national outcry.

However, many immigrant children will likely still face great turmoil, beyond the stress of the immigration experience itself. According to the new rules, immigrant families can still be detained indefinitely, as long as they’re together. It’s not clear what happens to people who cross the border before new family-detention centers are built, and 2,300 kids have already been separated from their parents. (The new policy might also be illegal, as my colleague David Graham writes.)

This kind of trauma can permanently affect the brains of these children, and potentially their long-term development, explained Colleen Kraft, the president of the American Academy of Pediatrics, on Thursday at the Aspen Ideas Festival, which is co-hosted by the Aspen Institute and The Atlantic.

In April, Kraft and some colleagues were permitted to visit a shelter for migrant children run by the U.S. Office of Refugee Resettlement. She described seeing a room full of toddlers that was eerily silent. That is, except for one little girl, who was sobbing and wailing and beating her fists on the mat. A staff worker tried to comfort her with books and toys, but she wasn’t allowed to pick her up or touch her, Kraft said.

This girl would stop crying if her mother was there, but we couldn’t bring her mother to her, Kraft said. We could feel the trauma that was going on there.

This trauma, she explained, can permanently affect these children’s brains, especially if it occurs early in childhood. Separation from a parent induces stress hormones, which course quickly through kids’ small bodies. Parents can normally help children work through their stress-but not if they aren’t there.

Studies show that high levels of cortisol, one of these stress hormones, can suppress the immune system and change the architecture of a developing brain, according to the National Scientific Council on the Developing Child. Another stress chemical, corticotropin-releasing hormone, can damage the hippocampus, which plays a major role in learning and memory.

The brain develops rapidly before the age of 3, with some connections strengthening and some being pruned away. In healthy, normal kids, synaptic connections related to learning, playing, and social skills are being formed during the toddler years. But, as Kraft explained, in children who have unrelenting stress, the strongest connections in the brain are those related to fear, aggression, and anxiety.

If you have a whole bunch of bad experiences growing up, you set up your brain in such a way that it’s your expectation that that’s what life is about, James Perrin, a past president of the American Academy of Pediatrics, told me in 2014.

In other words, keeping kids away from their families does not just emotionally wound them. It biologically wounds them as well-in some cases forever. 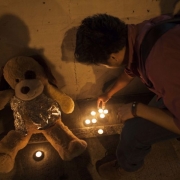 Padma Lakshmi: I could have been that immigrant child torn from her mother 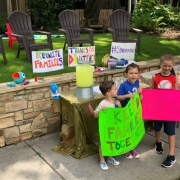 What Patriotism Looks Like: A 6-Year-Old Raised $13,000 for Migrant Kids 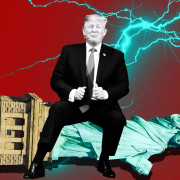 Trump to Children: Get Lost

The nation’s cartoonists on the week in politics

How Some Immigrant Families Are Avoiding Separation Scroll to top