To research my 2015 novel, The Same Sky, about the intersecting lives of a Texas couple who own a restaurant and a Honduran girl who crosses the border illegally to find her mother, I left my husband and three children and went to Brownsville, Tex., and San Diego. In visits to six shelters over several days in both cities, I interviewed dozens of unaccompanied minors who had been caught entering the United States illegally, most trying to reach their parents. Richer kids told me they had come with coyotes in buses, cars, planes and, in one case, a speedboat; poorer kids had ridden on top of the train that cuts across Mexico to the United States.

Their stories were terrifying. Some were more horrific than others. In San Diego, my interpreter was also the children’s psychologist; as the kids spoke, the psychologist shook her head, sometimes saying, I didn’t know about that, and Oh, God, she hadn’t told me this part. Almost all the children in the shelters spoke about God and their belief that he was watching out for them, even though many told me stories of seeing other kids die – starved, beaten, drowned, burned, bitten by alligators, left behind because they were too dehydrated to walk another step, tossed off a speeding train.

I began to get a stomachache every time a child said, And then it was night. Listening to what these kids had endured to get to the United States (and the reasons they’d been forced to leave their countries in the first place) seemed even worse via an interpreter. I stared into the children’s eyes as they spoke, watched their hands twisting and the way they pulled their hair in front of their faces.

The news about the fates of these children, now referred to as unaccompanied alien children, or, even more dehumanizing, UAC, is only growing more troubling. When I was doing my research, the staff members at the shelters were well aware that sexual predators were a threat, and they carefully monitored sponsors of nieces and nephews. I have no independent knowledge of what happened to the 1,475 migrant children the U.S. government lost track of last year, but I would not be surprised if some went to sex traffickers. This was happening even under the Obama administration.

It is nearly impossible to grasp the fact that the children I interviewed were the same age as my own. I spoke to one sweet Guatemalan boy of about 10 with a crew cut and a wide, white smile. He told me that his crude tattoo of Santa Muerte, or Saint Death, had been forcibly carved into his arm by gang members who had held him down on the train he called The Beast. Not recognized by the Catholic Church, Saint Death is widely worshiped by violent drug mafias. The boy said he didn’t believe in Santa Muerte but was very scared of the deity. When I asked him why he had come to Texas, he said, with piercing hope, I would like to be adopted.

One pregnant Salvadoran girl – I will call her Marie – claimed that she had an aunt in California, the shelter workers told me. They had searched for an aunt, but did not find one. It was possible that Marie had left El Salvador pregnant, but she had probably been raped, as many girls were, along the way to Brownsville.

Marie asked whether I could send her a Teddy bear. I don’t have anything to give my baby, she explained. Like all the other girls at this shelter, she wore a new pink sweatsuit. Her hair was wet from a shower and smelled of floral shampoo. She stood with her roommate, whose leg was broken from trying to jump the border fence the day before. My heart ached for Marie, who didn’t even know enough about parenthood to ask for diapers and baby bottles. I just want one thing to give my baby, she said, staring at her new pink flip-flops. She looked about 12 or 13 years old.

It’s easy to feel overwhelmed and helpless as we are told that migrants are flooding our borders. We can (and should) get caught up in the larger and more complex conversations about immigration policy. But in doing so, we risk forgetting that so many of these aliens are children.

I leaned forward in my chair and rested my elbows on my knees to talk to a boy of 5 whom I will call Sam. A boy of 5. His dark hair was combed, but he still sported a cowlick in the back. He grinned when I asked him about soccer. He leaped up and ran outside to show me his skills. His small body careened across the lawn, arms pumping as he bit his lip in concentration. When Sam scored a goal against no one, he turned to make sure I had seen.

Children such as Sam are being taken from their families at the border under the current administration’s zero tolerance policy. Are they being misplaced, mistreated, raped? Tonight, there are children in U.S. shelters bedding down in bunks or, reportedly, under Mylar blankets inside fenced enclosures. I think about them – how alone they are, how scared they must be – as I tuck in my own children, as I sing to them and scratch their backs. Tonight, children who have been trafficked are being abused, are lying awake and staring at the American sky outside.

Sam has brown eyes. When he held my hand, his grip was soft and sweaty. As I hugged him goodbye – he smelled of soap – he rested his head on my collarbone and closed his eyes. God brought me to America, Sam told me, and now I am safe. 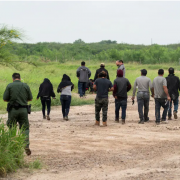 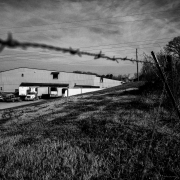 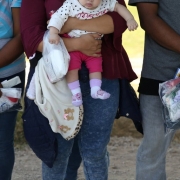 Hundreds of Immigrant Children Have Been Taken From Parents at U.S. Border

False accusations about immigration fly between opponents Scroll to top