Congressional Republicans are asking Democrats to trust them. Vote to keep the government open and an immigration deal will come soon, they say.

These are talks that are occurring in earnest – we want to fix DACA, House Speaker Paul Ryan said at his weekly press conference Wednesday. Good-faith negotiations are underway, and to push that aside and try and jeopardize funding for things like [children’s health insurance] and our military makes no sense.

I am committed to solving our problem when it comes to DACA, border security, and ‘chain migration,’ McCarthy said, adding that he talked to all the players this week, insisting he was talking to other senators in negotiations, including Dick Durbin (D-IL), who is leading the effort for Democrats.

But for all this insistence that negotiations about how to fix the Deferred Action for Childhood Arrivals program are underway in earnest, by Wednesday it was clear they hadn’t progressed much at all.

The No. 2s – a team of leadership deputies that includes McCarthy, Durbin, Minority Whip Rep. Steny Hoyer (D-MD), and Majority Whip Sen. John Cornyn (R-TX) – have yet to come forward with an agreement, or present the outlines of a proposal to their conferences. The only bipartisan agreement publicly put forward was shot down by the White House and GOP leaders.

The clock is ticking. Congress has until midnight on Friday to avert a government shutdown, and Republicans keep pushing Democrats to leave immigration out of this round of government funding talks. Yet they’ve given no reason for Democrats to believe them past their word.

If I were a Democrat, one GOP lawmaker said on Wednesday, depending on promises of what will happen tomorrow is not a wise move.

Cornyn tweeted Wednesday morning that the immigration working group was going back to the drawing board.

By the afternoon, Senate Majority Leader Mitch McConnell seemed to have laid it all out on the table: He still doesn’t know what the president wants on DACA.

I’m looking for something that President Trump supports, and he’s not yet indicated what measure he’s willing to sign, he said. As soon as we figure out what he is for, then I would be convinced that we are not just spinning our wheels to this issue on the floor, but actually dealing with a bill that has a chance to become law and therefore solve the problem.

Last week, a bipartisan group of senators led by Lindsey Graham (R-SC), Jeff Flake (R-AZ), and Durbin presented Trump with a proposal that would give DREAMers a chance at legal status and a path to citizenship, while restricting them from sponsoring their parents, eliminating the diversity visa lottery, and funding some border projects.

The proposal was panned by conservative immigration hawks. Sen. Tom Cotton (R-AR) called it a joke and a mass amnesty bill. Rep. Mark Meadows (R-NC), who chairs the Freedom Caucus, a group of the House’s archconservatives, called it a Durbin deal.

Trump – who has been engaging hardliners like Meadows, Cotton, and Rep. Bob Goodlatte (R-VA), who has been pushing a conservative alternative – nixed the bipartisan Graham-Durbin plan and has since been stoking partisan rancor. The result has been a divided Congress, stuck between lawmakers actively participating in bipartisan negotiations, conservative hardliners who have shown no interest in compromise, and a group of leadership members who haven’t moved far past square one.

There’s still some hope something can be cobbled together, but also a clear acknowledgment that not much work has been done to get there.

I haven’t seen anything tangible yet from what they have been talking so far, but we still have 48 hours here to get something accomplished, Rep. Joe Crowley (D-NY), who is in Democratic leadership, said.

On MSNBC’s Morning Joe, Meadows said he had spoken with McCarthy late Wednesday night: We’re making good progress, but there won’t be an answer today, he said Thursday morning.

Republican leadership has consistently pushed DACA down the line

Trump announced in September that his administration would sunset DACA, fully ending the program on March 5. Since then, several proposals giving legal protections to the 690,000 undocumented immigrants in the program have cropped up – none of which have been endorsed or supported by GOP leadership.

Republican leaders, who were previously preoccupied with an Obamacare repeal effort and then a tax reform bill, have spent months asking the White House for more clarity on Trump’s vision for a DACA deal.

Last week, after a bipartisan meeting in the White House, Republicans returned to the Capitol saying they had finally gotten some clarification: Trump had narrowed the scope of DACA negotiations, GOP senators said. Then the president rejected a proposal that seemed to check every box on his framework, and McConnell is turning back to Trump for guidance.

On specifics, Chief of Staff John Kelly met with Democratic and Republican lawmakers on Capitol Hill Wednesday, repeating what many have known for a long time: A physical border wall will not stretch the entire southern border, Mexico won’t be paying for it, and Trump is for permanent legal protections for DREAMers. Then Trump tweeted Thursdaymorning that the wall will be paid for, directly or indirectly, or through longer term reimbursement, by Mexico.

What’s clear is GOP leaders don’t have much direction or urgency to strike a deal on DACA. Ryan and McConnell have both said they’re operating on the March 5 deadline. Cornyn once even suggested Trump’s March 5 date could be extended. In light of a recent court ruling allowing DACA recipients to renew their legal status, the need to strike a deal has weakened even more. 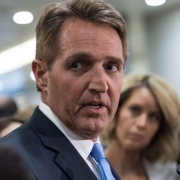 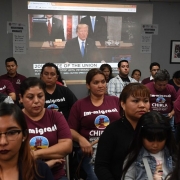 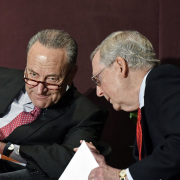 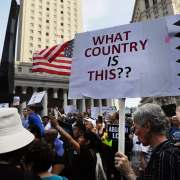 People are dying because of the Trump administration’s immigration policy

Trump Should Be Impeached Because He ‘Sabotaged’ Bipartisan Immigration... Scroll to top