A Texas nonprofit has established a hotline to help reunite immigrant families who were separated at the border under the Trump administration’s zero tolerance policy, a move that comes amid frustration with the pace of the government’s own reunification efforts.

The new National Families Together Hotline will be staffed by volunteers who have been trained to ask for the information they need to find detained parents, according to the nonprofit Refugee and Immigrant Center for Education and Legal Services (RAICES).

Once parents are located, RAICES staff will help them connect with pro bono legal services.

We have had to resort to becoming private investigators to find these families and reunite them while ensuring they have access to pro bono legal representation.

A Homeland Security spokeswoman referred questions to the Department of Health and Human Services. A spokesman for that agency did not immediately comment.

Both agencies run their own hotlines for parents and children in federal custody, but advocates have complained that there are long wait times and that even when children know where their parents are being held, it is difficult to call them while they are incarcerated.

Another nonprofit, the New York-based Vera Institute of Justice, iscoordinating a separate effort to help detained parents find their children.

In early May, the Trump administration announced it would prosecute all illegal border-crossers under a new zero tolerance policy. Because children cannot be jailed, the new policy meant some migrant children – including some infants and toddlers – were taken from their parents at the border.

The administration reversed itself after images and audio of distressed children sparked a backlash, but it announced no clear plan to reunify the at least 2,500 boys and girls who remain separated from their mothers and fathers.

This week, a federal judge set the first timeline for reunification, ordering the federal government to return all migrant children separated from their parents to their families within 30 days – and within just 14 days for children under age 5. Advocates say they still have not been told how the Department of Homeland Security, which detains parents, and the Department of Health and Human Services, which cares for separated children, intend to comply with the court’s order.

In addition to establishing a hotline, RAICES – the beneficiary of a viral social media campaign to help separated families that has so far raised more than $20 million – is also coordinating an effort to create a database of separated children, based on reports from lawyers who are representing them.

So far, the nonprofit knows of 453 children who have been unable to find their parents. The youngest is just two months old, and the average age is eight. 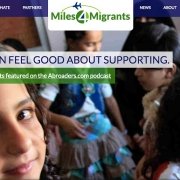 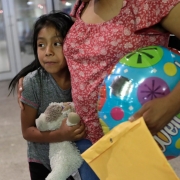 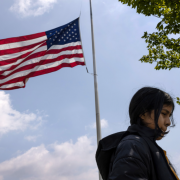 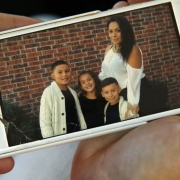 A mother risked her life to reunite with her kids in the U.S. Now she faces prison time 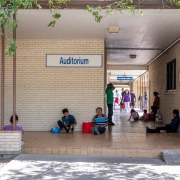 Most immigrants are in the U.S. legally, something most Americans don’t... Kids in immigration court: A maze with life and death consequences Scroll to top