Thousands of people have signed an online petition calling for the disbarment of a New York lawyer accused of threatening to have cafe workers deported after he heard them speaking Spanish, an incident caught on video that went viral.

The clip, recorded on Tuesday by a customer at Fresh Kitchen in Midtown Manhattan and posted on Facebook, shows a man who appeared to be about 40 years old, with short dark hair and a white dress shirt, growing enraged and loudly complaining to the sandwich shop staff after hearing conversations in Spanish.

“Your staff are speaking Spanish to customers when they should be speaking English. It’s America!” he shouts in the video, which has garnered more than 5.4 million views.

“My guess is they are not documented so my next call is to ICE to ask each of them to get out of my country,” he says, referring to the U.S. Department of Homeland Security’s Immigration and Customs Enforcement.

“I pay for their welfare – the least they can do is speak English,” he said.

Other customers are heard on the video denouncing what they describe as his racist comments.

The tirade went viral at a time when many Americans are frustrated by what they view as a wave of illegal immigration into the United States, a sentiment that Donald Trump exploited in his successful campaign for the presidency.

A petition started on Change.org on Thursday urges the New York State Bar Association and the First Judicial Department Attorneys Grievance Committee to disbar the man, whom it names and identifies as a lawyer. As of late Thursday afternoon, more than 12,000 people had signed the petition.

The bar association said complaints against attorneys are investigated by grievance committees appointed by the Appellate Division of State Supreme Court. 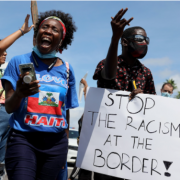 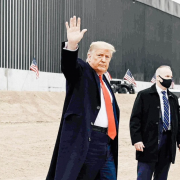 Democrats Could Lose the Immigration Debate 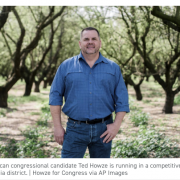 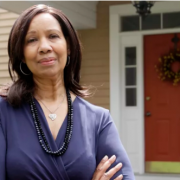 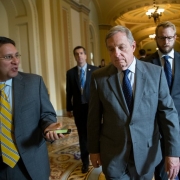 Inside the Oval Office Immigration Meeting That Left a Senator Stunned