What is the nation being led to believe? Even if all immigrants aren’t criminals, they steal from the system, living off welfare and other government handouts. This is just another good reason for sending them back so we can take care of our own. The entire concept of a generous, caring nation filled with opportunity needs expunging from the global narrative to stem the tide of immigrants.

What some seem to forget is that immigrants are our own; 41.3 million of us are foreign-born. We live in various stages of trying to belong legally while knowing in our hearts that we belong because we are here, because we work at being good citizens, because we have deep ties to family and community, because the U.S. is our home.

A 2015 study by the Center for Immigration Studies, a group advocating for less immigration, found that 51%f of the nation’s immigrants receive some kind of government assistance –Medicaid, food stamps, school lunches, housing assistance — compared with 30% of native-born.

This study was reportedly based on 2012 data from the Census Bureau’s Survey of Income and Program Participation. It included U.S.-born children, naturalized citizens, legal permanent residents, those on short-term visas and undocumented immigrants.  In other words, the study included citizens and residents who are legally eligible for government assistance.

Looking at this one study doesn’t really examine the actual impact of current immigration law on the Undocumented. First of all, most public benefits require proof of legal immigration status, so the Undocumented do not qualify for welfare, food stamps or Medicaid.

Secondly, even legal immigrants cannot receive these benefits until they have been in the States for over five years. Citizen children of the Undocumented do qualify for government programs, and the Undocumented are eligible for public schooling, though in-state-tuition benefits are available in only a handful of states.

Third, the 2010 Patient Protection and Affordable Care Act, known as Obamacare, does not grant the Undocumented access to taxpayer-funded subsidies or credits to buy health insurance through the exchanges. However, the Undocumented can’t be turned away from emergency rooms.

Fourth, and most telling of all, is that non-citizen immigrant adults and children are about 25% less likely to be signed up for Medicaid than their poor native-born counterparts and are also 37% less likely to receive food stamps, according to a 2013 study by the Cato Institute.

The Director of Research at the Center for Immigration Studies, Steven Camarota, said that the nation’s immigration system should be more selective and indicated that education should be a major criterion for opening doors to the more prosperous immigrant. To be fair, he didn’t openly advocate returning to the decades before passage of the Hart-Celler Act in 1965, prior to which the U.S. openly discriminated against most of the world that wasn’t Europe.

It is hard to imagine even well-educated immigrants, who have left everything behind, starting over with everything they need unless they are wealthy and/or well-connected. The U.S. already expedites visas for needed skills but using education as a criterion for immigration has its own drawbacks. Even if the U.S. only allowed the better educated, many of their professional licenses would be invalid in our country and they might have to work for years in low-level jobs to earn equivalent standing in the U.S.

First-generation immigrants have usually struggled much more than their children. Linda Chavez, President of the Becoming American Institute, says that these kids who get subsidized school lunches today will go on to graduate high schoolâ€¦will go on to college and move up to the middle class. She points out how much things change in just one generation. Already, education levels are on the rise. For example, nearly half of Mexican immigrants, 25 or older, had graduated high school and one in eight held a BA.

Even when Camorata turned from education to the ability to advance through hard work, he seemed perplexed by his finding that if you were to work for $10 an hour, 40 hours a week, you couldn’t be receiving welfare, could you? To his surprise, he found the answer to be a resounding yes.

Focusing on family incomes, he discovered that 76% of immigrants with children received some form of government assistance. This high percentage seemed more understandable once compared to the 52% of native-born households with children who also received help.

What Camorata did not appear to explore in greater depth is that immigrants often work several jobs and still don’t make a living wage. They come to this country with a willingness to work hard and a dream to work their way up, but being undocumented often keeps advancement and higher wages at bay – a shameful waste of human potential occurring every day.

Despite this, or perhaps because of it, according to the Center’s study, immigrants are more likely to be working with 87% of households reporting at least one worker compared to 76% of native-born families. Notwithstanding the work ethic, government assistance was needed most for immigrants from Central America, Mexico and the Caribbean. The rates for other regions include East Asia (32%), Europe (26%) and South Asia (17%).

What is missing from the discussion is how much immigrants contribute to the economy through their businesses and services, how much they pay in taxes and Social Security and what unleashing their full potential would do for the nation’s competitive edge and to its commitment to provide equal opportunity.

A CBO report on the failed Comprehensive Immigration Reform Act of 2007 concluded that a path to legalization for immigrants would increase federal revenues by $48 billion accompanied by a $23-billion increase in cost of public services with a final surplus of $25 billion for government coffers. By the time the Senate passed a 2013 immigration bill that never even got a vote in the House, the CBO projected reduced national deficits of $175 billion over the first 10 years and at least $700 billion in the second decade.

We, the Undocumented, contribute far more to this country than we take. It may say more about the nation than it says about us that we often struggle to survive, even while working several jobs and living in crowded and even deplorable conditions – where we find ourselves in the company of native-born Americans who are also living on the margins.

We’re not looking for a handout or even a hand up; we’d just asking for some relief from all the hateful rhetoric, the never-ending bureaucratic obstacles and the failure of the government to act: to fully implement DACA and DAPA for deferred action and to provide us with a path to citizenship where we can finally realize our potential and the promise of the nation. 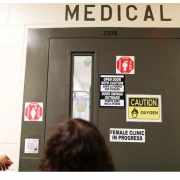 ‘They Put Us in Here to Let Us Die’: ICE Prison Sees Outbreak of Coronavirus-and Guard Violence 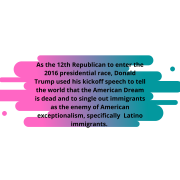 2 Nobel-winning economists speak out on our big economic problem: not enough immigration 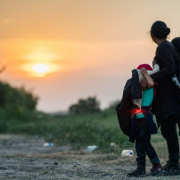 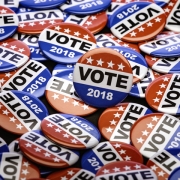 If You Care About Immigrants, Prove It In The Midterm Elections