As the second GOP primary debate is distilled into a highlight reel, illegal immigrant terminology continues to be a defining topic in the overall issue of immigration. How the issue is framed sets the stage for whether the discussion is civil and constructive or full of bombastic fear-mongering.  To date the Republican primary season has been filled with a total disregard for the fact that we, the 11-million Undocumented, are actually real people with real lives and real families inextricably interwoven into our communities, into the very fabric of the nation. No, we’re all portrayed as criminals needing to be rounded up and discarded.

Gabriel Arana, senior media editor of The Huffington Post, discusses how the media, including the September 16th debate sponsor, CNN, must decide how to respond to the evolving times regarding immigration. He makes the case that a rookie journalist is taught to always refer to the alleged perpetrator when reporting on a crime. This is not the case when the media talks about illegal immigrants or even more darkly about illegal aliens while reporting on the Undocumented. There is no alleged anything. There is no trial or conviction. These foreign-born immigrants, some of whom are more accurately defined as refugees fleeing for their lives, are all illegal in the court of public opinion as presided over by the media. Somehow the person is illegal — not the act of being in the States without government permission — but the actual human being, as if the person has no right to be, at least not to be here.

Many news organizations have decided that illegal immigrant and its more sinister cousin illegal alien are politically charged, legally inaccurate and viewed as racial epithets. They have settled on terms such as undocumented and unauthorized.

Federal immigration law says that unlawful presence in the country is a civil offense and is, therefore, not a crime. The punishment is deportation. However, some states like Arizona are trying to criminalize an immigrant’s mere presence.

Words always matter in framing any debate. Is the baby a U.S.-born citizen or an anchor baby?If we find ways to disparage babies, we’ve already lost all sense of our own humanity. Anchor baby is not only hateful; it’s a lie since U.S.-born children do not protect their families from deportation.

In the media, where words have national and even international resonance, it seems incumbent on the moguls who run the show to evolve with the times as they have so often before regarding such matters as ethnic groups, women and war-mongering enemy stereotypes.

Though the national media may lack the onboard diversity they need to truly relate to their audiences, some of their members are making themselves heard. Mekahlo Medina, president of the National Association of Hispanic Journalists, has called for abolishing illegal immigrant and illegal alien. He says these terms incite fear and hatred. Journalist and activist Jose Antonio Vargas has joined forces with NAHJ, and together with Vargas’ Define American pro-immigrant group, they are launching a petition to end the use of these incendiary and demeaning terms in the media.

After each GOP debate and with every Trump appearance and copycat candidate statement, the immigration issue becomes more heated, the rhetoric uglier and the dehumanizing of 11-million Undocumented more of a threat to us personally and to the nation’s founding principles.

No right-minded politician would ever deliberately try to alienate this many people, but we don’t matter because we’re vulnerable, because our speaking out is a courageous, even deportation-risking act whereas these presidential candidates are groveling to their always angry base, looking for someone to blame. They are not offering any vision for the country or leadership on much needed immigration reform.

We, America’s Undocumented, are more powerful than the politicians know because we can rally, protest and petition for our rightful path to citizenship. We can support candidates who share our views and work on issues that advance our cause. We live in mixed households and communities where we can make sure the citizens among us register to vote and get to the polls. We can remind all politicians that though immigration may not be our only issue, it’s the one that lets us know if they value who we are.

What would be so good to hear from all the candidates, not just the first-generation American candidate or the one born in Canada to a Cuban parent, but all the candidates: My name is and I’m the proud descendent of immigrants and I’m running for President of the United States. 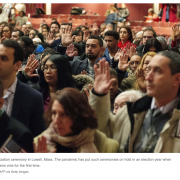 With Naturalizations On Hold, Potential New Voters Sit On Sidelines 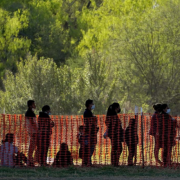 US Expands Virus Testing of Detained Migrants Amid Criticism

The genius of immigrants is helping restaurants survive the pandemic 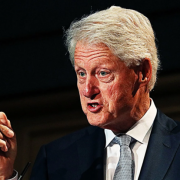 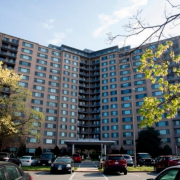 Hurdles as Immigrants Seek Texas Birth Certificates for Children Detention conditions ‘similar, if not worse’ than migrants’... Scroll to top