Ten immigrant women who had been held at government-contracted family detention centers filed complaints with the Department of Homeland Security on Thursday alleging that they and their children had received substandard medical care at the facilities.

“These 10 complaints are representative of the regular failures of DHS to provide adequate medical care for mothers and children in family detention facilities, and they add to the already ample evidence demonstrating why family detention must end,” the immigration attorneys’ groups representing the women said in a statement.

The groups urged the department to “conduct a prompt and thorough investigation into these examples immediately and to take swift action to fully investigate the systemic problems.”

A Homeland Security spokeswoman did not immediately respond to a request for comment. But officials have defended the family detention centers in the past as humane facilities well equipped to provide medical, educational and other services to women and children. Last month, officials announced added oversight and case reviews intended to improve family detention.

The Obama administration has been expanding immigrant family detention since last summer’s surge of illegal immigration on the southern border, primarily from Central America. The number of family detention facilities were expanded from one 95-bed family detention center in Pennsylvania to three, the larger two in Texas, with a capacity by year’s end of 3,700 beds.

The women allege in their complaints to Homeland Security’s inspector general and Office of Civil Rights and Civil Liberties that they and their children were denied medical care and mistreated, and that they endured medical errors, including:

A child vomiting blood was told to drink water and was not referred for off-site medical care for three days.
A woman with two broken fingers was denied medical care and advised to drink more water.
A woman with breast cancer was repeatedly denied medical treatment.
More than 250 children were mistakenly given adult doses of a Hepatitis A vaccine.
A 5-year-old was repeatedly transferred off site for medical care only to have on-site medical professionals later refuse to issue prescribed medication.
The complaints were submitted on behalf of the women by the American Immigration Council, American Immigration Lawyers Assn., Catholic Legal Immigration Network Inc., Immigrant Justice Corps, Women’s Refugee Commission and Refugee and Immigrant Center for Education and Legal Services, or RAICES.

The attorneys did not identify the women in the complaint but provided their identities separately to Homeland Security.

One complaint alleges that a 29-year-old woman from Honduras struggled to get treatment for breast cancer in detention. The woman fled Central America with her two children, ages 4 and 6, after being targeted by a gang. When she suffered headaches and vomited for several days at a time at the detention center in Dilley, Texas, she had to wait days to see a doctor, the complaint alleges.

The attorneys also quote a 24-year-old Honduran woman held in Dilley with her 5-year-old daughter. “These are delicate situations when someone is sick and vulnerable. They just care about control,” the woman said.

She alleges in her complaint that it took weeks to get her daughter treated, eventually with help from the Honduran consulate, and even then, she could not get prescribed medications at the detention center.

“I thought I came to this country to escape abuse, mistreatment and disrespect,” she said. “But it’s the same here.”

Jonathan Ryan, executive director of San Antonio-based RAICES, said the group had not received a response Thursday from Homeland Security.

“The substandard medical care that these women have access to is one of the principal examples of ICE’s inability to manage family detention in a way that is safe,” Ryan said. “There are mothers and children in these facilities with significant, time-sensitive issues that are not being treated.”

Also on Thursday, a 25-year-old Honduran woman who was held for more than six months at the family detention center in Dilley sued Homeland Security and ICE officials in federal court in San Antonio.

Lolian Celina Gutierrez Cruz requested that the judge free her and her 6-year-old daughter, alleging that they continue to be held even though she passed an asylum screening in February. She alleges they were denied medical care to the point that her daughter had to be rushed to a hospital when she started vomiting blood.

Earlier this week, a social worker formerly employed at the detention center in Karnes City, Texas, told members of Congress at a Washington forum on family detention that she resigned after being forced to omit medical information from women’s files, ignore medical complaints and condone other “unethical” behavior that jeopardized her license.

Last week, a federal judge in Los Angeles gave the Obama administration until Monday to show why she should not hold them to conditions for detaining children outlined in a 1997 court settlement, potentially ending family detention. A department spokeswoman has said the government is preparing a response. 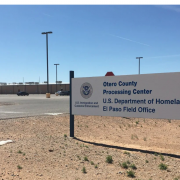 Immigrants Held in US Prison Sue Over Harsh Conditions 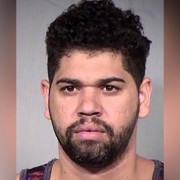 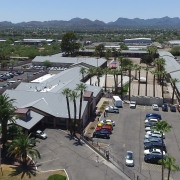 Immigrant Youth Shelters: If You’re a Predator, It’s a Gold Mine

Asylum seekers in Tijuana not deterred by Trump’s immigration policy ...