Homeland Security officials may have neglected to give a choice to as many as three-quarters of all migrant parents removed from the United States about leaving their children behind, contradicting repeated public assurances from Homeland Security Secretary Kirstjen Nielsen.

The Trump administration failed to document consent in most such cases, an administration official told POLITICO. That lapse increased the number of departed parents whom officials must now find and contact about whether they wish to be reunited with their children, and, if so, figure out the logistics of how to bring them together. The revelation threatens to delay reunifications and renews questions about the administration’s original intent one day ahead of a court-ordered deadline to return most migrant children to their parents.

That migrant parents gave consent to leave their children behind has been a key talking point for Trump administration officials defending the deportations. Over the course of several months, thousands of migrant parents and children were separated at the U.S.-Mexico border under the administration’s “zero tolerance” policy.

“If any parent has been deported … without their child,” HHS Secretary Alex Azar said July 5, “that likely would be a scenario where the parent had actually asked that the child remain.”

But we don’t see it in the documentation, the administration official said. As many as 350 parents may have departed the U.S. without being given the option to take their children with them, the official said Wednesday. That represents three-quarters of the 463 parents who are no longer in the U.S., according to a related court filing, although that number is under review, according to the DOJ.

A DHS spokeswoman did not address the documentation question directly, but said that an election form indicating whether a parent consents to removal without a child must be read to the parent in a language the individual understands. A form must be certified by an immigration officer and include mention of the use of an interpreter. The reading of the election form was ordered July 10 by U.S. District Court Judge Dana Sabraw.

Before then, a spokeswoman for U.S. Immigration and Customs Enforcement said, the agency’s practice was to offer parents a chance to reunite with a child before departing the country, “to the extent practicable,” as outlined in 2017 guidance.

HHS officials are readying a plan to reunify the parents and their children, an agency spokesperson told POLITICO.

There is a plan, Kenneth Wolfe, a spokesman for HHS’ Administration for Children and Families, said Wednesday. We will have additional details either later today or tomorrow.

Officials later amended that to say they were already executing the plan because that is what the court has instructed us to do and would release updated numbers on Thursday.

The administration had completed 1,012 reunifications by Tuesday out of 1,637 parents it deemed eligible to reunite with their children, with most of the remaining 625 expected to be reunited by the deadline.

But that excludes 914 parents whom the Trump administration judged ineligible for reunification or “not yet known to be eligible,” including 463 parents no longer in the U.S.

The American Civil Liberties Union argued in a court filing Wednesday that some migrant parents separated from their children at the border may not have adequately understood the waiver process presented by the federal immigration officials – and in fact did intend to reunite with their children.

The most common stumbling block appeared to be language issues, according to signed declarations from more than a dozen legal services providers and advocates, as well as a 51-year-old Honduran mother separated from her son in June.

Some forms were presented in English to parents who did not speak that language, the ACLU argued. Some parents with limited or no literacy were not told what they were signing. â€¦ Parents who speak an indigenous language were at a particular disadvantage.

In some cases, the ACLU noted, parents said they signed forms they believed would lead to reunification, but instead waived that right.

Lee Gelernt, an attorney with the ACLU, which represents the plaintiffs in the class-action lawsuit over family separations, said the civil rights group planned to collaborate with nongovernmental organizations in the U.S. and abroad to track down parents who were deported or departed voluntarily.

I think we’re in for a very difficult time with this group, Gelernt said. Because I don’t know that the government has specific information about where these families are, aside from the country.

HHS is reviewing several options to reunite hundreds of now-departed parents with their children. The agency has been checking whether DHS secured a waiver from every parent to leave their child behind, and, if not, whether the HHS refugee office checked to see whether the parent wishes now to be reunited with his or her child.

Under one scenario, U.S. Customs and Border Protection officials could parole migrant parents into certain locations in the U.S., where they would be reunited with their children and then removed together. Administration officials also are considering other options.

This is an unprecedented situation, said David Leopold, a Cleveland-based immigration attorney and former president of the American Immigration Lawyers Association. I don’t think we’ve ever had a situation where the government put together a policy designed to punish people by taking children from their parents.

They can bring back all 463 parents, and they should, he added.

The Texas Civil Rights Project is representing six fathers – three from Guatemala and three from Honduras – who were separated from their children and then later deported to their home countries.

The government said they intend to deport those children, but how do they find where the parents are? asked Efren Olivares, a program director with the organization.

The group was able to locate one of the fathers and considered hiring an investigator to help find the others, but Olivares said that the administration put no effort into locating the deported parents on their own.

It’s a matter of the political resources that the government is willing to put into this, he said. I think it’s certainly going to be challenging. I hope none of them will be separated forever.

Olivares said that the Office of Refugee Resettlement hasn’t given his group much information about the exact location and conditions of the children of those deported parents. In some cases, parents are reaching out to NGOs in their home countries because they are either too poor to access the a hotline set up by the administration or don’t know where else to go.

One deported parent contacted an NGO in Guatemala, which in turn contacted the immigrant advocate group Kids in Need of Defense, said Megan McKenna, senior director of communications and community engagement at the organization.

Through the group’s shelter contacts, McKenna said they were able to find the child of the deported parent. It was like finding a needle in a haystack, but we were able to do it, she said.

McKenna said that the administration has yet to lay out how it will reunite deported parents separated from their kids.

The situation is also unprecedented for the refugee office, complicating already difficult cases, said Mark Greenberg, who held high-level positions in HHS’ Administration for Children and Families under the Obama administration and is now a senior fellow at the Migration Policy Institute.

The ORR shelter system is not at all set to deal with situations to reunite a child with a parent that’s been deported, said Greenberg. The agency will now be on the front lines of locating parents in other countries and figuring out how they want to handle their children’s immigration proceedings. Previously, the agency mostly dealt with kids who arrived without their parents, but were equipped to identify potential sponsors who could take them in.

This is totally different from what the shelter system is accustomed to doing, he said. It is going to be up to the court how that happens, he added.

In the meantime, ORR will have to deal with a surge of kids who are in shelters.

The average length of time that unaccompanied minors spend in federal shelters rose to an average of 57 days in June, a dramatic increase over the 34-day average in December 2016.

That’s looking at length of stay for children who leave, he said. It’s not telling us about children who stay. 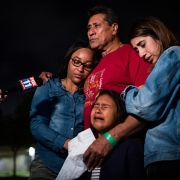 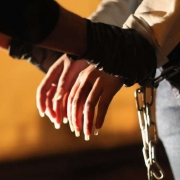 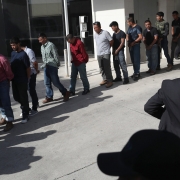 A Day in the Life of a Lawyer at the Border

El Salvador: 3 Kids Separated in US Were Abused at Shelters
0 replies