The United States government has reunited 522 migrant children who were separated from adults as part of President Trump’s zero tolerance immigration policy, the Department of Homeland Security said late Saturday.

The government knows the location of all children in its custody and is working to reunite them with their families, the department said in a statement.

After weeks of public pressure, Mr. Trump signed an executive order on Wednesday meant to end the separation of families at the border by detaining them together for an indefinite period instead.

The separations began after the federal government announced in April that it would pursue a zero tolerance policy of criminally prosecuting every adult who illegally crossed the border or tried to do so.

While adults were sent to jail or indefinite detention, more than 2,300 children were separated and sent to government-licensed shelters or temporary foster care.

Government efforts to match separated migrant children with their guardians face considerable obstacles. Additionally, the process of reuniting families as well as the indefinite detention they face once they’re back together could have psychological consequences for parents and children alike, experts said.

The department said in the statement that 16 more children were expected to be reunited with adults within 24 hours. Earlier attempts for those children were delayed because of weather conditions that affected their ability to travel.

Some children will remain separated from the adults they were traveling with if a family relationship cannot be established or if there are concerns about the children’s safety with those adults, the department said.

As of Wednesday, there were 2,053 separated children being held in federal Department of Health and Human Services facilities, the statement said. Children can talk by telephone or video to a parent or guardian twice a week.

Children who were separated from adults at border crossings make up 17 percent of all minors in the agency’s custody, officials said, with the rest having arrived in the United States unaccompanied.

Federal employees, some of whom were conflicted about Mr. Trump’s policy, have been working overtime in an effort to reunite the thousands of children and parents who were separated at the border over a period of several weeks this spring.

The federal Office of Refugee Resettlement has a toll-free number set up for parents looking for their children.

But parents said they had gained little information using the number, while some have discovered that their children are being held several states away. Other parents have already been deported and are trying to locate their children from abroad. Officials said that parents who are deported from the United States can ask that their minor children leave with them.

Critics also said that many migrants in federal detention do not have a phone number where agencies can call them back. 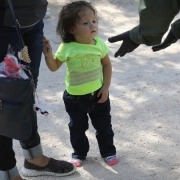 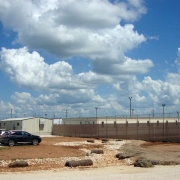 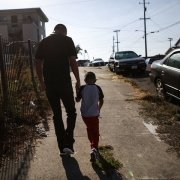 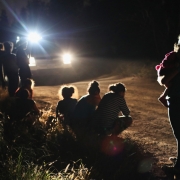 How Will Detained Children Find Their Parents?

Is the Border in Crisis? ‘We’re Doing Fine, Quite Frankly,’... Scroll to top