More Migrants Die Crossing the Border in South Texas Than Anywhere Else in the U.S. This Documentary Depicts the Human Toll 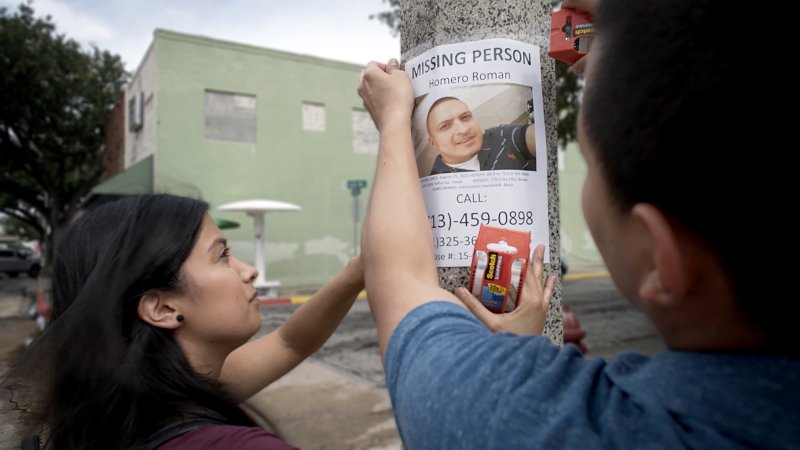 There’s no beating around the bush. Within the first few minutes of Missing in Brooks County, a documentary by filmmakers Lisa Molomot and Jeff Bemiss, a migrant’s body is found out in the harsh landscape of South Texas. Though the decayed human remains are only on screen for a few seconds, the image is hard to forget. “We wanted to set the stakes for people,” Bemiss tells TIME. “What’s happening in Brooks County is so extreme that you have to see it to really get your mind around it.”

More migrants die after crossing the border illegally in South Texas, where Brooks County is located, than anywhere else in the U.S., even surpassing Arizona, where at least 7,805 migrants have died since 1998. In South Texas, 3,253 migrant deaths have been documented in the last 22 years, according to a 2020 study by the University of Texas at Austin’s Strauss Center for International Security and Law. But beginning in 2012 the region saw a spike in the number of deaths taking place there, surpassing southern Arizona. By 2019, migrant deaths in South Texas were three times higher than in the Arizona desert. The overall death toll in South Texas is believed to be much higher than the figures show, according to Strauss Center researchers, because migrants can go missing for years before their remains are found—and many may never be found. People who drown in the Rio Grande and wash up on the Mexican shore are also not included in these statistics. And officials don’t always contact Border Patrol to record the death of a migrant.

And unlike in Arizona, where all remains are processed through a single medical examiner system to be identified, anthropologist Kate Spradley, who appears in Missing in Brooks County, tells TIME that the system in Texas makes it much harder for families to find closure. “In Texas, you have this fragmented system of justices of the peace who don’t receive training,” she says. “And therefore all of these deaths that occur, they’re just found and buried, and you never see them again, and nobody talks about it.”

Missing in Brooks County, which has been screening at film festivals and is releasing in select theaters on Friday, zeroes in on one South Texas county and documents the toll it takes on family members in search of missing loved ones who made the unauthorized trek across the U.S.-Mexico border. The filmmakers explore why this region can be particularly deadly for migrants and the flaws in local, state and federal systems that make it hard for human remains to be identified. 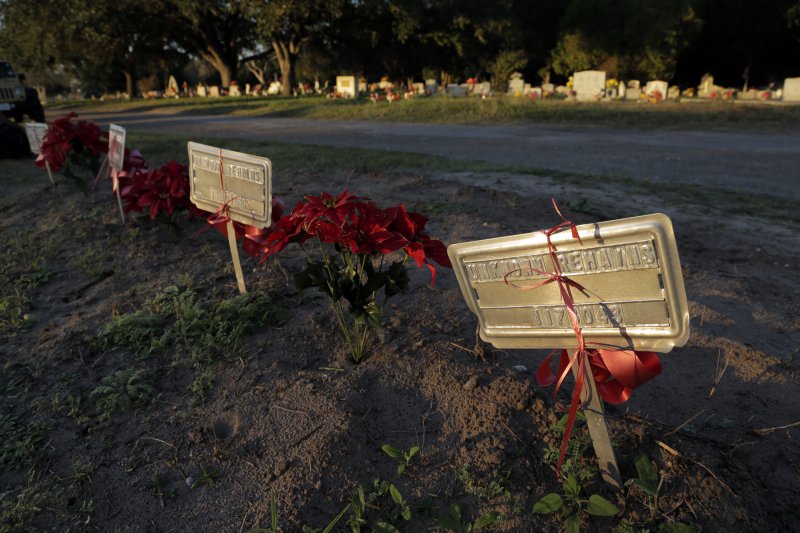 Molomot and Bemiss originally set out to make a film about a group of anthropologist’s work identifying remains of anonymously buried migrants in Brooks County, but over four years of filming, they realized the situation was much more complicated.

“When we really started to learn what was going on, we’re like, O.K., this is the story we want to tell,” Molomot tells TIME.

The plan for the documentary changed course and follows two families, including the Román family of Houston whose son and brother Homero Román Gómez went missing in Brooks County after crossing the border with a human smuggler in 2015. The filmmakers also shadow Eduardo Canales, the founder of the South Texas Human Rights Center, which attempts to help families locate their missing loved ones and tries to prevent deaths by leaving jugs of clean water throughout the region; BORSTAR, an agency within the U.S. Border Patrol that specializes in search and rescue missions; Spradley, a professor in the Department of Anthropology at Texas State University, who leads exhumations throughout Brooks County to collect DNA of buried migrants to try to identify them; and members of a vigilante group who patrol area ranches to report migrants who have crossed the border unauthorized.

Brooks County is a vast stretch of land with a small population several miles north of the U.S.-Mexico border. The positioning of a Border Patrol checkpoint on Highway 281, about 70 miles north of the U.S.-Mexico border and 15 miles south of the county’s largest town, Falfurrias, means migrants often head into the wilderness to circumvent Border Patrol agents. It’s at this point that many go missing or die from dehydration or exposure in the wild, where it’s easy to get lost and clean water is hard to come by. When family or friends report that their loved ones might be in danger, rescue missions become complicated because much of the land is privately owned, limiting where and when Border Patrol or volunteers can start a search, and a lack of identifiable markers throughout acres of monotonous territory adds to the challenge. When human remains are found, a lack of county resources and improper systems make it hard to keep track of and identify the deceased.

“As you see in this film, very little is done about it,” Spradley says. “The one thing that all the border has in common is that clandestine crossings are always deadly.”

High rates of migrant deaths are not unique to Arizona and South Texas, they occur throughout the U.S.-Mexico border and can be traced back to deterrence policies that the U.S. began implementing under the Clinton Administration. In the early ’90s, immigration agencies began concentrating resources at more urban and busy ports of entry, and further inland miles away from the border. The agencies were counting on wild and dangerous terrain to serve as a deterrence for unauthorized migration. “[Officials] knew there was going to be a large death toll,” Spradley says in the film to a classroom of students as she teaches them the history of these deterrence measures. “But they assumed that that would prevent more migrants from coming, and it didn’t.”

“[Spradley] is fond of saying that any policy that results in over 1,000 people dying every year should be examined,” Bemiss says. “[Molomot] and I made the film because we thought, well, if lawmakers could meet the families of the missing, they would feel differently about the policies that they’re creating.”

ICE Deported Him After His Movie Came Out. Now He’s Testing The Limits...

For many Afghan refugees, the struggles don’t end when they reach U.S. so... Scroll to top