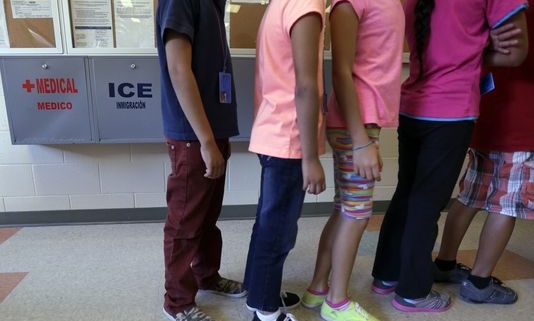 The Trump administration is considering erecting tent cities at military posts around Texas to house the growing number of migrant children separated from their parents, McClatchy reports.

In the coming weeks, the Department of Health and Human Services will visit Fort Bliss Army base near El Paso as a potential tent city for between 1,000 and 5,000 children, McClatchy reports, citing U.S. officials and other sources familiar with the plans.

HHS officials confirmed they are looking at Fort Bliss, along with Dyess Air Force Base in Abilene and Goodfellow AFB in San Angelo as sites for temporary shelters, the news service said.

The Office of Refugee Resettlement at HHS is responsible for looking after more than 11,200 migrant children being held without a parent or guardian. Some 100 existing shelters, however, are now 95% full.

The number of migrant children held in U.S. government custody without their parents has increased more than 20% as a result of a new “zero-tolerance” policy by Attorney General Jeff Sessions and Homeland Security Secretary Kirstjen Nielsen. That policy directs the Border Patrol to refer all people caught crossing the border illegally for criminal prosecution, regardless of their situation.

As a result, children traveling with parents caught at the border are forcibly removed and placed into government care while their parents face criminal charges in court.

Some HHS officials say the children are placed in an appropriate setting while a sponsor can be found to care for them while their immigration case proceeds. The officials argue that the policy helps protect the border while preventing children from falling into the hands of traffickers, according to McClatchy.

Tens of thousands of unaccompanied children and families have been taken into custody since 2014, when a surge of Salvadoran, Honduran and Guatemalan mothers and children crossed into the U.S., fleeing violence and poverty.

The unaccompanied children are generally turned over to family or held in an HHS shelter, like a detention center or tent city. Now, children who arrive with their parents are also being separated from them and sent to HHS shelters or sponsor families, leading to the problem of overcrowding. 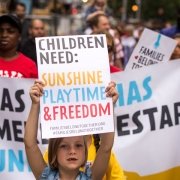 The immigration crisis is about the devaluation of love