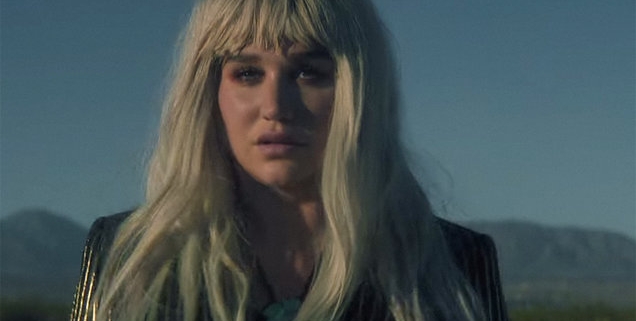 Kesha dedicates her Hymn to all the DREAMers by partnering with United We Dream, the first and largest immigrant youth-led organization in the nation. After meeting with co-founder Cristina Jimenez last month at the Time 100 Gala, the Praying singer composed a Twitter thread Thursday morning (May 31) detailing Jimenez’s work with those under the Deferred Action for Childhood Arrivals program and her role in the organization.

She encouraged her followers to donate their money and time to learning about DREAMers by attaching a link to her #HereToStay Network fundraiser, which pools funds to provide resources to undocumented families and youth across the country. Kesha also detailed that the song Hymn will be specifically dedicated to DREAMers at her concerts and referenced the lyric dreamers searching for the truth as an empowering line for young people under DACA.

Kesha is no stranger to dedicating videos to a greater cause. Her I Need a Woman video was part of the Universal Love project, which partners with Legacy Records to create an album of inclusive wedding tracks with the legalization of same-sex marriage. Her latest music video features the 31-year-old artist being driven in a classic convertible in the desert at dusk by an invisible source. The camera then pans to outcasts from different backgrounds with a harsh flashlight-seeming beam while Kesha croons her DACA-tapped pop ballad.

The diverse subjects of the video later gather in the middle of the road, awaiting Kesha’s arrival. And in a modern-day shot of escapism similar to the iconic bicycle-in-the-sky scene in E.T., the car once driving the singer floats in the night sky. Its galvanizing front lights shine down on the crowd, who wave their arms up and down toward the vehicle.

Watch the full video from her Rainbow album below: 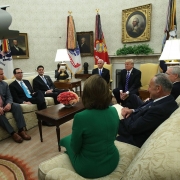 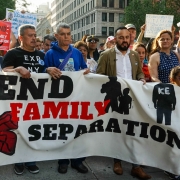 Immigration Compromise Is Doomed Once Again 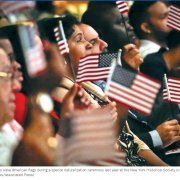 DACA is one way the GOP can stop its death spiral

Texas, six other states sue Trump administration to force an end to DACA

The biggest obstacle to an immigration deal: both sides think they can win
0 replies

Child abuse by government: How child-parent separation at the border is traumatizing... Trump Has Quietly Cut Legal Aid for Migrant Kids Separated from Parents Scroll to top