Progressives across the country, emboldened by the Trump administration’s zero-tolerance immigration policies, have increasingly begun to discuss potential changes to the Immigration and Customs Enforcement agency (ICE).

On Sunday, Sen. Kamala Harris (D-CA), an outspoken progressive in the Senate who is increasingly whispered about as a potential 2020 presidential candidate, joined a growing cadre of Democrats willing to discuss major alterations to the agency.

I think there’s no question that we’ve got to critically reexamine ICE and its role and the way that it is being administered and the work it is doing, Harris told MSNBC’s Kasie Hunt. And we need to probably think about starting from scratch.

Harris’ remarks, though not as definitive as the progressive candidates who are advocating for abolishing ICE entirely, are significant given her high-profile position in the party.

They also indicate a change from Harris’ response to a similar question in March, when she told MSNBC’s Chris Hayes that ICE has a purpose, ICE has a role, ICE should exist. But let’s not abuse the power. Let’s not extend it to areas that are not posing a threat to the safety and the public safety of these communities.

Other Democrats, and independents who caucus with them, were faced with similar questions on the Sunday shows, including Sen. Bernie Sanders (I-VT), whose domestic policies have majorly influenced the positions of a number of sitting members.

“I think that what we need is to create policies which deal with immigration in a rational way,” Sanders said on CNN’s State of the Union, when asked about abolishing ICE. “And a rational way is not locking children up in detention centers or separating them from their mothers.”

Sen. Angus King (I-ME), was similarly measured in his response on Meet the Press, when presented with the comments Harris made.

Well, I don’t know how you abolish an agency without abolishing the function, and I think the function is necessary, King said. As far as what Senator Harris said about examining what they’re doing, how they’re doing it, I think that’s absolutely something we should do. That’s our responsibility to provide oversight. But ultimately, there’s going to have to be an agency.

Outside of sitting members, a number of candidates have made abolishing or defunding ICE part of their platform, including, but not limited to, New York Democratic gubernatorial candidate Cynthia Nixon, Randy Bryce who is running in House Speaker Paul Ryan’s district and Deb Haaland, a Democratic congressional candidate in New Mexico who would be the first Native American woman elected to Congress.

As a sign of the potential this cause has for picking up more support, mere hours after Harris’ reported remarks, another sitting member of Congress said ICE should be abolished.

We should abolish ICE and start over, focusing on our priorities to protect our families and our borders in a humane and thoughtful fashion, Rep. Earl Blumenauer (D-OR) wrote in a Medium post. Now is the time for immigration reform that ensures people are treated with compassion and respect. Not only because it is the moral thing to do, but it’s better policy and will cost less. 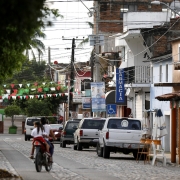 ‘I’ll be killed if I go back’: Undocumented immigrant refuses to board flight at JFK 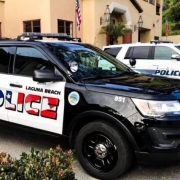 Laguna Beach agrees to pay $18,750 to DACA recipient who was turned over to immigration officials 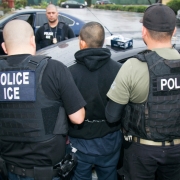 ICE Is Giving More Local Cops the Powers of Immigration Agents. It’s Been a Disaster. 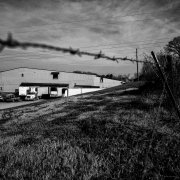 Now We Know Exactly How Many Children the Government Took From Their Parent... Scroll to top