Nancy Gibbs is director of the Shorenstein Center on Media, Politics and Public Policy at Harvard University and a former editor of Time.

It is not an act of particular virtue to love your children and treat them well; instinct and evolution privilege our own kids, and from the moment they blink into the world, we would risk anything for their safety, sacrifice anything for their happiness.

Anyone asserting the existence of certain universal values could always default to this: No decent society would ever argue that it’s okay to torture children. Which made it all the more chilling when U.S. Immigration and Customs Enforcement officers in Mississippi swept up about 680 undocumented workers, leaving some children to return from the first day of school to locked houses, missing parents and shattered families. The spectacle – and it was flaunted as a spectacle, the largest one-state immigration enforcement effort in U.S. history – does not just challenge us on how best to balance politics, economics and justice. It asks us, When is it okay to torment other people’s kids?

For Trump, the answer was clear and blithely callous: This serves as a very good deterrent, he declared. What parent watching the sobbing children would dare step foot across a border illegally? I just hope to keep it up, he said.

You don’t have to be an apologist for open borders to conclude that there are ways to promote security that stop short of emotional torture. Yes, children often suffer when parents commit crimes, but that is the collateral damage of enforcement, not its goal.

Still, the mentality that justifies harming children so long as they’re not your own is not unique to the president. From the beginning of this year to mid-August, the Centers for Disease Control and Prevention confirmed more than 1,200 cases of measles, the most since 2000. Arrogance plus ignorance takes its toll: Parents who won’t risk vaccinating their own children discount the risk to others. If they think vaccines are more dangerous than the diseases they prevent, they should hope other parents stop vaccinating, as well. But more likely they are counting on others to comply so that their own children can have the best of all worlds: no vaccine and little chance of exposure to disease.

In a different way but in the same spirit, the psychotically ambitious parents of the Varsity Blues college admissions scandal did not care who they deprived of a spot at Stanford or the University of Southern California as long as their children succeeded. Unlike many things in life, college admissions is zero-sum; an unqualified student who bribes her way in takes a spot from someone who tried to earn it. Need extra time for the SAT? Get a doctor to diagnose a learning disability. Between 2009 and 2016, the number of students getting special accommodations more than doubled, according to an analysis by the Wall Street Journal. At one school in affluent Westchester County, N.Y., nearly 1 in 5 students had special testing privileges, which was nearly 10 times the national average.

These are starling parents, like the birds that destroy other birds’ eggs to take their nests and protect their own. For if every parent puts his or her child first at all costs, communities degrade, schools can’t function, society becomes ungovernable. And while they are not natural objects of sympathy, the cheaters’ children suffer, as well. The most obvious victims are the ones who end up sick or disabled by infections that could have been avoided. But moral infection eats you from the inside, rots relationships, wounds self-worth. As the college admissions scandal unfolded, I kept wondering what scars the parents’ ambitions left on their children. The ruin of a nation, a Ghanian proverb warns, begins in the homes of its people.

Which brings us back to our larger family. America’s identity derives from ideals that set us apart from the places we left to come here: freedom and fairness, justice and mercy, where anyone with moxie and muscle can build a future. We care for our neighbors; we honor service and sacrifice. Soldiers died for these values; parents watched sons and daughters go to war, sacrifice that which was most precious, to defend something bigger than ourselves.

This president doesn’t seem to think very much of our national character. He discounts our instinctive generosity to those in need, our compassion not just for our own children but all children, our confidence that we can succeed together, not just at each other’s expense.

What happens when nothing is bigger than oneself, no value is worth sacrificing for and it’s every man for himself? We are finding out. 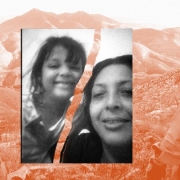 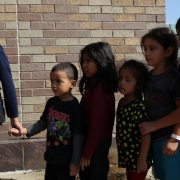 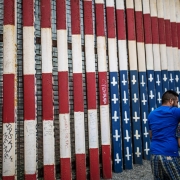 Chicken pox and flu: Migrants are getting sick at the U.S.-Mexico border Scroll to top