The mayor of this Texas border city has been dealing with a crisis.

This week, he declared a state of emergency. Drones filled the skies and emergency vehicles raced down the streets. But none of it had anything to do with illegal immigration.

It had to do with the weather.

A severe thunderstorm caused widespread flooding throughout the Rio Grande Valley in recent days. That other crisis – the one President Trump says has been unfolding on the border because of illegal immigration – is largely a fiction, the mayor, Tony Martinez, and other Brownsville residents and leaders said.

There is not a crisis in the city of Brownsville with regards to safety and security, said Mr. Martinez, who has lived in Brownsville since the late 1970s. There’s no gunfire. Most of the people that are migrating are from Central America. It’s not like they’re coming over here to try to take anybody’s job. They’re trying to just save their own lives. We’re doing fine, quite frankly.

Mr. Martinez is a Democrat in a mainly conservative state, and many Republicans in Texas, like Mr. Trump, have raised an alarm over the numbers of migrants still flowing into Texas. But there is evidence, in federal data and on the ground in places like Brownsville that the immigration crisis Mr. Trump has cited over the past week to justify the separation of families is actually no crisis at all.

There has been no drastic overall increase in the number of immigrants crossing the border, and while the rugged frontier along the Rio Grande Valley has long been a transit point for drugs and the trouble that goes along with them, the violence of Mexico’s drug wars seldom spills into the United States.

In remarks and news releases this past week, Mr. Trump has repeatedly sounded alarm bells on the crisis and mess of illegal immigration at the southwestern border. At an event Friday with families whose loved ones had been killed by undocumented immigrants, Mr. Trump suggested that immigrants commit more crimes than citizens do. And at a campaign rally on Wednesday, he said that illegal immigration costs our country hundreds of billions of dollars. 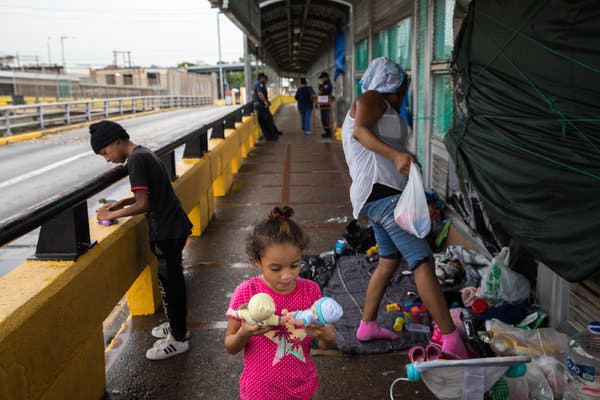 We have to do something about immigration in this country, Mr. Trump said at a cabinet meeting on Thursday. For 50 years, and long before that, it was a disaster. But over the last 20, 25 years, it’s gotten worse.

The numbers suggest that this is not true.

Unauthorized crossings along the border with Mexico have sharply declined over the past two decades, according to government data. From the 1980s to the mid-2000s, the government reported annually apprehending around 1 million to 1.6 million people who tried to cross the southwestern border illegally. That number has been halved in recent years. By month, border apprehensions averaged more than 81,588 under President George W. Bush, declined to more than 34,647 under President Barack Obama and now stand at 24,241 under Mr. Trump.

The president is correct in citing a spike in illegal border crossings that occurred in March: The 37,393 individuals apprehended was a 203 percent increase over the same period in March 2017, though the number was lower than in 2013 and 2014.

Research shows that incarceration rates of both legal and undocumented immigrants across the country are lower than those of native-born Americans, and that the net economic impact of immigration is positive. Mr. Trump’s reference to illegal immigration costing hundreds of billions of dollars likely came from a heavily flawed study from an anti-immigration group that pinned the cost at $116 billion annually. Adjusting for the flaws, the impact would more accurately be stated as $3.3 billion to $15.6 billion, according to the libertarian Cato Institute.

As the numbers show, there is a stark disconnect between Mr. Trump’s border rhetoric and the reality of life in border cities like Brownsville.

In a way, this is old news: Washington rhetoric has been colliding with realities on the ground for decades, regardless of the topic or the administration. But the president’s repeated descriptions of a chaotic, crime-ridden border have frustrated millions of Americans who live and work on the Southwest frontier.

There’s this misconception that we’re in this lawless land, and it’s the wild, wild frontier, and it’s not, said the Brownsville police chief, Orlando C. Rodriguez. We see actually a downward trend in crime in Brownsville over the past few years, and the numbers are just getting better every year. 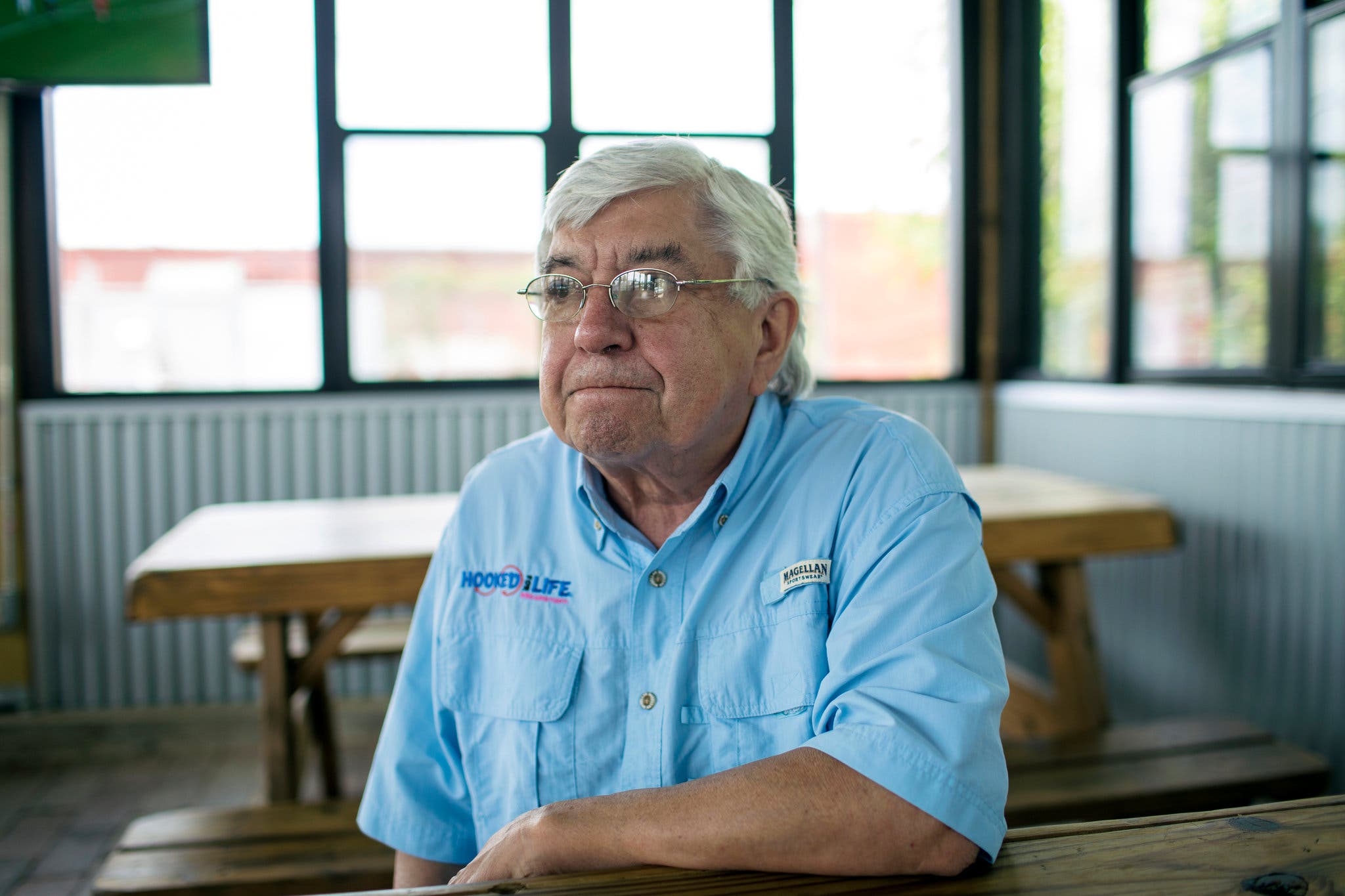 To say that illegals are running around in Brownsville causing problems, we just don’t see it, the chief said.

In Nogales, Ariz., which borders and shares its name with a Mexican city, the number of violent crimes plummeted by more than 70 percent from 1997 to 2016. Similar trends can be seen in San Luis, Somerton and Yuma. The overall crime rate in Arizona has also dropped by more than a third from 1993 to 2016. During that same time, the state’s undocumented-immigrant population more than doubled, according to the Pew Research Center.

President Trump has often cited crimes committed by the transnational gang MS-13 in cities as far from the southern border as New York. Gang members have indeed been responsible for a wave of violence, though some of them were born in the United States, and much of their mayhem is targeted at immigrant communities.

It is also true that Brownsville and other Southwest cities have their share of crime, poverty and social ills as a result of their proximity to the border.

But such incidents often happen on or near the line, as many people refer to it – the physical border along the Rio Grande – or around the Border Patrol’s traffic checkpoints farther north. Out in the towns and neighborhoods, in the malls and the movie theaters, the border is at times a world away.

Everybody was, and I think probably to a large extent still is, going about their way, said Representative Filemon B. Vela Jr., whose district includes Brownsville. If you were in the city of Brownsville, and you wanted to witness anything related to this whole story, you’d have to break into one of the Southwest Key facilities to even know that there’s anything going on, he added, referring to the nonprofit that runs a migrant children’s shelter at a former Walmart.

Like other issues, the border-crisis debate is a partisan one. Mr. Vela and Mr. Martinez, the mayor, are both Democrats, as are numerous other community leaders and residents in a region that has long been a blue outer edge of a red-dominated state.

The Republican leadership in Texas sees the situation differently, and has often highlighted evidence of killings, assaults, shootings and kidnappings on Texas soil that they say are directly related to Mexican drug cartels.

Sergio Sanchez, a Republican activist and commentator in nearby McAllen, agrees with Mr. Trump’s portrayal of the border and his hard-line approach to illegal immigration.

The crisis is real, said Mr. Sanchez, the former chairman of the Hidalgo County Republican Party and the host of a conservative talk-radio show called The Wall. The crisis is immediately south of the border, and it bleeds over to our side. Mexico is literally a lawless land and they need to come to grips with that. The crisis has been going on for decades. It’s been a fact that the border is porous, and has been porous through too many administrations.

When it comes to national immigration policy, Texas’ Republican lawmakers have been largely supportive of the president’s moves to build a border wall and prosecute illegal border crossers, and they have almost gone further than the president in calling for the removal of protections for so-called Dreamers, who entered the country illegally as children.

Yet even state Republicans have balked at the latest turmoil created by the zero tolerance policy that has led to the separation of thousands of migrant children from their families. Several Republican lawmakers, including the speaker of the state House and both United States senators, publicly opposed breaking up families. 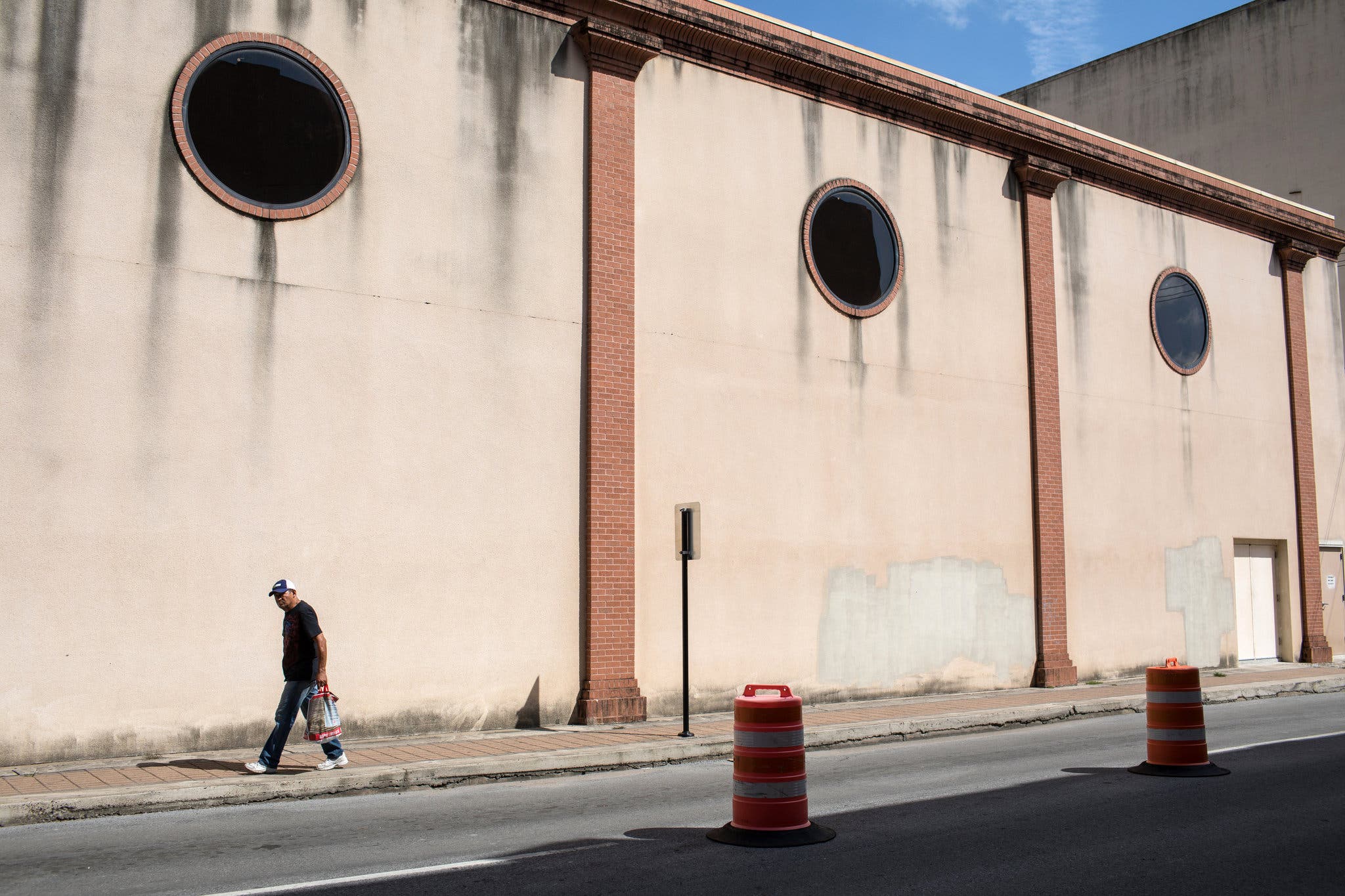 On Friday afternoon, in any case, now that the skies were dry and many of the streets were, too, Mr. Martinez’s border looked and felt far different from Mr. Trump’s.

You could literally see it, or, more accurately, smell it – moist beef brisket, smoked for up to 16 hours, selling for $9.49 by the half-pound at 1848 BBQ, the barbecue joint Mr. Martinez owns downtown. Far from the former Walmart that has become a national symbol of the president’s now-rescinded family-separation policy, the flat-screen TVs here were carrying World Cup soccer, not Mr. Trump’s live remarks on immigration on Friday.

Mr. Martinez greeted the congressman’s wife, Rose Vela. The chief pitmaster, Abraham Avila, had a package for her (and her two French bulldogs): rib bones.

At one table sat Hector Rivera-Marrero, 22, who works part-time at 1848 and graduated in May from the University of Texas Rio Grande Valley with a bachelor’s degree in chemistry. Mr. Rivera-Marrero has lived in Brownsville since he was 10. His mother is an optometrist. His application to medical school awaits.

It’s very strange because people have this idea, this notion of the border, said Mr. Rivera-Marrero, whose family is from Puerto Rico. But in reality it’s very quaint, very relaxed.

Brownsville, a city of 183,000, feels more like a town of 1,830. Families have lived here not for years but for generations, and everyone knows nearly everyone else, and their mothers and fathers. Local officials have been busy with plans to build a new airport. SpaceX’s launch site has been taking shape nearby at Boca Chica Village.

Not long after Mr. Trump spoke in Washington, Mr. Rivera-Marrero left the restaurant for a few hours on an extended lunch break. On the mean streets of the border, he had stuff to do. He picked up his sister from math boot camp. And he got his tires rotated.

Deported Into a Nightmare Scroll to top