As the nation’s immigration judges gathered here for training this week, Attorney General Jeff Sessions had a message: They needed to help end the lawlessness that now exists in our immigration system.

But to many of the judges, Mr. Sessions’s hard-line immigration agenda is increasingly standing in the way of their ability to mete out justice.

In interviews, some objected to quotas he imposed on them this spring of 700 cases per year, as well as his ban on a bureaucratic tool they used to reduce their caseloads. Others expressed concern about the impact his zero-tolerance policy on illegal immigration could have on their dockets, and his push for faster rulings. They viewed those together as leaving them at risk of creating a system that sacrifices due process for efficiency.

Sessions is treating them like immigration officers, not judges, said Paul Schmidt, a former judge in the immigration courts, which count more than 300 judges in their ranks and another two dozen or so on an immigration appeals board.

Mr. Sessions’s carrying out of his immigration agenda has reignited a long-running debate about the independence of immigration judges, who are part of the Justice Department, not the judicial branch. Some of the judges fear that they could be used to help fulfill the administration’s priorities, endangering their independence.

The Justice Department is the premier law enforcement agency, but the role of law enforcement is different from that of a neutral court, said Dana Leigh Marks, the president emeritus of the immigration judges’ union. She said the organization believes the time has come to separate immigration courts from the department.

A Justice Department official said Tuesday that part of the mission of the immigration courts was to complete cases in a timely manner.

The courts have a goal to increase productivity and timeliness of case processing by setting appropriate standards, streamlining procedures, and implementing staff-generated recommendation, according to the department’s website.

Opposition to Mr. Sessions among their ranks, judges said, is more about the pressures he has put upon the office than about his stance on immigration.

Immigration courts stand apart from the judicial system. Cases are often complicated by an absence of documentation and supporting evidence, defendants’ failure to understand American laws and lack of a lawyer. Proceedings can be time-consuming. Many families and individuals have their cases denied, making courts emotionally charged places where crying and screaming are familiar sounds. Judges often burn out, Mr. Schmidt said.

The immigration judges report to a Sessions appointee, James McHenry, the chairman of the office that oversees them. His office controls which cases they will hear and can force judges to prioritize certain cases and send them around the country to work. Mr. Sessions has assigned 18 immigration judges to work at detention centers near the border, about a 50 percent increase in the ranks of judges handling immigration cases in those areas.

In a speech on Monday at the judges’ conference outside Washington, hosted by the Justice Department, Mr. Sessions asked them to look for inefficiencies to finish cases more quickly.

We have to be very productive, he said. Volume is critical.

Three judges said they were struck by his emphasis on speed, prosecutions and policy matters without acknowledgment of the need to balance those demands with ensuring due process for immigrants. They said they feared the focus on metrics and closing cases would make it harder to sort through complicated cases and easier to simply deny applications for entry into the United States.

Scores of attendees wore American flag pins in support of judicial independence and integrity in our courts, according to a note accompanying the pins.

Dozens of judges who gathered early Monday evening expressed anxiety over their treatment, according to one person present who was not authorized to share the details of the private meeting.

They said they lacked specifics on which cases would count toward their quotas. They pointed to Mr. Sessions’s ban on their use of administrative closure, the tool that effectively allowed them to close cases. And they worried that his zero-tolerance policy on illegal immigration would flood the system with new cases and make it hard for them to decrease the system backlog of about 700,000 cases.

The potential impact of Mr. Sessions’s zero-tolerance policy toward immigration has been of particular concern to judges who are already grappling with a large caseload. It’s as if local police and prosecutors decided to prosecute every traffic ticket of anyone going 2 miles per hour over the speed limit and filled the court system with those cases, Mr. Schmidt said.

The Justice Department has said it is on pace to hire 100 more judges this year, and its data shows that the department has never filled every slot. Currently there are 336 judges out of the 484 authorized slots.

In a conference session on Tuesday afternoon with Mr. McHenry, one judge asked if they could delay disciplining judges on the attorney general’s directives about metrics and streamlining the system. The room erupted in applause, but the question went unanswered. 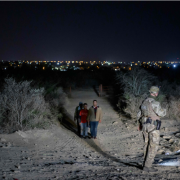 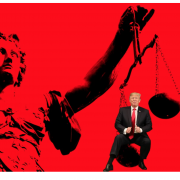 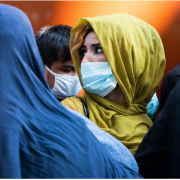 DHS allows Afghans temporary entry into US under immigration law

House to vote next week on two competing immigration bills after Republican...

She Fled to the U.S. After Being Raped Repeatedly by Her Husband. Trump’s... Scroll to top