Nilson Canenguez is facing the prospect of being forced to return to his native El Salvador in the coming months after nearly 20 years in the U.S. But he’s not going home empty-handed – or bitter.

The father of three who came to this country with virtually nothing is leaving as the owner of a construction business with dozens of employees and a nest-egg large enough to buy two properties in his homeland and semi-retire at 45.

I was poor before I came here, said Canenguez, a prominent businessman in the Washington area’s substantial Salvadoran community. Now, it’s not like I’m a millionaire but I’m comfortable. I live way better than I used to.

He is one of about 400,000 people from a handful of troubled countries whose temporary legal residency has been ended by the Trump administration, which has argued the Temporary Protected Status program, or TPS, that let them stay was never meant to be permanent despite repeated extensions. Canenguez’s case is an example of how the program has not only provided a lifeline to immigrants but allowed some to prosper.

The businessman would prefer to stay, of course. But he says he will be ready to head back to El Salvador a month ahead of the September 2019 deadline.

I have no resentment toward the United States or this administration, he said. The laws are there and must be abided.

The end of the TPS, which applies to three Central American countries, along with Haiti, Nepal and Sudan, has generated panic and despair among many immigrant families. Some are frantically consulting with lawyers to find a legal way to stay while others like Noe Duarte, a 41-year-old construction worker from El Salvador, are quietly making plans to try and stay without legal residency.

I don’t say El Salvador is not fine, but I don’t have anything there. My whole life is here, said Duarte, who is hoping to live in the shadows until the political winds change and he is allowed to stay. Our only choice is to run and hide.

Canenguez says he wouldn’t even consider trying to stay in the U.S. without legal residency at this point in his life.

I can’t be a prisoner in the country, he said during interviews at his office and the home in the Maryland suburbs he bought in 2004.

Jose Campos, president of the Salvadoran American Chamber of Commerce of the Washington area, said Canenguez is an inspiration to many in their community.

He is the definition of the American dream, Campos said.

Canenguez also is an example of how a significant number of those affected by the loss of the TPS are relatively affluent or have high-skilled jobs.

Campos says the overall impact of the loss of the program on the Salvadoran community will be significant. About 10 percent of the business chamber’s 200 members are losing their status under the program.

A May 2017 study by a University of Kansas researcher found that the vast majority of TPS holders – 94 percent of men and 82 percent of women – were working; about 30 percent lived in their own home; about 10 percent were self-employed; and half had furthered their education while in the U.S.

The idea that TPS holders are immigrants in poverty is wrong, said Cecilia Menjivar, the author of the study. They have been here long, they have long experience and many are considered high-skilled workers.

Canenguez grew up in San Jose El Naranjo, a town northwest of El Salvador’s capital where his parents moved to avoid the violence of the civil war that wracked the country from 1980-92. He made it through high school and then headed north. With the help of a smuggler he crossed the U.S.-Mexico border, heading first to Los Angeles and then to Washington, the second-largest concentration of Salvadorans in the U.S.

He spoke almost no English – and still struggles with the language – but quickly managed to find work in construction. He legalized his status when Washington designated people from El Salvador as eligible for TPS because of a devastating earthquake in January 2001, and his wife and three children joined him in the U.S.

The program allows people from the eligible countries to work in the U.S. It does not lead to legal residency but people who qualify can petition under other tracks toward residency, something Canenguez said he pursued with six immigration lawyers at a cost of around $60,000, without success.

Canenguez held a variety of construction jobs, working on the rebuilding of the Pentagon after the Sept. 11, 2001, terrorist attacks and on the U.S. Capitol Visitor Center in 2003. He eventually raised enough money to start his own construction business, which now employs about 250 people and operates out of an office near Andrews Air Force Base in Maryland.

The broad-shouldered businessman realized he might have to leave when Trump was elected. In the ensuing months, he started building two properties back in El Salvador and has begun making plans to hold his 25th wedding anniversary there after he and his wife move back. His three adult children will take over the operations of his construction company. One daughter has legal residency through marriage while another daughter and his son are dreamers, who have deferred deportation status, a program the Trump administration has sought to end.

When he gets back to El Salvador, he will apply for a visa and see if he can return. But, if not, Canenguez says he will see what economic opportunities he can find in his homeland or simply enjoy his retirement a little sooner than planned.

I will always respect and admire the United States for the opportunities that it gave us, he said. 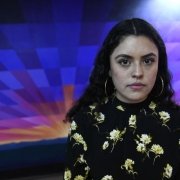 Despite asylum win, migrant may be returned to Mexico again 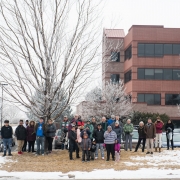 Deportation Looms, and a Father Prepares to Say Goodbye

Trump wants to deport immigrants who use public benefits 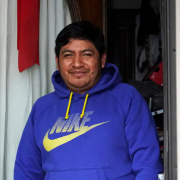 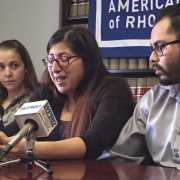