When the Trump administration can’t find crimes to detain undocumented immigrants, it will invent them. That’s exactly what activists fear is occurring in Long Island, NY with Operation Matador, under which Immigration and Customs Enforcement claims to have arrested nearly 350 people for being members of MS-13, or Mara Salvatrucha, a Salvadorean gang whose violence is spreading across America. Advocates believe undocumented residents of Suffolk and Nassau counties are being erroneously arrested for being gang members so they can then be deported. To prove it, a coalition of immigration advocacy groups have filed Freedom of Information Act requests to discover the truth behind the mass deportations.

The nationwide operation against the Central American MS-13 has been underway since May, and the sting is clearly politically charged. The GOP tried to win the Virginia governor’s race with baseless ads claiming Governor-elect Ralph Northam is linked to the violent gang, in an effort not only to defeat Northam but to spread the lie that undocumented immigrants are responsible for the gang’s growth. They failed in Virginia, but while ICE might have been restrained under previous administrations, as acting director Tom Homan explained to CBS News, “since Mr. Trump’s election, ICE has been able to make more arrests; in part, because this administration allows him to prioritize any individual who crosses the border illegally, not just those who have committed other crimes. “The NGOs and the advocates can say what they want. Everybody has their day in court.”

The NGOs are fighting back. “Immigration authorities seem to be using supposed gang affiliation as a pretext to detain immigrants and deny them benefits. New York communities will not be safer if immigrants avoid local law enforcement for fear of being arbitrarily locked up and deported,” said Camille Mackler, director of immigration legal policy at the New York Immigration Coalition. Her organization is a member of I-ARC, a collaborative of 65 immigration, legal and nonprofit services around New York State that jointly filed the FOIA request. They hope to find the information they need from Homeland Security Investigations, U.S. Citizenship and Immigration Services, U.S. Customs and Border Protection, the Suffolk and Nassau County Police Departments, and the New York City Police Department.

Babe Howell, a professor at CUNY School of Law, thinks the arrests are “based on inaccurate information, including information from law enforcement gang databases, which are based on appearances and association rather than on criminal conduct.” In fact, she continued, “any conviction for a crime or criminality is not required. There’s no notice, or a review, or an ability to appeal, so there’s no way of correcting errors in the gang databases.”

ICE agents have even admitted the evidence is less than foolproof. Before one early morning raid targeting a 20-year-old suspected gang member earlier this month, Jason Molina, an assistant special agent in charge of the raid told CBS News, “Yes. We have information, we have pictures of him actually flashing gang signs.” However, as even CBS pointed out, “gang membership is not a crime, and the agents did not have a criminal warrant.” Molina had told reporter Margaret Brennan prior to the raid that he expected the suspect to be heavily armed, but the agents found only “pellet guns or BB guns.”

Unfortunately, as Mackler explained, ICE, Homeland Security and related agencies were still able to make this arrest and hundreds of others under Operation Matador simply because the target is an undocumented person. “They were actually using Operation Matador to not only arrest gang members but also arrest individuals who have no other issues on their record other than they are here in the United States undocumented,” Mackler said.

Activists are adamant that raids like this are counter-productive. In fact, MS-13 is “terrorizing our immigrant communities and our immigrant neighbors,” Mackler said. “Many of them, themselves or their family and friends and neighbors fled those very same gangs and thought that they were finding safety here on Long Island or here in the United States.”

Operation Matador is also undoing years of work spent building trust between immigrant communities and police in an effort to fight gang violence. Patrick Young, program director at the Central American Refugee Center (CARECEN) and a member of the coalition that filed the FOIA request explained that we have always wanted to work to bring the police and the community together because we believe the community are the eyes and the ears of the police in countering the growth and violence of Mara Salvatrucha and other gangs on Long Island.” Unfortunately, he continued, “we’ve seen a lot of our work basically go by the wayside in the last 11 months. People now in the community are very much afraid to come forward. They see the police as working together with ICE in immigration enforcement.

Once I-ARC has received and analyzed the documents, Mackler, Howell and Young explained they will be compiling a report with their findings and creating toolkits for immigrant communities and immigration attorneys to use when they believe gang allegations have been made in an inappropriate way. They’re not expecting a smoking gun, but rather stronger proof of the government’s attempts to use fabricated gang affiliation as a pretense for deportation. 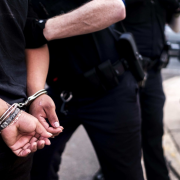 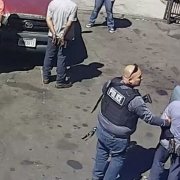 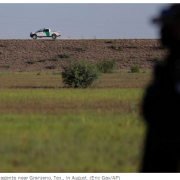 This Nun Has Been Fighting For Migrant Kids For 45 Years

Hundreds of Md. IDs, intended for undocumented immigrants, went to people with... Scroll to top