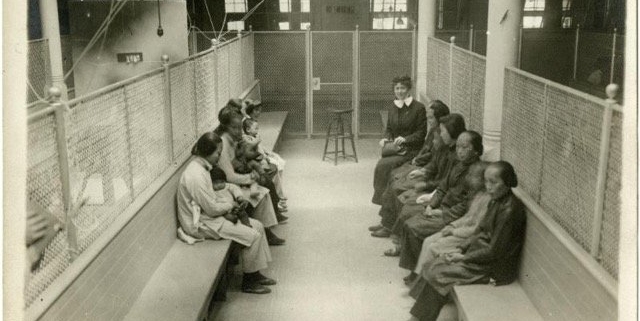 In 1882, Congress voted to ban an entire ethnic group from immigrating to the United States.

The Chinese Exclusion Act, iterations of which remained on the books for over 60 years, had a lasting effect on the history of U.S. immigration, as depicted in a new PBS documentary airing Tuesday.

Filmmakers Ric Burns (brother of Ken) and Li-Shin Yu trace not only the law’s development and implementation but also its connection to other integral parts of American history unfolding contemporaneously, like segregation in the Jim Crow South, urbanization on the East and West Coasts, and trade abroad.

At a screening of the film last week, Burns called the Chinese Exclusion Act a quintessentially American story and described it as the biggest part of American history that people don’t know about, because you would be hard-pressed to find it mentioned in many history courses.

In the film, several historians marvel that some Americans are shocked to learn about the Chinese Exclusion Act.

Many Americans today cannot believe this happened. How could this country, with its culture, with its politics, with its economics, do what it did against a whole class of people? NYU professor John Kuo Wei Tchen says.

But while watching the documentary amid today’s political climate, it isn’t unbelievable at all. Burns and Yu acknowledged that it doesn’t take much effort to see parallels to President Donald Trump’s America – though this was not their original intention, as they began working on the film six years ago, Burns said.

Central to the bill’s 1882 passage were political attacks on Chinese immigrants that labeled them unassimilable and portrayed them as economic threats to white Americans and a filthy scourge on society. The film shows how newspaper headlines and editorial cartoons from that period disseminated this propaganda.

Other right-wing political figures have raised the old complaint that certain immigrants are unassimilable. During an NPR interview earlier this month, Trump’s chief of staff, John Kelly, said that undocumented immigrants are not people that would easily assimilate and don’t integrate well – an uncanny reminder of how this political language persists.

Burns sees another commonality in the rhetoric: the factless nature of claims that immigrants are stealing our jobs.

Both then and now, there’s zero truth to it, he said. These things almost never have any basis in reality. It becomes a function of playing to fears, playing to usually white vulnerabilities, and finding wedge issues for politicians.

The Chinese Exclusion Act tells us all we need to know not just about immigration, but about the story of America.

These parallels make it particularly difficult and infuriating to watch the history of the Chinese Exclusion Act unfold in the film, including how it raised questions about birthright citizenship that were later settled in an 1898 Supreme Court case.

Trump is among those who have relitigated the issue in the decades since: During his presidential campaign, he suggested abolishing birthright citizenship.

There are also echoes of the Chinese Exclusion Act in the legal battle over Trump’s travel ban, which bars people largely from majority-Muslim countries from entering the U.S. It’s yet another compelling piece of evidence for the film’s central argument: The Chinese Exclusion Act tells us all we need to know not just about immigration, but about the story of America.

The events of the film intersect with another grim period of American history: the Jim Crow era in the South. According to the film, the California politicians spearheading discrimination against Chinese immigrants built support for the exclusion act by compromising with Southern politicians trying to pass measures to systematically disenfranchise black people. The political maneuvering, which Burns referred to as horse-trading, essentially amounted to exchanging one form of discrimination for another.

Sexism and misogyny also fueled the fire. Laws that helped lay the foundation for the 1882 bill were particularly discriminatory against Chinese women, who were stereotyped as prostitutes. As Columbia University historian Mae Ngai relates in the film, Chinese women were required to prove they were not prostitutes to be admitted to the U.S, a process so stringent that it effectively discouraged most women from immigrating.

Through these connections, the documentary effectively makes the case that the Chinese Exclusion Act is fundamental to questions of American identity.

Burns and Yu said they intend for the film to be an educational tool, and PBS and the Center for Asian American Media are distributing it to schools so that learning about Chinese exclusion becomes a given in U.S. history class.

The Chinese Exclusion Act premieres on PBS on Tuesday at 8 p.m. Eastern. 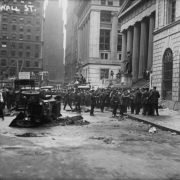 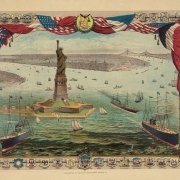 The Story Behind the Poem on the Statue of Liberty 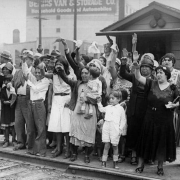 The Complicated Truth About What U.S. Citizenship Means Today

Republican leaders hold off coup on immigration — for now ‘We’re closed!’: Trump vents his anger over immigration at... Scroll to top