House Republicans are looking to President Donald Trump to help them pass a GOP solution for Dreamers. But even if he weighs in, it’s unclear that the bill will make it across the finish line.

Conservatives have not committed to voting for the framework GOP leaders crafted after weeks of negotiation with moderate Republicans and the far right. The final details of the bill are still being worked out, and conservatives in the past few days have sought to secure additional enforcement boosts in the legislation – provisions that worry moderates and GOP leaders.

Still, Speaker Paul Ryan told his conference during a closed-door meeting Wednesday morning that Trump was excited about the prospects of passage. White House senior policy adviser Stephen Miller, an immigration hard-liner, came to the Hill on Wednesday afternoon and encouraged the 160 conservatives in the Republican Study Committee to support the bill.

We’ve been working hand in glove with the administration on this to make sure that we’re bringing a bill that represents the president’s ‘four pillars’ so that we can come together, have the votes that everyone is looking for but more importantly, this represents a consensus between our members so that we can move forward on the immigration issue, Ryan told reporters Wednesday. It’s a product of good compromise.

That’s not the full story, however. While GOP leaders have worked closely with both factions, there is still no agreement between moderates and conservatives, and many senior Republicans say they’re not convinced this compromise will pass.

Can [Trump] move 100 people because he says he likes it? The answer is no, House Freedom Caucus Chairman Mark Meadows (R-N.C.) said. Can he move a dozen or so? Yes.

Ryan’s office was originally expected to release the draft bill Wednesday, but that timeline appeared to be slipping Wednesday afternoon. The proposal would allow more than 1 million Dreamers to eventually find a pathway to citizenship. The bill would also include $25 billion for Trump’s border wall with Mexico, and safeguards to ensure that if any money for the wall is rescinded in the future by Democrats, Dreamers’ pathway to the legal system would be shut off.

The bill would curb family migration and end the visa lottery program, transferring all of those visas to a new merit-based green-card program that Dreamers and other immigrants could apply for.

With those provisions, the plan aligns well with what Trump proposed earlier this year, which was rejected by a bipartisan Senate majority.

Still, some conservatives remain skeptical of the legislation. Republican Study Committee Chairman Mark Walker of North Carolina has mused that the new path to citizenship provided in the draft text, while concocted by a conservative in the Freedom Caucus, might be considered a special pathway. That’s a toxic word for conservatives who are loath to give Dreamers preferred status over immigrants who came to the U.S. legally.

After Miller’s meeting with the RSC, however, Walker seemed to warm to the new merit-based green-card program, though he said he still has a number of concerns he wanted to address.

“We’re for keeping our powder dry at this point,” Walker said, adding that he wants to learn more about whether Dreamers’ parents could get legal status. “I like a merit-based immigration plan … but that doesn’t mean I have to greenlight everything else associated with this at this point.”

During the meeting, Miller told conservatives that the bill is “the best thing we’ve seen since 1965, with the original immigration law that we have, according to GOP Rep. Dennis Ross of Florida, who was in the meeting. And to kill the bill, he said, would be to accept the status quo, which is inappropriate for us.

Rep. RaÃºl Labrador (R-Idaho), himself an immigration hard-liner, also appeared to argue in favor of the proposal during the RSC meeting. Labrador, a Freedom Caucus member, was central to crafting the new bill, but it is unclear whether others in the caucus will follow him.

Some of the conference’s most far-right members, including Meadows and House Freedom Caucus co-founder Jim Jordan (R-Ohio), have refused to endorse the compromise bill, at least until text is released. Still, Jordan touted the outcome as a win for conservatives, even if the leadership bill and a bill sponsored by Rep. Bob Goodlatte (R-Va.) fail on the House floor.

Meadows also threw cold water on the idea that the White House was backing the compromise bill despite Ryan’s assertions Wednesday morning, noting the lack of legislative text.

To suggest they’re strongly supportive of this is just inaccurate, Meadows told reporters. Ask Stephen [Miller] if he’s seen a bill. Maybe he saw one in North Korea, but I haven’t seen one in Washington, D.C.

Conservatives have also pushed hard to include E-Verify, a mandate requiring all businesses to verify the legal status of their workers. But GOP leaders and moderates argue that would complicate the bill and keep it from passing.

Moderates and conservatives continue to meet to try to reach a deal on the final legislative text.

Ryan’s announcement late Tuesday night that the House would vote on immigration legislation next week abruptly halted a push from GOP moderates who were threatening to join with Democrats and force votes codifying the Deferred Action for Childhood Arrivals program.

Lawmakers emerging from the GOP Conference on Wednesday morning predicted passage of whatever compromise emerges. Ross, who previously considered signing the moderates’ discharge petition, said the entire exercise was successful in creating a process to trigger immigration votes, even if he didn’t ultimately join his centrist colleagues.

Some moderates were clearly feeling defensive for failing to garner the 218 signatures needed for their discharge petition. Rep. John Katko (R-N.Y.) told reporters that moderates had the signatures Tuesday night if they wanted them but decided not to add them, which was disputed by several moderate and leadership sources following the issue closely.

We reached a compromise, Katko said – even though conservatives have not agreed to anything.

Public spin aside, many moderates tell POLITICO they feel discouraged, though some of them remain optimistic.

The centrists say conservatives have been unfairly tough in negotiations, and they’re unhappy that leadership picked off their would-be petition signers who could help them force immigration votes. Their last hope is in getting a deal with conservatives – and that the president will help GOP leaders pass something. 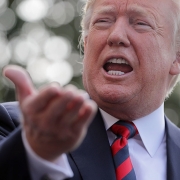 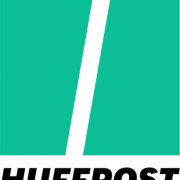 On Immigration, Mr. Trump Shows Congress It’s on Its Own 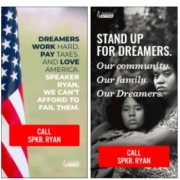 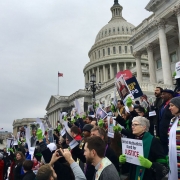 Immigration activists are pressuring Democrats to pass the DREAM Act, even if it means a government shutdown 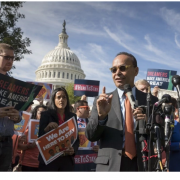 Trump offers support for House GOP immigration bill, but it may not be enou...