A billionaire Florida healthcare mogul and Republican megadonor says he will cut off contributions to elected officials and candidates who refuse to fix immigration laws.

Mike Fernandez, long at odds with President Donald Trump over deportations, told POLITICO in a phone interview he’s behind a broadening strategy among donors to punish politicians who will not sign a discharge petition in the House that would trigger a congressional showdown over the fate of hundreds of thousands of so-called Dreamers.

Over the last 10 years, the Republican Party has received $47 million from me, in state, gubernatorial and party contributions, Fernandez said. I’m not writing one penny to any of them anymore.

The Cuban-born Fernandez is one of a growing number of GOP donors who are demanding Congress take action on the Obama-era Deferred Action for Childhood Arrivals program, which Trump canceled last year. Last week, former Exelon chairman John Rowe and Weather Tech CEO David MacNeil told POLITICO they would curb resources to Republicans over the issue.

Fernandez said Tuesday he’s enlisted dozens of businesspeople in Florida, North Carolina and Tennessee who will abide by that commitment, and close up their pocketbooks to politicians who won’t take action on DACA. He implored House Speaker Paul Ryan to get a backbone and allow a debate on immigration to advance to the chamber’s floor. As of Tuesday, just three more signatures were needed on the discharge petition.

The discharge petition is to bring the issue to the floor and let a resolution come, if it comes from the White House, if it comes from Democrats, let it come through. No one should have the authority to prohibit a debate on the House floor, Fernandez said. And that is exactly what Speaker Ryan has done in the House. I have been a supporter of Speaker Ryan, I think he’s playing chicken and needs to get a backbone.

In his capacity as co-chair of the American Business Immigration Coalition, Fernandez recently authored an open letter to House Republicans declaring DACA discharge is our litmus for giving.

We, the undersigned, represent reliable donors to the Republican Party. We cannot sit idly by. We urge you to join your 23 GOP House colleagues to sign H Res. 744, a DACA discharge petition filed by Representative Carlos Curbelo (R-FL).Last September, President Trump revoked DACA, putting the lives of 800,000 dreamers, their families and their employers in limbo. We urge you to sign H Res. 744 to provide our Dreamers the opportunity to continue to invest their talents in our economy, our military and our country. 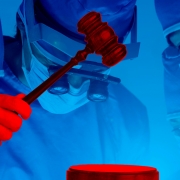 ‘DREAMer’ Doctors in Training Are Now ‘at the Mercy’ of Courts 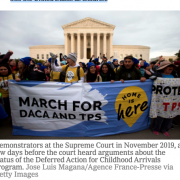 What Is DACA? And How Did It End Up in the Supreme Court? 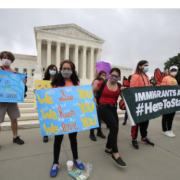 Op-Ed: What DACA has allowed me to achieve for myself and my community 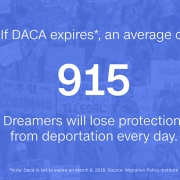 Who is covered by DACA? Teachers, caregivers and more 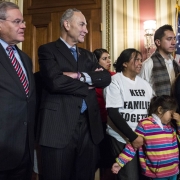 ACLU Sues Over Plans for Citizenship Question on 2020 Census Hundreds of Children Are Being Held at the Border for Longer Than the Law Typically... Scroll to top