WASHINGTON – Census Bureau experts have uncovered serious flaws in a section of the 2020 head count that potentially affect the enumeration of millions, according to people familiar with the census operations, delaying still further the completion of state-by-state population totals that the White House has demanded before President Trump leaves office next month.

Census experts told the Trump administration last month that data-processing delays were making it impossible to meet that schedule, but the agency’s political appointees have continued to press for shortcuts in an attempt to deliver on the White House’s demand. On Friday, people involved with the census but not authorized to make official comments said the latest delay – adding 10 to 14 more days to a process that was already set to end well beyond the Dec. 31 statutory deadline – appeared to doom that last-ditch rush.

The extent of the additional problems – relating to the count of residents of group quarters like prisons, college dormitories or homeless shelters – effectively means that that isn’t going to happen, one official, who declined to be named for fear of retribution, said of meeting the deadline.

The Trump administration needs the bureau’s state-by-state population totals if it is to fulfill the president’s plan to strip undocumented immigrants from the state counts used to reapportion the House of Representatives. Such a move, unprecedented in American history, would produce an older, whiter, more rural population base for reallocating House seats that would mostly benefit Republicans, analysts say.

Many experts see the bureau facing deadlines it cannot possibly meet while maintaining its standards. Some bureau officials remain concerned that Mr. Trump will demand numbers anyway, a move that could plunge the nation into uncharted legal territory if the Democratic House and the new Biden administration reject the results.

The week’s developments are but the latest trials in a beleaguered and fraught census, with career officials forced to steer between a pandemic that all but halted the count for months and political pressure from the White House for results on the president’s timetable – sometimes, some career experts say, with little regard for accuracy.

Anything produced in this compressed timeline the Trump administration has set increases the chances of a corrupted census, Vanita Gupta, the president of the Leadership Conference on Civil and Human Rights, said on Friday. The data problems can be fixed and the deadlines extended. But career census experts need to be able to fix the problems before the count is submitted. If the final data that is sent is shoddy, that could mean a failed census altogether.

Spokespeople for the Commerce Department and the Census Bureau did not immediately respond to requests for comment.

Mr. Trump’s order put enormous stress on the Census Bureau and its system for processing data at a time when it was also contending with the challenge of the pandemic.

With counting operations all but ground to a halt in the spring, the administration asked Congress in April to extend the legal deadline for delivering reapportionment totals to April 2021, rather than Dec. 31.

But in July, Mr. Trump abruptly reversed course, ordering that the Dec. 31 deadline be met. That forced Census Bureau experts to compress five months of data processing into two and a half months.

The Supreme Court heard arguments this week in two lawsuits contending that Mr. Trump’s plan violated federal law and the Constitution, which says the census should count all residents, not just citizens, and requires congressional districts to be apportioned counting the whole number of persons in each state, using information from the census.

The latest problems, which were not discussed at the Supreme Court argument, involve the tabulation of a category – people who live in group quarters – that totaled about 7.5 million residents in 2010, according to that year’s census.

To provide accurate numbers, the census asks for advance estimates from the institutions that house many people and then matches those estimates with the totals it receives from census-takers in the field. This month, data processing operations have turned up large discrepancies between the two numbers, differences that can probably be resolved only by further review and in some cases returning to the field. (For example, a homeless shelter or a prison might have expected to house a larger number of daily residents than it actually had when the census was conducted.)

By itself, that is not unusual; the bureau found similar variances in censuses in 2010 and 2000. In 2013, the bureau described how the numbers for residents of group quarters were resolved in a chart that is part of the 2010 census Planning Memoranda Series – effectively reducing the process to a historical footnote.

Moreover, the discrepancies are exceptionally large this time because the coronavirus pandemic disrupted census work and led many residents of group quarters to move in the middle of the head count. This category includes college students in dormitories or off-campus apartments, many of whom returned home when the pandemic forced an end to in-person classes.

Terri Ann Lowenthal, a longtime census expert and consultant to a range of groups pressing for an accurate count, said the problems were not unexpected. She noted that the Census Bureau had cut back a dry run of its group quarters count and a post-count error check because of budget problems during a census dress rehearsal in 2018.

I’ve been raising a red flag about the group quarters operation, she said. I think the pandemic exacerbated problems the bureau has had historically with ensuring an accurate count of group quarters residents.

In meetings this week, the bureau ordered teams to find the source of the problems and recommend fixes by Sunday.

Problems counting university students appear to have been worsened by requirements of federal privacy laws that Congress failed to address before the count began. At least one university omitted last names of its dormitory residents in files sent to the bureau. Many schools did not turn over addresses of students who lived off campus but returned home, meaning that census-takers in college towns had no idea whether vacant apartments they found were truly empty or should be counted as a student’s place of residence.

Multiply that by millions of people who moved during the pandemic – children who brought parents home from nursing homes, jobless children who moved in with parents, relatives who consolidated households when money ran short – and the scope of the bureau’s problems becomes apparent, said Rob Santos, the vice president of the Urban Institute and president-elect of the American Statistical Association.

They could be in a situation where they don’t know what they don’t know, and by the time they find out, it’s too late, Mr. Santos said. I don’t have high confidence that this can be done in two weeks, or three weeks, or a month. I think the Census Bureau needs time to do its due diligence, sort out the problems and fix them.

In telling the administration last month that they would be unable to deliver totals to Mr. Trump before he leaves office, the bureau’s experts cited unidentified anomalies in the data that had to be resolved before work could continue.

In a letter released this week, the House Committee on Oversight and Reform stated that internal documents obtained from the Census Bureau described 13 anomalies identified as of Nov. 19 that impact more than 900,000 census records. The documents noted that if new anomalies were identified, additional time may be required for comprehensive release.

Officials say that the group quarters discrepancies were among those anomalies, and that the true scope of the problem became known only as it was investigated.

With prospects of meeting the White House deadline increasingly dim, the bureau’s political appointees have ratcheted up pressure on career experts to meet it anyway, scrutinizing the data-processing timeline for operations that could be shortened or delayed.

Supreme Court arguments this week suggested that Mr. Trump’s effort to strip undocumented immigrants from reapportionment totals would face a second challenge – compiling an accurate count of people in the country illegally. Under questioning, Jeffrey B. Wall, the acting United States solicitor general, said that count is fairly fluid. 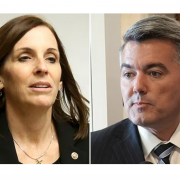 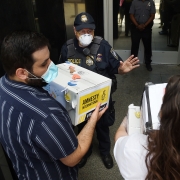 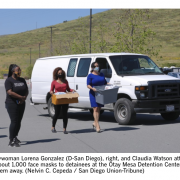 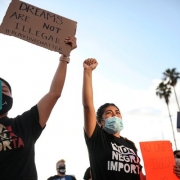 Democrats gear up to hit GOP senators on DACA
0 replies