President Trump has used emergency powers during the coronavirus pandemic to implement the kind of strict enforcement regime at the U.S. southern border he has long wanted, suspending laws that protect minors and asylum seekers so that the U.S. government can immediately deport them or turn them away.

Citing the threat of mass, uncontrolled cross-border movement, the president has shelved safeguards intended to protect trafficking victims and persecuted groups, implementing an expulsion order that sends migrants of all ages back to Mexico in an average of 96 minutes. U.S. Border Patrol agents do not perform medical checks when they encounter people crossing into the country.

Homeland Security officials say the measures are necessary to protect U.S. agents, health-care workers and the general public from the coronavirus. Tightening controls at the border and preventing potentially infected populations from streaming into the United States minimizes the number of detainees in U.S. immigration jails and border holding cells.

At a time when much of the nation is locked down, they say, strict border controls are an essential public health response, as each unmonitored crossing potentially exposes U.S. communities to what Trump has called an invisible enemy.

The border with Mexico and the huge steel barrier the president is building there – still under constant construction during the crisis – remain key campaign issues for the president. During White House briefings on the pandemic, Trump has repeatedly brought up his border wall project, unprompted, and has touted construction progress, overstating the number of miles crews have completed as he says he is fulfilling his 2016 campaign promise.

Trump has for years assailed U.S. immigration laws as too lenient, and the global pandemic has allowed the president to drop many of the policies and legal protections he calls the worst immigration laws ever. In their place, he has created a pilot test for the impact of the more draconian measures he has long advocated.

The most immediate impacts are that migrants who illegally cross the U.S. border are no longer taken to border stations where they would have the chance to file a claim for humanitarian protection and access to U.S. immigration courts, and some unaccompanied minors who typically would receive protection and shelter also are being turned away.

We are appalled at the way things are being handled, said Linda Rivas, director of the Las Americas Immigrant Advocacy Center in El Paso.

Some migrant advocates say they worry Trump will be slow to lift the emergency measures once the coronavirus outbreak is no longer a crisis.

The border has always been a symbol in his larger worldview about dangers coming from the outside, said Andrew Selee, director of the Migration Policy Institute in Washington. The coronavirus may go away, but there’s a chance you could see these measures stay in place long after epidemic begins to recede.

In the past 10 days, illegal crossings along the Mexico border have plunged nearly 40 percent, returning to the lowest levels of Trump’s presidency, according to preliminary tallies by ­senior Customs and Border Protection officials, who spoke on the condition of anonymity because they were not authorized to discuss the trends publicly.

Citing the emergency declaration from the Centers for Disease Control and Prevention, Homeland Security officials have bypassed court-ordered due process protections for minors, asylum seekers and others as they return border-crossers to Mexico as quickly as possible. The migrants taken into custody now are tallied as encounters rather than apprehensions, and they are expelled from the country rather than formally deported.

CBP officials say their marching orders are to turn migrants around as fast as possible to minimize the risk of exposure to the virus. After running quick background checks on criminal records, agents gather the migrants’ biometric info at open-air field stations before loading them into vans and taking them to Mexico.

Under normal circumstances, underage migrants who arrive without a parent receive protection under U.S. anti-trafficking laws; they are typically routed to Department of Health and Human Services shelters until they can be safely placed with family members or guardians. Under Trump’s emergency orders, minors are being swiftly removed from the country, some of them flown back to Central America. Those who arrive with a grandparent or adult sibling are deported as part of a family group, despite the U.S. government’s insisting for years on a strict definition of family that is limited to biological parents and their minor children.

On Thursday, CBP did not refer any children to shelters overseen by HHS’s Office of Refugee Resettlement, the first time in recent memory that has occurred, according to the ORR.

Asylum seekers – those who say they are fleeing persecution in other countries – would normally get to make their case in court. Some of them would be allowed to stay in the United States, some would wait in Mexico, and some would be sent to other countries to claim asylum there. It was this category of migrants that drove a historic surge at the border last year, and there is now an even greater likelihood that these migrants will be deported back to the countries they are fleeing, or turned away without due process.

Asked to clarify the circumstances under which the emergency health orders – known as Title 42 – are applied, CBP declined to respond, saying the information would be used to bypass the nation’s immigration enforcement efforts.

If specific circumstances guaranteeing exemptions from Title 42 expulsion were to be made public, they would be exploited by human smugglers, said Matthew Dyman, a CBP spokesman.

According to an internal memo obtained by ProPublica, migrants would be ineligible for the expulsion orders if they make an affirmative, spontaneous and reasonably believable claim they fear being tortured in the country they are sent back to.

In those instances, agents must seek the approval of their supervisors before taking an asylum seeker back to a Border Patrol facility, according to the new rules, dubbed Operation Capio.

This is an anomaly, said one CBP official who was not authorized to speak publicly about the measures. The norm is not applicable in this environment under these circumstances.

Selee said the administration might be slow to lift the emergency measures even after the pandemic subsides. Governments around the world that have struggled with a surge of asylum claims could use the pandemic as a back door to toughen immigration laws and implement other restrictions, he said, because it’s harder to question a health rationale.

When he announced the new restrictions last month, Trump cited the threat of mass global migration that would badly deplete the health-care resources needed for our people. Mexico has confirmed fewer than 1,500 positive cases of the virus so far, less than 1 percent of the number in the United States, but testing there is not widely available. Many countries have seen major spikes in coronavirus cases just weeks after discovering their first few, as has happened in the United States.

Every week, our border agents encounter thousands of unscreened, unvetted and unauthorized entries from dozens of countries. And we’ve had this problem for decades, Trump said. In normal times, these massive flows place a vast burden on our health-care system, but during a global pandemic, they threaten to create a perfect storm that would spread the infection to our border agents, migrants and to the public at large. Left unchecked, this would cripple our immigration system, overwhelm our health-care system, and severely damage our national security.

Despite the recent drop in crossings, CBP officials and border agents say they fear a rush on the border if Mexican hospitals are overwhelmed, especially in the large border cities such as Ciudad Juarez and Tijuana that are home to millions of people, many of whom work in cramped assembly plants. The economic damage from the pandemic is likely to trigger millions of layoffs in Mexico and Central America, potentially creating new emigration pressures.

U.S. and Mexican authorities say they are cooperating closely to secure the border. In an extraordinary step, Mexico is accepting the return of adults and families from Guatemala, Honduras and El Salvador who are expelled.

The Mexican government said it will accept those returns on a case-by-case basis, but in practice, it is taking back virtually everyone from those three nations in addition to Mexican nationals, CBP officials say. The four countries account for more than 85 percent of unlawful border-crossers into the United States.

U.S. and Mexican border authorities also have limited the traffic at the international bridges to essential travelers and commerce. Humanitarian groups have been urging migrants to leave border camps and relocate to areas with better sanitary and health conditions.

Mexican nationals and those expelled from the United States in recent days have been quickly loaded onto buses and taken to other Mexican states, advocates and attorneys say. It is unclear whether the people were encouraged or forced to board the buses, but Sister Norma Pimentel of Catholic Charities said it is part of a broader campaign by Mexican immigration officials to clear the border.

There is an interest from the Mexican government to encourage people to leave and tell them it’s best they go, Pimentel said.

Migrants said they are worried about the coronavirus outbreak but do not feel like they have many options. They do not want to leave the border area and miss appointments once U.S. immigration courts resume operations – whenever that happens. They said they fear Mexican authorities will coerce primarily Central American migrants to board buses without knowing where they are headed.

In Ciudad Juarez, migrants enrolled in the Migrant Protection Protocols program – known as Remain in Mexico – are continuing to arrive at U.S. ports of entry in the wee hours of the morning, unaware that their hearing dates have been rescheduled because court has been suspended.

Rivas, of El Paso’s Las Americas Immigrant Advocacy Center, said migrants are risking exposure waiting on bridges, where social distancing is impossible. Asylum seekers cannot be assured of a new hearing without walking to the bridge because authorities have not collected addresses or created a system to serve legal documents or notices to migrants waiting in Mexico, she said.

That’s absurd, Rivas said. They’re given a piece of paper and told to go away.

Everyone – sick children, asylum seekers with disabilities, and migrants in protected groups who are entitled to relief – is being rejected at ports of entry after the federal government effectively shut down the border to immigrants, Rivas said.

Juarez’s shelters are at high risk for spreading the coronavirus, she said, and attorneys are having to navigate life-or-death decisions with their clients.

We are going in blindfolded as we try to advocate because Border Patrol is unclear about their criteria, Rivas said.

Physician Hannah Janeway of the Refugee Health Alliance has been working closely with shelters to prepare for the virus, but the conditions and tight quarters will make stopping the spread nearly impossible. The shelter spaces are difficult to keep clean, residents might not have regular access to showers, and space for quarantining high-risk migrants is limited. The local Mexican health system also is taxed.

We created this situation at the border where there are thousands of people in these shelters waiting for their numbers to be called, she said. If people get sick in the shelters, their deaths are going to be our faults. They are in these conditions that will ultimately lead them to their deaths or severe disability. And why? Because they were scared enough to leave the only country they knew, to seek refuge. 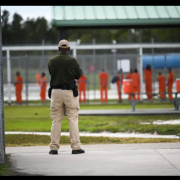 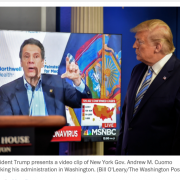 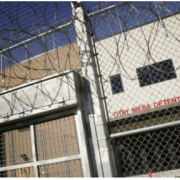 Trump can’t defeat the coronavirus. But he can wage war on immigrants.