DHS Secretary Says What We’ve All Been Thinking: The Immigration System Is “Completely Broken”

But the man in charge won’t be the one to fix it. 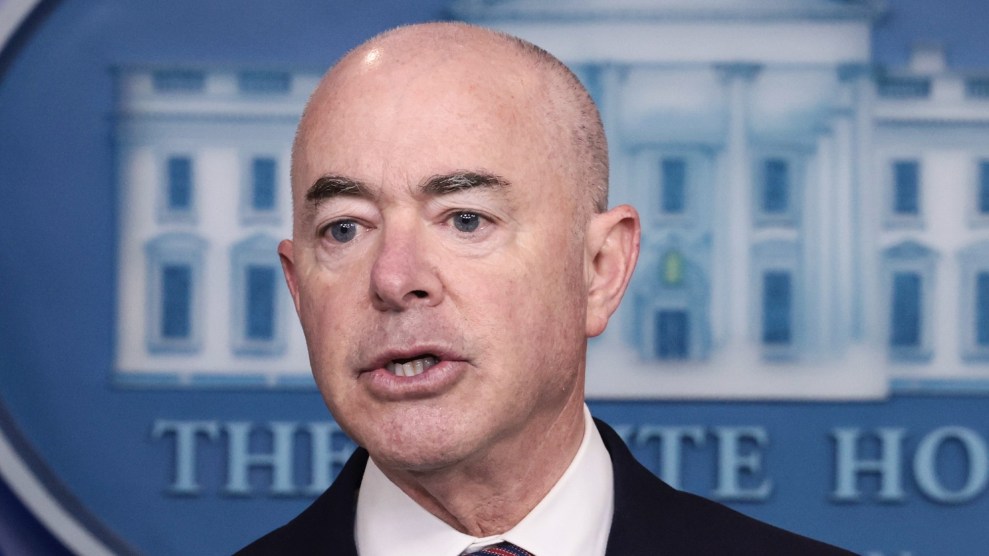 Speaking with candor on Meet the Press on Sunday, Department of Homeland Security Secretary Alejandro Mayorkas acknowledged that “we are working in a completely broken system.” No kidding.

After a week in which Border Patrol agents on horseback corralled Haitian migrants at the Texas border with whip-like cords and shipped thousands back to the island country—leading to the resignation of the US Special Envoy for Haiti—Mayorkas’ admission seems like a bit of an understatement.

But Mayorkas doesn’t appear ready to fix that broken system. In the same interview, Mayorkas defended the decision to send 2,000 migrants back to Haiti, though many of them have not stepped foot in their home country for years. Mayorkas said the expulsion was necessary under Title 42, a public health policy invoked by President Trump as justification to turn asylum seekers away at the border.

Democrats’ Free Pass on Immigration Is Over