Last November, a Congolese woman in Mexico approached a U.S. port of entry near San Diego with her 7-year-old daughter. The woman, who is identified only as Ms. L. in legal proceedings, told U.S. immigration officials in broken Spanish that she wanted to apply for asylum. Those officials found that Ms. L. had a reasonable fear of persecution and was eligible to begin the asylum process. Then the federal government took her child.

When the officers separated them, Ms. L. could hear her daughter in the next room frantically screaming that she wanted to remain with her mother, her lawyers told a court in February. No one explained to Ms. L. why they were taking her daughter away from her or where her daughter was going or even when she would next see her daughter.

Ms. L. spent the next four months detained in a Southern California detention facility. Her daughter, identified only as S.S., was sent halfway across the country to a separate detention center in Chicago for four months. U.S. officials allowed only a handful of brief phone exchanges between the two over the next few months. Only after the American Civil Liberties Union intervened on Ms. L.’s behalf, with a federal lawsuit against several immigration agencies and Attorney General Jeff Sessions, did the Department of Homeland Security return S.S. to her mother’s custody.

Cruelty is both the means and the end. It’s the thread that runs through ICE’s strategy of instilling terror in immigrant communities, the Department of Homeland Security’s restrictive approach to refugees and asylum-seekers, the White House’s decision to rescind temporary protected status for hundreds of thousands of settled immigrants, Sessions’s decision to reopen 350,000 cases for potential deportation, and much more.

Much of this cruelty springs from Trump himself, who rose to power with unabashedly racist rhetoric toward immigrants and non-whites. In announcing his campaign in 2015, he smeared Mexican immigrants as murderers and rapists, and later that year called for a total and complete shutdown on Muslim immigration. The presidency didn’t change him. In a meeting with lawmakers in January, he complained about immigrants coming from shithole countries in Africa and and the Caribbean.

Trump refuses to accept responsibility for the consequences of his immigration policies. Over the Memorial Day weekend, he even suggested that because Democrats oppose his proposed border wall, they’re to blame for the separation of parents and children at the border.

Trump is right that it’s horrible. But it’s not a law, and Democrats, who are out of power in Washington, are hardly responsible.

Rather, this is a Trump administration policy: Attorney General Jeff Sessions announced in May that the Justice Department would begin prosecuting every person who illegally crosses the U.S.-Mexico border. If you’re smuggling a child, then we’re going to prosecute you, and that child will be separated from you, probably, as required by law, he said. If you don’t want your child separated, then don’t bring them across the border illegally. It’s not our fault that somebody does that.

As of Wednesday, there were 10,852 migrant children in government custody without their parents, a 22 percent increase over the past month. U.S. immigration officials claim that family separation is necessary to prevent human trafficking, especially in cases where the parents can’t prove their relationship to the children. For instance, the government refused to return 7-year-old S.S. to Ms. L. until a DNA test came back positive.

In the meantime, children are placed in an opaque and indifferent system regardless of their age or condition. The Houston Chronicle recently profiled Esteban Pastor, a Guatemalan migrant who said he came to the U.S. to earn money to care for his sick toddler. Officials captured him and sent his child to an unknown federal shelter, then deported him three months later without returning his son, who is still believed to be somewhere in Texas.

In his tweet on Saturday, Trump suggested that he would stop separating families only if some of his other draconian immigration policies are enacted. It’s the same playbook he used with DACA, the Obama-era program protecting roughly 800,000 undocumented immigrants who were brought to the U.S. as children. Trump ended the program by executive order in September, then called on Congress to pass legislation protecting those very immigrants-so long as lawmakers also funded his border wall and ended so-called chain migration. (The Senate rejected compromise bills in February, but a court ruling in April has allowed DACA recipients to renew their status for now.)

Trump is causing misery for political leverage: making decisions that harms thousands of people in the hopes of enacting policies that would harm thousands of others. But for all the ways Trump has made America’s immigration system more socially destructive, its problems run much deeper than just this presidency-and a simple change in leadership can’t fix it.

A report released earlier this month by the ACLU of San Diego and Imperial Counties found evidence that suggested widespread abuse and neglect of unaccompanied immigrant children while in Customs and Border Protection custody between 2009 and 2014 under the Obama administration. Based on 30,000 pages of internal records, the report describes allegations of physical and verbal abuse towards minors, including excessive Taser use and sexual assault. Federal officials had allowed a culture of impunity to flourish within CBP that thwarted meaningful oversight and made more abuses possible, the ACLU concluded.

Customs and Border Protection strongly disagreed with the ACLU, saying that the report equates allegations with fact and flatly ignores reforms made by CBP as well as oversight conducted by outside independent agencies over the last decade. The agency also noted that the Department of Homeland Security’s inspector general hadn’t found any misconduct during 57 unannounced site visits in the summer of 2014.

Mitra Ebadolahi, who co-authored the ACLU report, disputed DHS’ rebuttal. There are no indications that any meaningful changes have taken place, she told me. She noted that there was no evidence that the site visits had included interviews with the victims themselves, which would limit their efficacy in uncovering wrongdoing. Investigations by DHS’s internal watchdogs were plagued by lengthy delays and insufficient resources.

At every turn, the system is telling them they can get away with whatever they want, and that’s got to stop, said Ebadolahi, a staff attorney at the ACLU. It’s not a partisan issue. Anyone who cares about the rule of law, who cares about freedom, should be upset by that.

Earlier this year, I noted that insufficient oversight was one of the many intrinsic flaws of the bloated Department of Homeland Security. The best solution, I argued, would be to dismantle the department and redistribute its functions elsewhere in the federal government. Congress could then use the opportunity to build a more humane and equitable immigration system. The Obama administration’s inability to rein in its abuses shows the depth of the problem. And the Trump administration’s willingness to commit further cruelty only underscores the urgency in solving it. 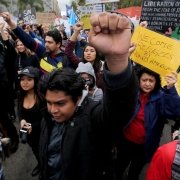 How the Trump administration is turning legal immigrants into undocumented ones 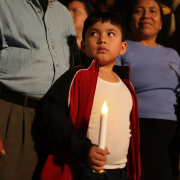 Shelters for Child Migrants Near Capacity as Children Are Separated From Parents...