Maria Lopez was skeptical when President-elect Joe Biden announced early in the year that he would send a groundbreaking legislative package to Congress that would overhaul U.S. immigration policy and offer a pathway to citizenship for 11 million people, including herself and her parents.

A group of Democratic senators, led by Sen. Catherine Cortez Masto of Nevada, sent a letter to the US Citizenship and Immigration Services demanding an explanation on processing delays for applications related to the Deferred Action for Childhood Arrivals program on the day of the program’s ninth anniversary, CNN has learned.

In a unanimous decision on Monday, the Supreme Court eliminated one of the few paths to a green card for immigrants with Temporary Protected Status who entered the United States unlawfully.

Undocumented immigrants who arrived to the United States as children have been banking on an Obama-era program to shield them from deportation for years, living in a state of perpetual limbo and waiting for either legislation that will give them permanence or a court decision that could take away any protection they have. 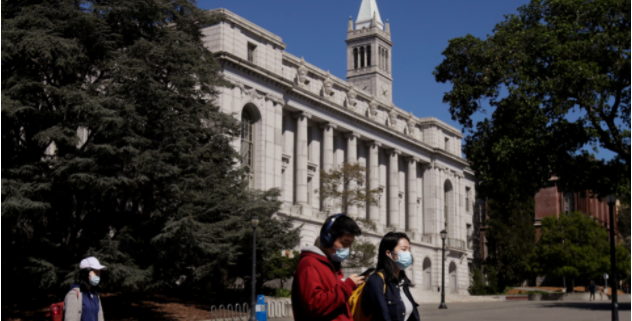 A recent Moody’s analysis found that last year’s decline in international students and the bureaucratic strain of Covid are likely to hurt university finances for “several years.”

Myth: They’re Changing Our America. Fact: We Are All American Dreamers. Immigrants in this country have forged the American Dream and they continue to define it. Foreign-born immigrants make up no greater percentage of the U.S. population today than they did 160 years ago. America was settled by immigrants who were often prisoners,paupers, undesirables, political […] 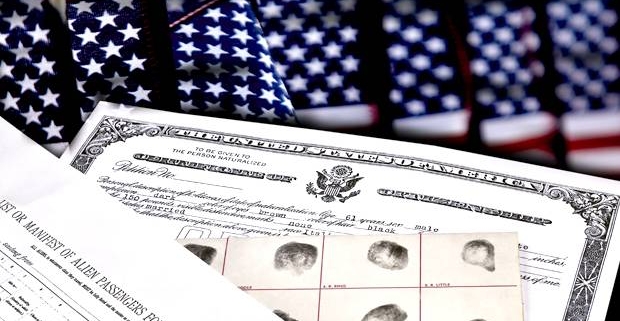 Big changes are afoot on immigration policy as the right continues to deploy its familiar talking points, feeding into the Trump punitive juggernaut. Unfortunately, the current public discourse – whether around the Muslim ban or the expulsion of criminal aliens – remains mostly free of historical, legal and philosophical nuance. We are lurching from one dramatic executive order to another without much sense of how we got here and what realistic remedies we can pursue. If we are going to move forward on immigration, we need to immerse ourselves in the historical and constitutional dilemmas that have led to the current crisis. 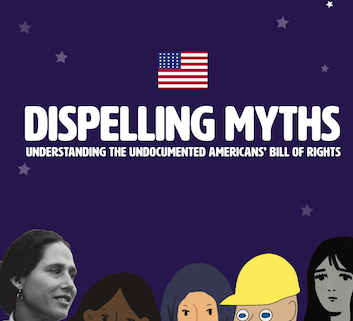 We, the Undocumented Americans, submit our Immigrants’ Bill of Rights with the same determination as the nation’s founders to incorporate these rights into the law of the land. We are the living embodiment of the American Dream and how we are treated reflects the country’s commitment to its own ideals. Join us in upholding these ideals.

END_OF_DOCUMENT_TOKEN_TO_BE_REPLACED

The challenge in debunking all the myths about immigrants is that they have become the accepted national response to a complex issue involving 11 million real people that can’t be addressed in sound bites. Instead of a thoughtful debate, we get chest-pounding and fear-mongering. As America’s Undocumented, we are subjected to stereotypical character-bashing that wouldn’t be allowed or tolerated by any other group in the country — not Women, Asians, Blacks, Gays, Veterans — yet our numbers include all of these and many others.

The immigration myths communicated longest and loudest are meant to drown out the facts and silence us. They appeal to a perverse crowd mentality that wants someone to blame for everything. These myths have been carefully formulated to dehumanize us and make it easier to render us invisible – of no concern or merit, even despicable. They directly contradict the nation’s heritage, rational judgment, actual facts and common decency.

In this column and on our Facts page, UnitedWeStay will set the record straight over the next few weeks – debunking the myths, starting with our alleged rampant criminality.

Myth: We Are All Criminals

There is not one single study that indicates a relationship between immigration and violent crime. The crime rate of first generation immigrants is lower than the overall crime rate among all residents.

In the immigrant population, approximately 1% is found to have criminal records versus 3% in the native-born population. Incarceration rates support this finding with U.S.-born males, ages 18-39, incarcerated at a rate of 3.5% versus a rate of 0.86% for those born outside the U.S. (Migration Policy Institute). The 2010 American Community Survey (ACS) reports roughly 1.6% of immigrant males, ages 18-39, are incarcerated compared to 3.3% of native-born.

According to a Northwestern University study, there is no correlation between immigrants and violent crime.  Another study conducted by the University of Massachusetts found that the foreign-born exhibited remarkable low levels of criminal behavior over lifetimes.

A new report from the American Immigration Council explains that the evidence has been clear for more than a century: high rates of immigration are associated with lower crime rates, and immigrants are less likely to commit serious crimes or be behind bars than native-born. This holds true for both legal immigrants and the Undocumented, regardless of their country of origin or level of education.

With even the slightest brush with the criminal justice system, such as being convicted of a misdemeanor, the Undocumented can find themselves subject to detention for an undetermined period, after which they are expelled from the country and barred from returning. For years, the federal government has redefined what it means to be a criminal alien, using increasingly harsh definitions and standards of criminality that don’t apply to U.S. citizens. New classes of felonies have been created just for immigrants with deportation set as the punishment for even minor offenses.  Immigrants themselves are being criminalized by the system. The result is that the majority of U.S. deportations do not actually target criminals in any meaningful sense of the word.

Many of our national political leaders and pundits will not let these facts get in the way of their daily rants. It is up to us, the Undocumented, to overcome their lies with the power of the truth and the size of our constituency.

Join UnitedWeStay in Debunking All the Immigration Myths

UnitedWeStay asks that you help us debunk the myths, that you add your voice to our website, Facebook page and other social media. We are tackling these myths one at a time and we want to know the ones that enrage you the most. Our goal is to change the narrative with our own stories, to win over public perception and rewrite history. Our time is now.