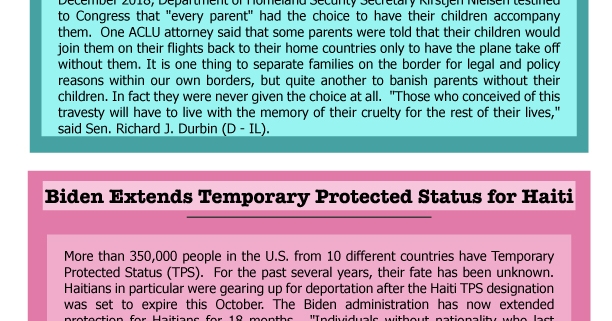 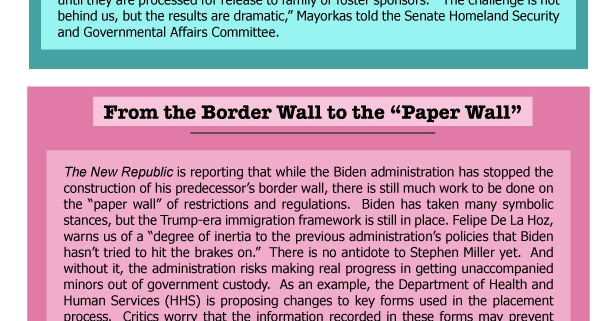 The Department of Homeland Security Secretary, Alejandro Mayorkas, testified before a Senate panel last week that the number of migrant children held in custody by Customs and Border Protection (CBP) continues to fall. 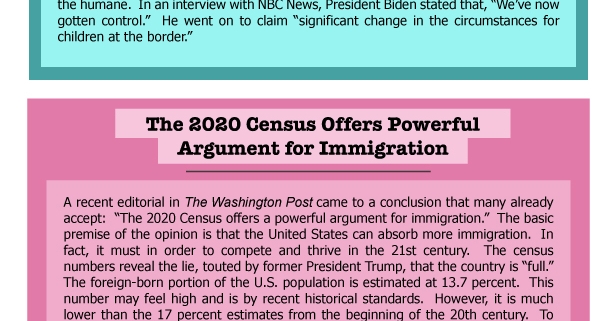 Last week the government reported an 84 percent decline over the the past month in the number of migrant children in Border Patrol custody. We are now at 790 children, down from almost 5,800 in BP custody just a month ago. Not only has the number of children in custody dropped, so has the time that unaccompanied minors are forced to spend in border cells which is down significantly from an average of 1333 hours to 28 hours. 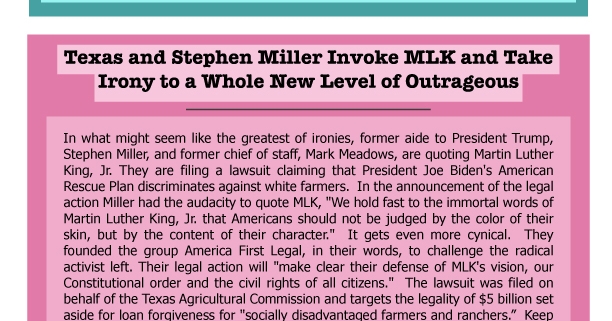 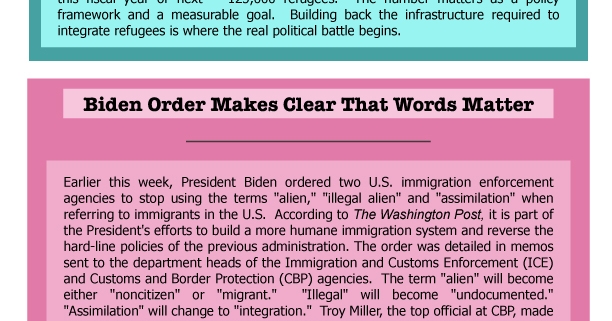 To Raise or Not Raise the Refugee Cap, Biden Order Makes clear that words matter, George W. Bush: “Tone down Rhetoric on Immigration 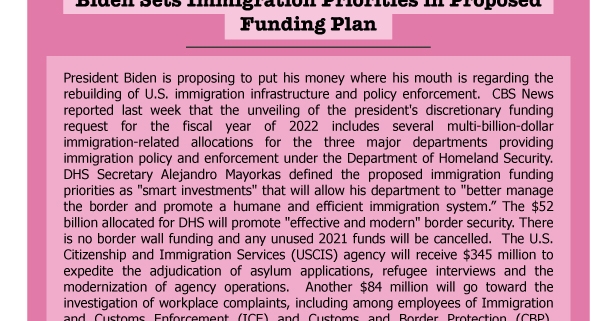 Another nail in the coffin of the Trump Era Public-charge rule. Biden sets immigration priorities in proposed funding plan, Number of Unaccompanied minors at border, doubles from February to March

TPS on the ropes while is holders hang by a thread. Court Appointed monitors find border-processing facilities “Stretched beyond thin”. Immigrant blame game extends to fear mongering over hh1 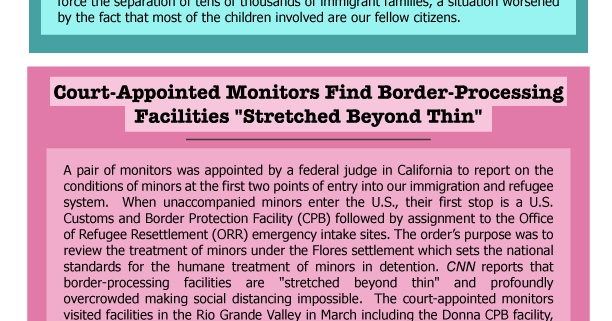