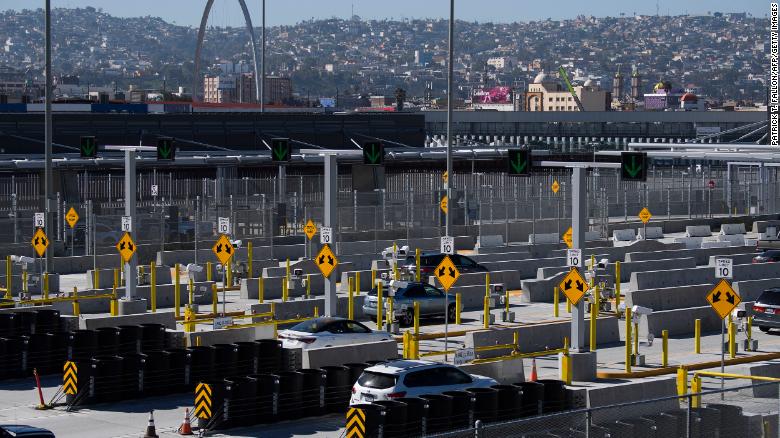 Vehicles enter a checkpoint as they approach the Mexico border at the US Customs and Border Protection San Ysidro Port of Entry at the US- Mexico border on February 19, 2021, in San Diego.

(CNN)The Biden administration faces the possibility of another immigration headache, as it weighs whether to more widely reopen US borders in the near future — just days from the current travel restrictions expiring.