The Trump administration has long said that there’s a right way to seek asylum in the United States: Come to an official port of entry at the border, then invoke the right under U.S. law to humanitarian protection.

But now, thousands of people are being barred from the U.S. precisely because they followed those rules.

Under an administration policy issued last week, most migrants who’ve passed through a third country – say, Mexico – will not even be allowed to request asylum at official border crossings.

That includes thousands of asylum-seekers – from countries like Cuba, Venezuela and Cameroon – who were already waiting at Mexican border towns to gain entry to U.S. ports when the new rule took effect.

Because the Trump administration has strictly limited the number of asylum-seekers allowed to enter most of the US/Mexico border’s busiest ports each day, these migrants signed on to unofficial waitlists and spent months waiting to gain legal entry to the U.S. as asylum-seekers.

One little-noticed consequence of the new policy is that those who decided against entering the US illegally are now paying a price for having followed the rules. Had they simply crossed into the U.S. illegally when they arrived, they would have had their asylum claims heard under the rules in place at that time. But by choosing to wait to set foot on US soil and trigger their asylum rights, they’ll now be subjected to the new regulation once they do enter – a rule which renders most of them ineligible.

The administration made them wait. Indeed, in recent weeks, it admitted fewer asylum-seekers than ever at the border’s busiest crossing in San Ysidro, California: In nine out of the 14 days before the new rule was implemented, no asylum-seekers were allowed to enter the port of entry at all, according to Ryan Krause, a human rights observer with the advocacy organization Al Otro Lado.

Then, with the new regulation, it put up a wall in front of any non-Mexican asylum-seeker who waited.

The new regulation is already facing court challenges, with federal hearings this week in Washington, D.C., and the Northern District of California. Advocates say it will result in victims of persecution being deported to their home countries, in violation of international law. The Trump administration claims it comports with international law by allowing migrants to seek a lesser form of humanitarian protection called withholding of removal, which is harder to qualify for, even if they’re barred from asylum.

Even the acting commissioner of Customs and Border Protection, Mark Morgan, has said the Trump administration expects a federal judge to stay the regulation while it undergoes legal review.

But on the Mexican side of the border, it’s already having real-world effects – ramping up the frustration that migrants stuck in border towns already had, advocates say, and potentially increasing the odds that migrants who’ve been patiently waiting will simply give up and cross the border illegally.

Customs and Border Protection did not respond to a request for comment about the inclusion of migrants waiting at ports of entry in the new regulation, or to questions about why port officials accepted fewer asylum-seekers than usual in the weeks leading up to the overnight rule change.

I understand their frustration, Enrique Valenzuela, of the State Population Council in Ciudad Juarez, Mexico, told ProPublica. People who have been waiting for two or three months say: ‘Hey! We’ve been waiting here! We didn’t cross at some other point. We’re not getting the best end of the deal.’

The migrants who agreed to wait are those most likely to trust the system and care about doing things through established legal channels. People are like, ‘I’m here, I’m doing it legally, I have faith that it’s going to get better, all I can do is wait,’ Krause said. You travel from Africa through 10 countries, through the jungles of Panama, many people got robbed or their friends were killed along the way, people narrowly escaped death themselves – they’ve been through horrible travails and incredibly arduous journey, people aren’t going to be easily shaken by this process here.

But the new rule is just the latest development to wear away at that resolve.

Limits on how many asylum-seekers may enter a port of entry each day – a practice known as metering – have been widespread at many border ports since at least 2018, especially at the high-traffic ones in El Paso, Texas, and San Ysidro.

Customs and Border Protection, which oversees ports of entry, maintains that ports simply lack the resources to process all asylum-seekers who want to enter at once; each port has a limited number of holding cells, for example. Capacity varies substantially from port to port, and from day to day, and officers have to balance their duty to process asylum-seekers with other tasks, like screening vehicles for drugs.

Many human rights advocates say that regardless, the government has an obligation to allow people to seek asylum. Groups led by Al Otro Lado have filed a lawsuit in Southern California challenging metering. It hasn’t moved as quickly as higher-profile immigration policy lawsuits.

The U.S. government doesn’t select who is allowed to cross on a given day; officials simply give a number to their Mexican counterparts of how many people will be allowed to set foot on U.S. soil. Mexican authorities, civil society organizations and asylum-seekers themselves take care of the rest. In Juarez, for example, the list managed by the State Population Council currently has about 5,500 names.

While the longest lists are in Juarez (across from El Paso) and Tijuana (across from San Diego and the San Ysidro port), hundreds-long waiting lists exist even in small border towns across from minor ports. In the shelters of Piedras Negras across from Eagle Pass, Texas, for example, some 400 migrants are currently waiting to be allowed to cross.

Some of these migrants are Mexican. But many are from other countries and therefore subject to the new bar to asylum.

In the six days after the new regulation took effect, Krause said that roughly 30 to 40 non-Mexican migrants were admitted to the port of entry at San Ysidro – from countries including Cameroon, Haiti, Eritrea and Venezuela, as well as the Northern Triangle nations of Central America (Guatemala, Honduras and El Salvador). All of them arrived in Tijuana by the first week of April, and signed up for the waitlist between April 2 and 6.

Any of them could have crossed before July 16 if the port officials at San Ysidro had admitted them when they arrived – or even if they had maintained the pace of admissions from spring 2019, when an average of 40 people were admitted per day, through this summer.

But instead, in mid-June, admissions dropped off drastically. Between July 1 and July 15, an average of six asylum-seekers were admitted per day, Krause said.

And so, when numbers picked up again last week, the migrants admitted – at least the non-Mexicans – were subject to the new regulation.

The waitlists are not recognized by the U.S. government, and no one who has signed them has any protection as asylum-seekers. The lists are simply an effort, often started by asylum-seekers themselves (but now managed in some places by other institutions, like the State Population Council in Juarez) to bring some order to the process.

Meanwhile, ports now have an added demand on their limited resources – sending asylum-seekers back to Mexico after their initial processing to await court hearings, under the Trump administration program known as the Migrant Protection Protocols, or MPP.

Twenty thousand asylum-seekers have been sent to wait in Mexico under MPP since it was first instituted in January – most of them in the last few months, as the program has aggressively expanded. Their asylum claims are moving forward in U.S. immigration courts, but the asylum-seekers themselves are only allowed into the U.S. to attend those hearings. They show up at a port of entry on the day of their hearing, are escorted into the U.S. and then returned after the hearing with instructions to come back on the next court date.

A Department of Justice spokesperson confirmed to ProPublica that asylum-seekers who had first entered the U.S. before July 16 wouldn’t be subject to the new asylum rule, even if they were in Mexico when the regulation went into effect under MPP.

The exact same space and personnel that would be used to process new asylum-seekers are now being used to ship people with existing asylum cases back and forth each day. They’ve chosen to use CBP’s limited capacity to process people for return, Kennji Kizuka, of Human Rights First, said.

Many migrants choose not to wait; in Juarez, Valenzuela of the State Population Council said, an estimated 1,000 of the 5,500 people currently on the waitlist have probably already crossed illegally into the U.S.

There are compelling reasons to try to cross at a port – for one thing, the administration still hopes to reinstate a regulation issued in October that would bar asylum for those who crossed illegally. That regulation was put on hold by the courts days after it was issued, and an appeal will be heard in the 9th U.S. Circuit Court of Appeals in the fall.

But the slowing trickle of admissions (especially in Tijuana) in the weeks before the new rule, followed by the overnight change that rendered so many asylum-seekers retroactively ineligible, have led to confusion, frustration and even despondency, according to Krause.

Some are in some way evaluating the possibility of crossing before it gets hard to do so, Valenzuela said. I ask them every time to be patient, to keep calm, but it’s hard to convince them when they’ve been waiting for two or three months.

Organizers find themselves in the position of counseling patience to migrants who post angry video rants on social media, or who come to them trying to understand rumors of forthcoming changes to the law that will make it even harder to enter the U.S. – changes like the one issued last week.

People have lost faith in the system, trust in the process, Krause said of the migrants waiting in Tijuana. Lately, he added, he’s hearing a lot more questions about what the laws are like in Canada. 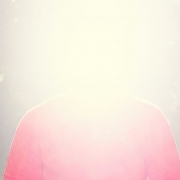 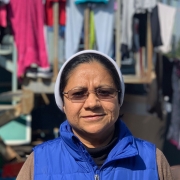 Trump to block migrants and asylum seekers at US-Mexico border 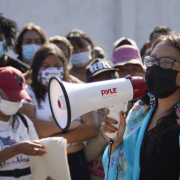 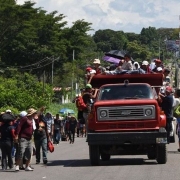 They Came Here Seeking Freedom and Were Imprisoned Instead. Look at Their Faces.
0 replies

14 Iranian American families separated by the travel ban are suing the Trump... Migrants Sent Back by US Dumped in Mexico’s Monterrey Scroll to top