With the flow of refugees into the U.S. at a trickle, many who work with new arrivals worry that the low numbers will have a lasting impact on economies, schools and families in places like San Diego, where many used to resettle.

The International Rescue Committee, a resettlement agency with offices in the San Diego area, released a report Wednesday detailing what it has seen around San Diego Country since arrivals dipped to the lowest numbers the program has seen since it began in 1980.

Since President Trump initiated the first travel ban, refugee arrivals plummeted across the country. So far in fiscal 2018, the U.S. has resettled 14,331 refugees, less than a third of the 45,000 ceiling set by Trump.

Donna Duvin, executive director for the IRC in San Diego, said that her office gets calls at least weekly from area employers asking if there are new arrivals looking for work.

In the past, we would call them and ask for placements, Duvin said. Now employers are calling us seeking potential employees.

Duvin noted that many San Diego jobs are also tied to assisting refugees and worried that organizations would shrink if arrivals don’t increase soon.

How hard is it going to be to build this back up? he said, hopeful that at some point the U.S. will again accept refugees in larger numbers.

Mikey Knab, chair of Business for Good San Diego and owner of Ponce’s Mexican Restaurant, said refugees are important to small businesses in San Diego as employees, customers and owners.

He said he’s constantly hearing from fellow restaurant owners about the trouble they’re having finding line cooks or dishwashers.

There’s a lot of competition for labor, and it’s hard to find good help, Knab said. The refugee community has been a place where we have found good employees who are committed and contribute in a positive way.

He has a friend who owns a restaurant in the City Heights neighborhood who told him that some of his most supportive customers are refugees.

Refugees need help when they first arrive, he said, but they more than make up for it later as their ability to contribute economically increases.

About a third of San Diego County’s entrepreneurs are immigrants, according to a study by New American Economy for the Welcoming San Diego initiative, which makes them more than 22% more likely to start businesses than U.S.-born workers. Refugees, Knab said, are the most likely of any immigrant group to open their own businesses and become entrepreneurs.

For those of us in the position of trying to build long-term successful businesses in this community, we need that kind of drive, Knab said.

People who work with refugee youth are worried that school programs for new arrivals will change if the slowdown continues.

Maureen Magee, spokeswoman for the San Diego Unified School District, confirmed that several schools had seen reductions in new arrival students but said the district does not currently have plans to reduce services for those students.

Laurel Dalsted, development manager at the IRC in San Diego, said the low arrivals are also impacting families. The U.S. used to prioritize reuniting families, but now many have been split apart as the countries that the U.S. will allow refugees to enter from have changed under the Trump administration.

One Somali family made up of two parents, four adult children, their spouses and their children began the approval process together toward the end of 2016 and believed they would be resettled together in San Diego in a matter of months.

The parents and two adult children came with their families. The rest of the family have remained in a refugee camp since the first travel ban blocked people from Somalia from entering the U.S.

Abed Keddo, owner of the Suri Market in El Cajon, employs Syrian refugees. The slowdown of new arrivals has made it easier to find housing for those who do arrive, and rents have come down a little bit, he said.

Still, he has an employee whose daughter is still waiting in Jordan to relocate to the U.S.

She cries every other day when she talks to her daughter, Keddo said.

Though the number of refugees coming to the U.S. has dwindled, the community that supports refugees in San Diego is planning a celebration of World Refugee Day, which officially was Wednesday. The event will take place Saturday from noon to 4 p.m. at the Copley-Price Family YMCA. 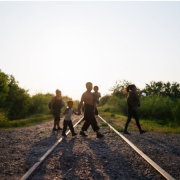 How to Make Progress in the Immigration Debate 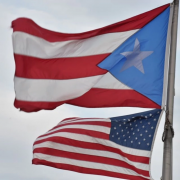 How the U.S. will replace immigrant workers with Puerto Ricans 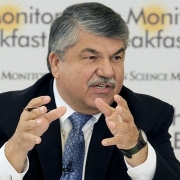 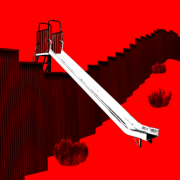 Who Has the Cure for America’s Declining Birthrate? Canada. 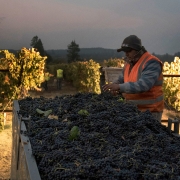 These migrant parents no longer face charges. But they say the damage is do... Scroll to top