The video footage is striking: In a matter of seconds, a young man scales four stories of a Paris apartment building to rescue a child dangling from a balcony.

The rescuer’s name is Mamoudou Gassama, an undocumented immigrant from Mali, and the 22-year-old is being feted as a national hero despite having been in France for less than six months. Paris Mayor Anne Hidalgo announced that the city would support his effort to stay in France, and President Emmanuel Macron welcomed him to the Ã‰lysee Palace on Monday.

At a moment when life is becoming increasingly difficult for immigrants in France, Gassama – christened Spider-Man on French social media – has become an overnight celebrity after his Saturday night heroics.

Macron’s government has cracked down on economic immigrants in particular and has doubled the amount of time that authorities can detain newly arrived undocumented immigrants. Meanwhile, the Interior Ministry has ordered the closure of makeshift migrant camps in Paris; a young male immigrant at one of the camps drowned this month.

But critics of the government’s hard line have seized on Gassama’s example. An online petition calling for him to be granted his residency papers began circulating Sunday night. At their meeting, Macron offered Gassama a job as a firefighter and said that his application for naturalization would be streamlined.

On Tuesday morning, Gassama received his residency permit, a process that typically takes months, and mountains of paperwork, to complete successfully.

He explained to me that he arrived from Mali several months ago, dreaming of building his life here, Hidalgo said via Twitter. I told him that his heroic gesture is an example for all citizens.

Around 8 p.m., he was with his girlfriend in Paris’s 18th arrondissement, or district. As he was walking down Marx-Dormoy street, he saw a crowd gathered below a building, with people screaming and pointing up.

Then he saw the boy, who authorities later said was 4.

I climbed up to save him, voilÃ , Gassama told Le Parisien. I did it because it was a kid. I love children very much.

For many, the question was how the 4-year-old boy had managed to climb over the balcony’s railing in the first place.

The child’s mother was not in Paris at the time, and his father, who had apparently left the boy home alone, was questioned by authorities, a judicial source told Agence France-Presse. 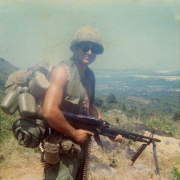 They were immigrants – and real American heroes
0 replies

‘I’ll be killed if I go back’: Undocumented immigrant refuses... This Is Why Trump’s Forced Separation Policy Doesn’t Work Scroll to top