The Trump administration said Monday that 463 parents separated from their children at the southern border were no longer in the United States, many of whom were possibly deported, according to new court filings.

Government officials sent the status update to U.S. District Judge Dana Sabraw just days before a Thursday deadline to reunite as many families as possible. The 463 cases mentioned in the report are listed as under review, and there are no further details about why the parents had left the country without their children. But the Trump administration revealed earlier this month that it had already deported at least 19 migrant parents without their young children.

About 2,500 kids were separated from their families as part of Trump’s zero tolerance immigration policy, meant to deter illegal immigration into the U.S. Many have been held in migrant detention centers and scattered across the country, even after the president signed an executive order in June meant to stop the separations.

Sabraw ordered the federal government to reunite families last month as part of a lawsuit brought by the American Civil Liberties Union, giving the administration a July 10 deadline to unify parents with their children under the age of 5 and a July 26 deadline for children older than 5. The judge also issued a temporary suspension on deportations of reunited families.

Officials said in their Monday filing that 879 parents had been reunited with the kids so far, double the amount since last Friday. An additional 538 have been cleared and are awaiting transportation.

But the number of potential deportations is much larger than those previously reported, worrying immigration advocates.

If this number turns out to be as large as the report suggests, this is going to be a big issue for us, Stephen Kang, an attorney for the ACLU, told The Washington Post. We have a lot of questions.

A hearing is scheduled for Tuesday that will likely provide more detail about the 463 parents no longer in the country. 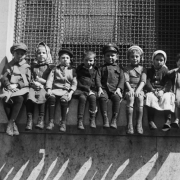 Donald Trump’s immigration policy: Define all Latino immigrants as criminals, then deport them 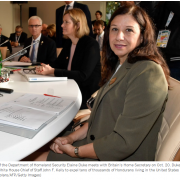 Family Separations Are A Betrayal Of America’s Immigrant History